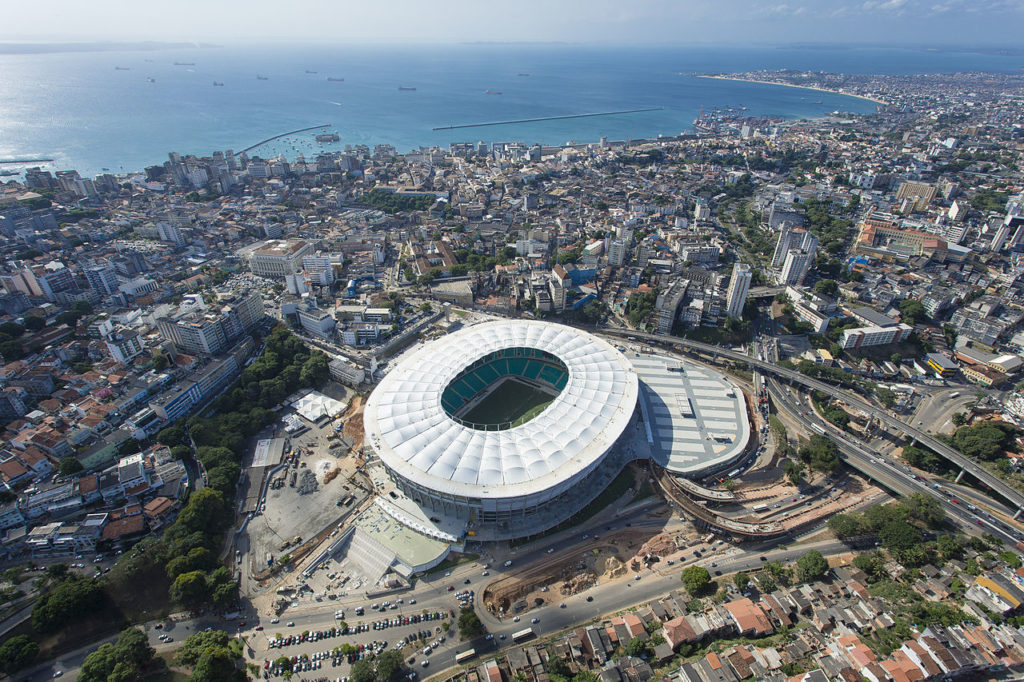 The Itaipava Arena Fonte Nova, also known as Complexo Esportivo Cultural Professor Octávio Mangabeira, is a football-specific stadium located in Salvador, Bahia, Brazil, and has a maximum capacity of 48,000 people. The stadium was built in place of the older Estádio Fonte Nova.

The stadium was first used for the 2013 FIFA Confederations Cup and the subsequent 2014 FIFA World Cup. It was used as one of the venues used for the football competition of the 2016 Summer Olympics.

A group of architects from Brunswick, Germany, which also redesigned the old Hanover stadium into a modern arena for the 2006 Cup, was selected after bidding. Since 2013, the brewery Itaipava from Grupo Petrópolis has the naming rights of the arena “Itaipava Arena Fonte Nova” under a sponsorship agreement until the year 2023, amounting to $100m. This was the first naming rights agreement signed for the 2014 World Cup stadiums.