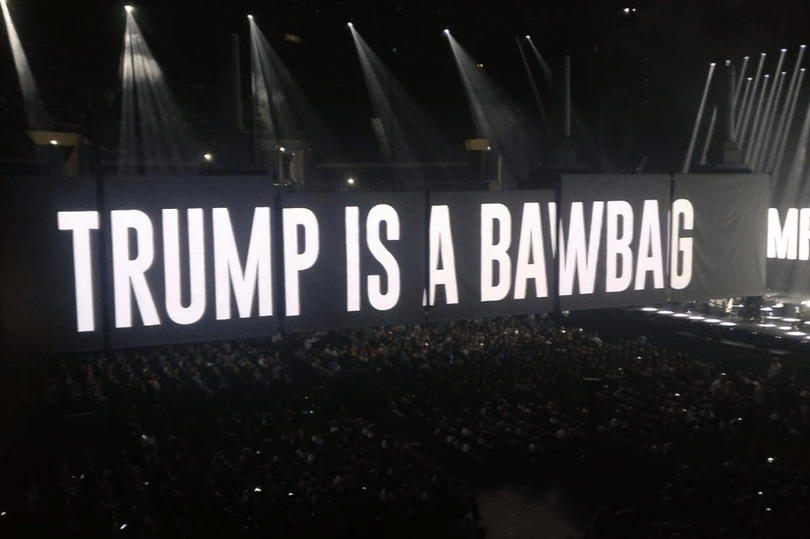 Pink Floyd rocker Roger Waters unveiled a giant electronic sign which read ‘Trump is a bawbag’, during his Glasgow gig.

Waters was playing to a packed-out crowd at the SSE Hydro for the second night running, and during his performance electronic signs revealed the phrase ‘Trump is a pig’, in black and white.

Yet, shortly after, this changed ‘Trump is a bawbag’, as an ode to an iconic placard made by an anti-trump protester for a Glasgow city centre demo in January 2017, and a #PresidentBawbag hashtag which went viral in Scotland and across the pond in the US.

Waters, who has always been politically active while maintaining his music career, addressed Celtic fans in the crowd during Friday night’s gig, praising them for their support of Palestine.

Trump is due to make a state visit to the UK in a fortnight and is expected to return to Scotland during that time.

This has prompted an angry response from opponents of the US President, and Scottish Government transport minister Humza Yousaf, who has hit out at the potential costs of policing Trump’s arrival, which could cost Police Scotland £5million.