I bought tickets twice for the Roger Waters concert earlier and gave it twice. Once a friend’s wedding took place, sometimes it was a disorder, so I almost almost forgot that Pink Floyd’s former creative genius is my ghost musician, which I will not be able to see live if I’m on top of my head. However, this year, especially, neither the baptismal nor the extraterrestrial attacks on our planet prevented me from participating, so I walked happily and curiously inward with the mass of human beings, with the overwhelming awareness that this time I certainly did not delay the show – he did not. 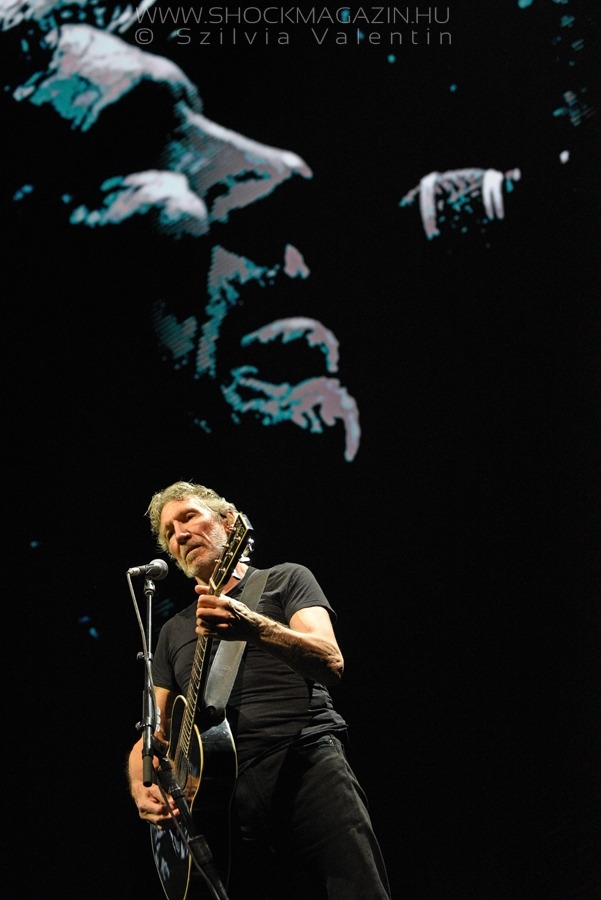 But at the beginning of the show, at eight o’clock at the beginning of the tour, he was formally invited to present the new solo album, which was released last year after the short twenty-five years, but did not really mind the fact that it was Is This The Life We Really Want? they have been given the name of the much cheerful Us + Them Tour. The use of the song title of the most popular piece of the Pink Floyd owl suggests two things: Uncle Roger will focus on the Floyd anthems this time, and on the other hand, this is the momentum of the action’s current politics. Later, of course, both expectations came in, and if one could accept both, he was excluded that he was disappointed with the real Totally Plenty Arena.

For example, at eight o’clock at this point, the auditorium was not very bad at the time, but it was hardly anymore, and most of the public was still in front of the buffets or looking for a seat and some even half an hour later even after the start of the performance, they continued to continue this increasingly hopeless fight. (For a single parenthesis: I just can not understand why adults can not find their seats on their ticket for a long or long time as not complicated number + letter combinations, but I may have been strange about it because it was my first concert in my life and I have not had the chance to face this strange social phenomenon so far.) In the meantime, behind the stage, a really big projector, we see a figure from the back looking out of the sand between the sand dunes, surrounded by the sound of gulp and waves. So that after a quarter of an hour of tense expectations, the lights fade and the Speak To Me, and then Breathe (the latter obviously already live), fade away. With him there is the sight, light and sound, which in the next three hours – twenty minutes of pause – means the evening. 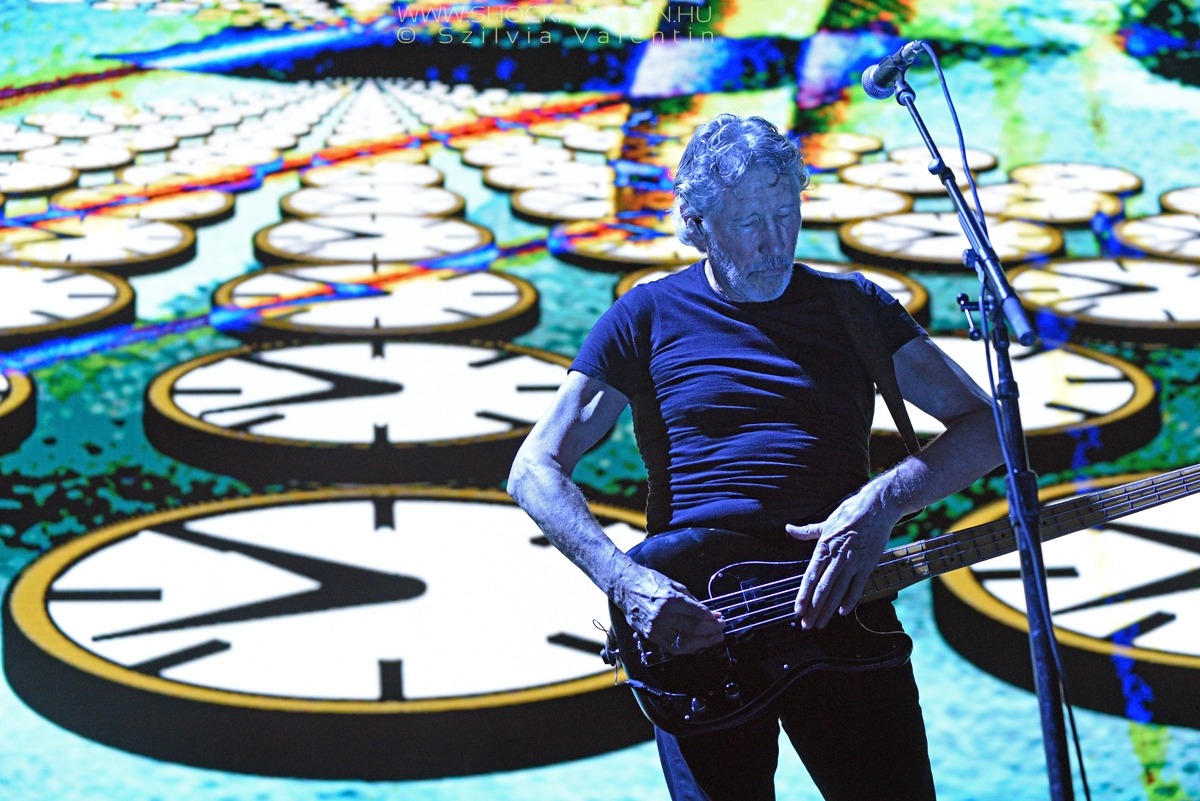 At the end of the Breathe, it was already full of fills (and with the exception of the phone lights that illuminated modern times as a shining darkness), thus enhancing the brilliant power of the brilliant bassist of One Of These Days. If you could only name one of your favorites from the entire Pink Floyd oeuvre, I have a strong suspicion that this song would be, so the first climax came to me right away at the beginning of the show, which was only amplified by the disturbing lines on the projector. The same thing was the Welcome To The Machine, which was really a metallic-cool-mechanic mood between the likes of Fal’s animation, and that was the watch between every watchmaker, Time and the two blondes (wigs wearer?) singer’s extraordinarily strong and clear voice to the stars, including The Great Gig In The Sky.

There was no overture, so sacred, there was some downfall in the picture of the Déjá Vu / The Last Refugee / Picture That troika, which represents the new disc block. The meringue of Waters’s acoustic guitar playing was a lot more fun than a record, while the latter two still do not feel a bit of a bit strong, although visual spinning has taken them off without a problem, especially the dancing migrant refugee woman with the backdrop of the introductory picture line. Subsequently, with a very good timing – for the first time you started watching your watch – came one of the most iconic Floyd hymn, Wish You Were Here, with great sound and brilliant visuals to make the feel of the sweetest feelings of The Happiest Days Of Our Lives crushing pieces, accompanied by well-known scenes from The Wall, and the second and third blocks of Another Brick In The Wall ended the first leg. And as both the buffalo brothers in the hatchery and the forty-degree suit knew them all, obviously they were the biggest voice of the otherwise overly well-behaved audience. But I think here was the only truly embarrassing show element of the show, in the picture of the usual “stage show” of the children, who first appeared in black rabbit with black bag on their heads so that they would “sing” and move in the black t-shirts labeled RESIST, snow uncoordinated, total back and forth. I felt that at the earliest possible moment, the Waters had been paused for twenty minutes.

During which a quick exchange of views with our respected editor-in-chief, who speaks about states that are in standstill: there is order and discipline, even though he first met Putin fans (not a typical Waters audience) while providing what he anyway I know, that is, the second act will be a really big toss! I also quickly get back to my place where I can see it over a crowd of people on a long ledge, “build up” the power of the Animals cover (bass, even the chimneys are smoked!) And from that point on I could not take it but I did not even have to, because the musicians were proudly projected as soon as the Dogs and the Three Different Ones were suppressed by the biggest part of the concert, that is, two of the three dalmons of the Animals the Sheep would have been too far away.) And here I would take the opportunity to keep in mind that Waters was so unhappy with good musicians, such as two guitars, old warrior Dave Kilminster and his son, quite ironically, sometimes a young boy, who was singer, was down here, without phenomenal exaggeration. 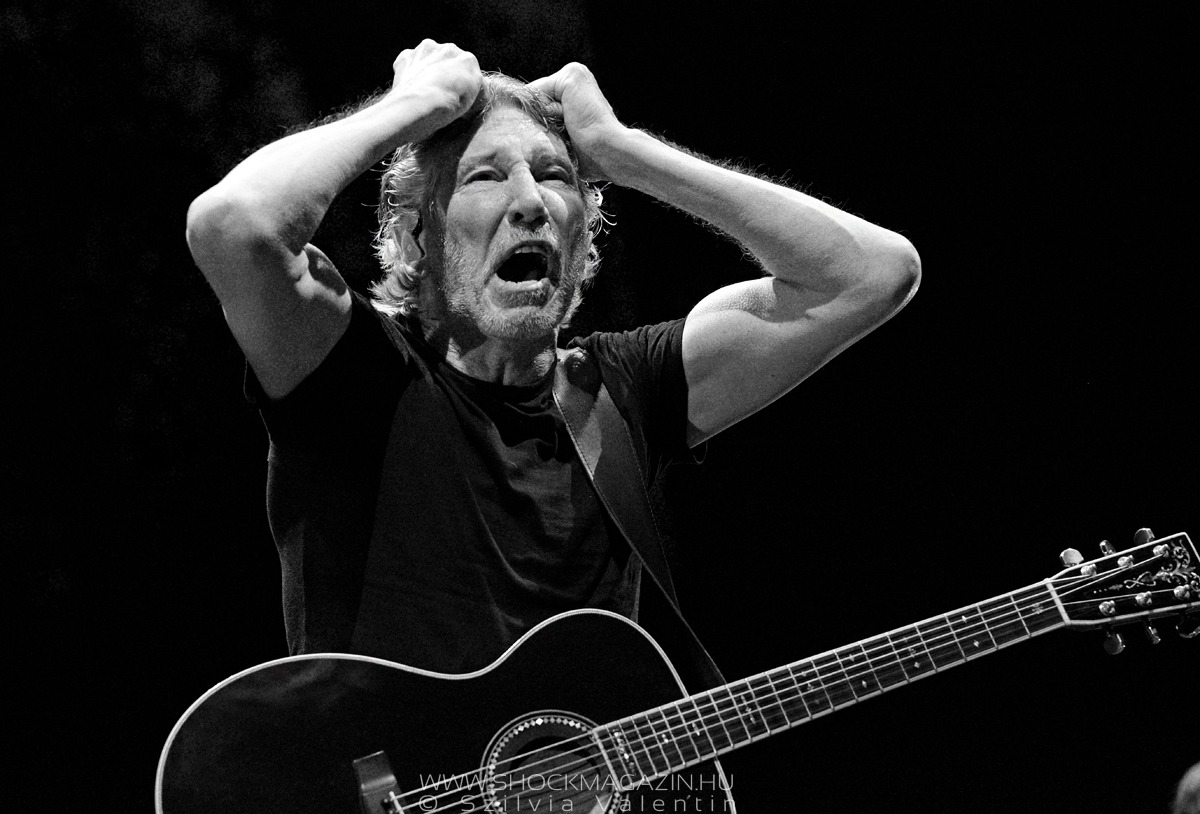 After a tearful introduction, it was blown up (a separate spell that the Waters thrown into the crowd sparkling wine almost landed on Silvi, but thanks to his paddle reflexes) Pigs was, of course, a fairy-tale and demagogue with the usual spectacle as a giant slash and constant Trump- but whoever scares such things, obviously does not go to the Waters concert. At the end of the song, with the words “TRUMP A DISZNÓ”, in the form of huge letters, some expressed their conviction that they would now be able to write Lajos Simicska’s best known sentence, but it did not last.

On the other hand, came the newer popular Money (with that wonderful saxophone), the “title” of the tour, Us And Them, and another song from the new album, the Smell The Roses, which is hurt by me. gave it to Brain Damage, once opened with the dark side of the Moon, it was enough to close it until the fragile Eclipse came under the laser rays and the prism was well known from the cover, and the refractive light in the rainbow was realized. Therefore, for the gigantic sight alone, it would have been worth it, but of course there was more.

That is, the mother of the mother / Comfortably Numb, the long-running orchestral presentation and monologue (Nuclear Weapons is Very Bad, I understand?), Accompanied by a confetti and a shadow of light. On the projector, the human being staring at the sea again, this time with his little girl on his side, peacefully and reassuringly, the people of the Arena got up to clap it in the look of Richard Gere’s secretly conceived brother, sometimes rebellious and monomanic crazy, sometimes loved a worthy old wise-looking epoch-making genius. That’s what I did.

The Papp László Budapest Sportaréna, also known as Budapest Sports Arena or locally just Arena is a multi-purpose indoor arena in Budapest, Hungary. It is the biggest sports complex in the country and it is named after Hungarian boxer László Papp.

The venue can hold up to 12,500 people in its largest concert configuration, up to 11,390 for boxing and 9,479 for ice hockey. It was built as a replacement for the Budapest Sports Hall  which stood in the same place and was destroyed in a fire in December 1999.