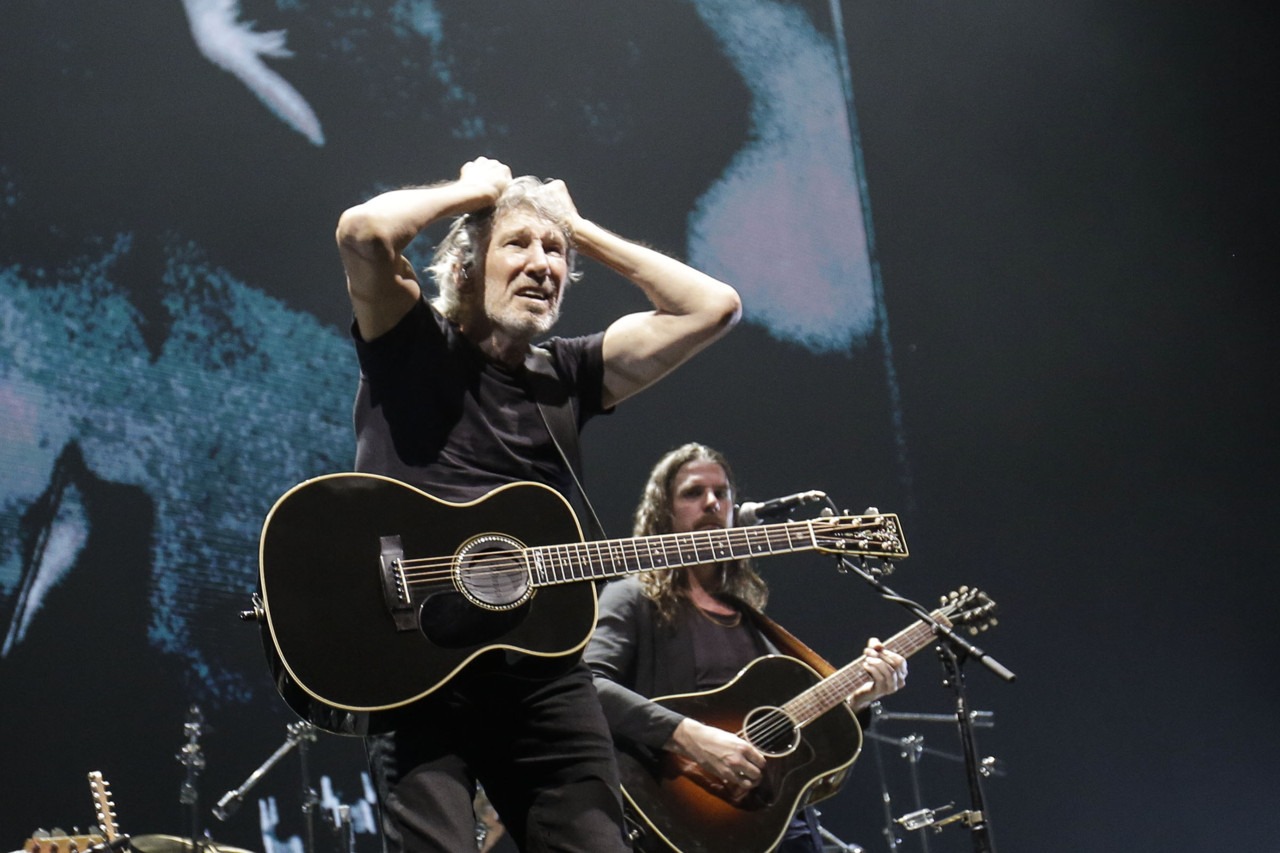 Roger Waters’ first night at Altice with his Us + Them Tour proved to be epic and dazzling in visual and musical terms. The author who forgives us the enthusiasm but the concert of Roger Water was a celebration to Pink Floyd!

With a two-part, surgically aligned alignment of 20 minutes, Roger Waters led a guided tour of the Pink Floyd universe’s best memories but with a revised, augmented, and very up-to-date recreation on stage. If the first part is punctuated by strong images in a giant screen to make of scenery with highlight to the classics Time, The Great Gig in the Sky, Wish You Were Here or to a version of Another Brick in The Wall with figuration of Portuguese children, before the interval, the second half is marked by the appearance of giant screens crossing the Altice Arena!

For the beginning of the second part there are Dogs and Pigs and the surprise in the room is general when a giant pig flies over the audience with a message: stay human. 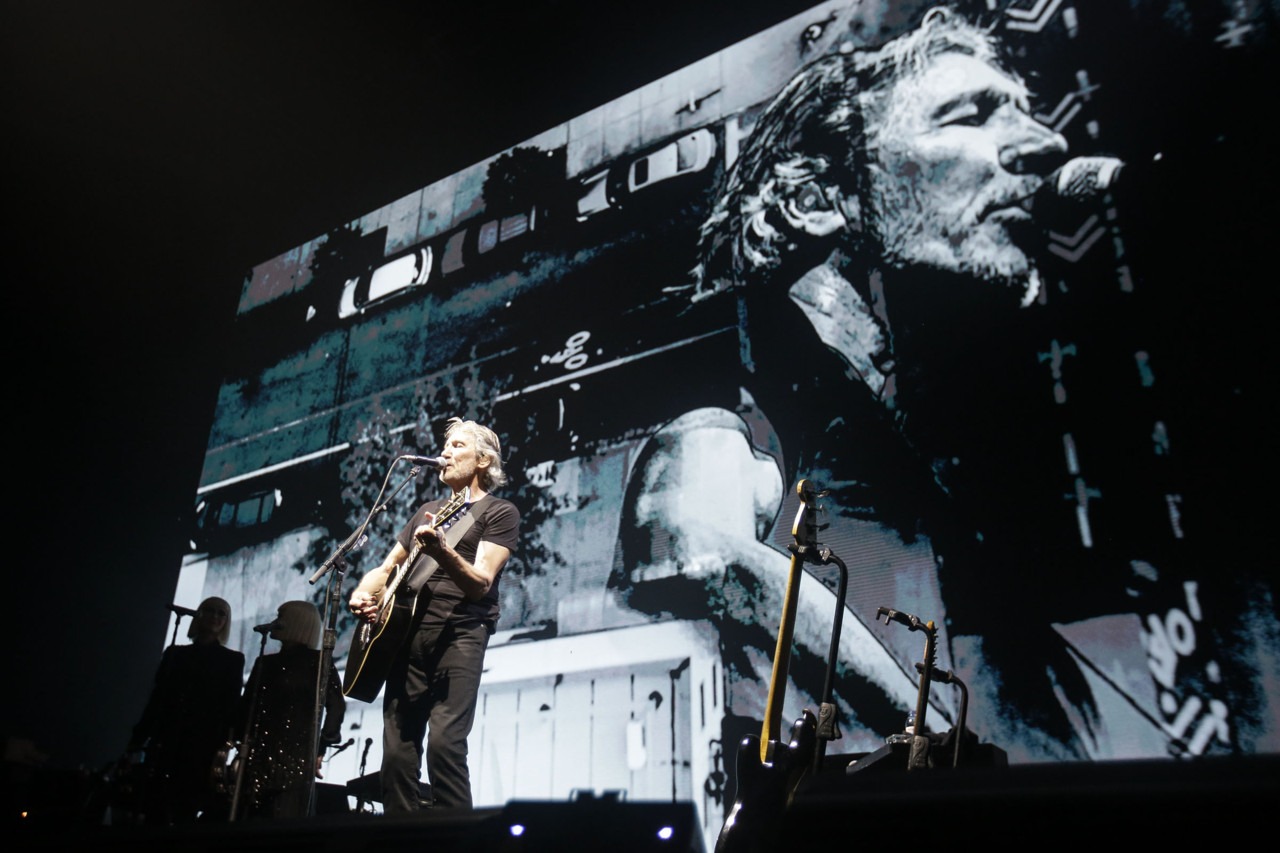 Between the stage and the bench at the other end of the arena came down from the ceiling giant screens facing the two central benches adorned with chimneys to recreate the industrial environment of the famous cover of the album Animals. The reproduced images are strong, social and political intervention context. For the record, the strongest message ends in bold lyrics: ” Trump is a Pig .”
The finale apotheosis is with Roger Waters to thank the affection of the Portuguese public while displaying a flag of Palestine that later offers to the audience.

A final highlight for the excellent sound quality that thus honors the 20th anniversary of the Atlantic Pavilion, so named in 1998.

A concert in the good old way.