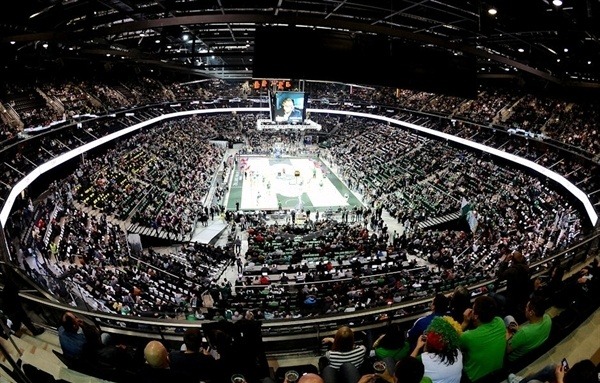 Žalgirio Arena is a multi-purpose indoor arena in the New Town of Kaunas, Lithuania. The arena is located on an island of the Nemunas River. It is the largest indoor arena in the Baltics. The arena’s maximum possible seating capacity for basketball games is 15,552, and 20,000 spectators for concerts (when the stage is in the middle, and 17,000 when stage is in the side of the arena). The Žalgiris Arena replaced the Kaunas Sports Hall as a major venue in the city.

The Žalgiris Arena is used to host basketball games as well as concerts. The arena’s namesake basketball club BC Žalgiris, which currently competes in the domestic LKL and the EuroLeague, uses the facility for all of its European and LKL home fixtures. BC Žalgiris and Žalgiris Arena has had the highest attendance rate in EuroLeague for 2 consecutive seasons (2011-2012 and 2012-2013).

The Žalgiris Arena has held the playoffs and finals of the 37th European Basketball Championship (EuroBasket 2011), which took place in September 2011.