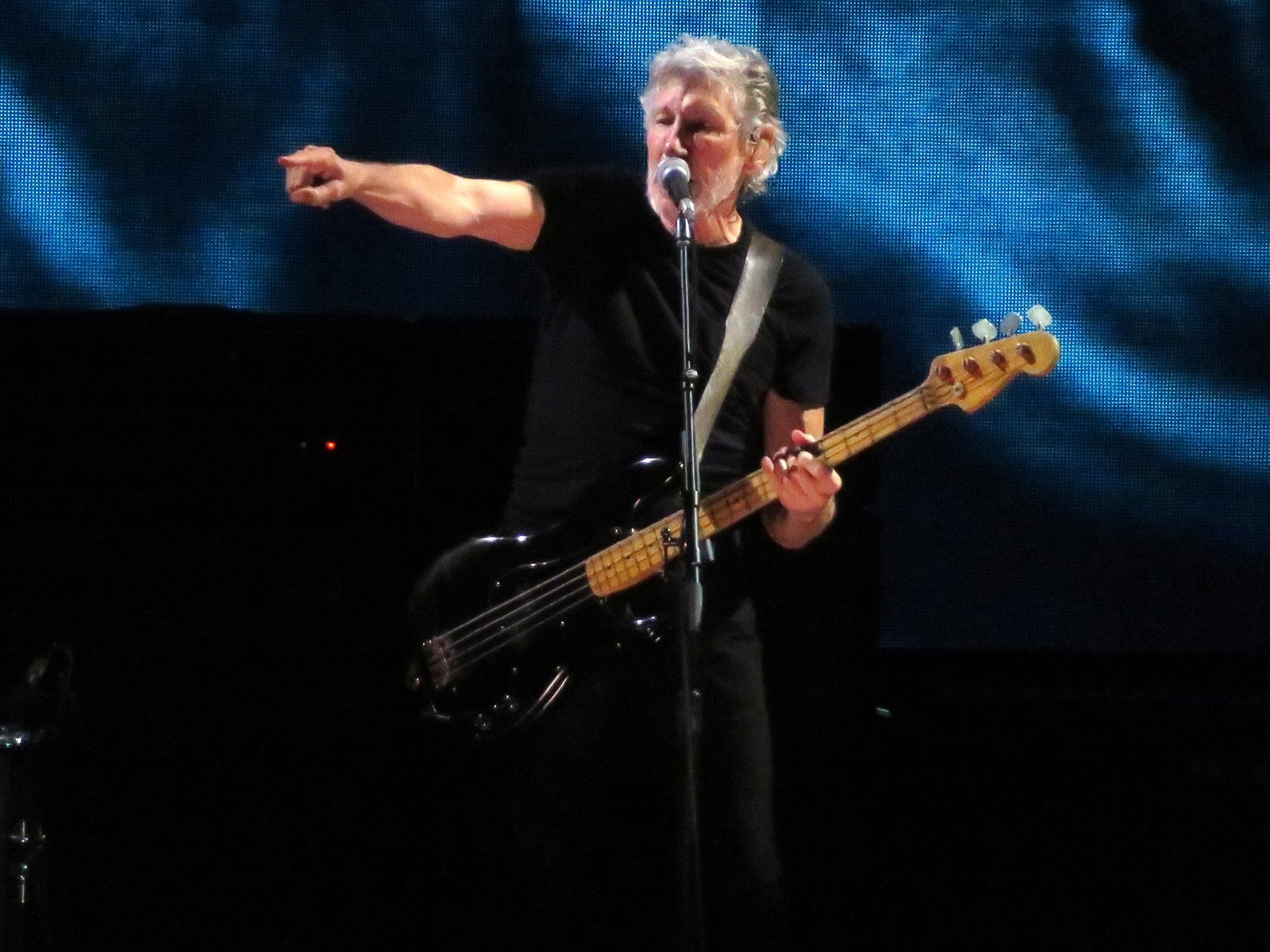 Roger Waters’ Us and Them tour was a sof in the Antwerp Sportpaleis. A concert that did not live up to expectations. So much was already clear when the bassist and singer who was a member of Pink Floyd between 65 and 85 took a break after ‘Another brick in the wall’. “He almost does not sing” and “He is not too good at voice” were just a few comments from fans we picked up. Admittedly, that first hour was bizarre. Many instrumental songs, and 15,500 spectators who seemed to be young in their reactions. A song performed by backings Jess Wolfe and Holly Laessig from the New York indie band, Lucius, received an ecstatic applause. Strange.

The visuals were at times very kitschy, not infrequently referring to the cosmos, with stars and planets, with fingers also pointing at each other. The first part ended very sluggishly with ‘Another brick in the wall’ in which Waters put a number of Antwerp school children in an orange Guantanamo Bay plush with a black bag over their heads to denounce imprisonment and torture. Meanwhile the singing lines of the children walked along on tape … When they undressed their ‘Resist’ shirts were on their shirts. Offer resistance against Mark Zuckerberg, against anti-Semitism, … we got to see it as text on the big screen. That saved Waters already a speech, he later recorded in the performance.

Certainly, the sound was pretty good in the Sportpaleis. Waters had created a surround environment so that some accents (beats, sound clips of a helicopter, etc.) did not come from the speakers to the stage but from the hall itself and so enriched the sound of the band. In this area, this performance was in line with his time. Chimes we heard from here and there during ‘Time’, but the visuals that accompanied the song were very dated, as if they had been recovered from his Pink Floyd period. In short: at times this show was very similar to what the Golden Years served us years ago (at a much more democratic price).

For ‘Welcome to the machine’ the singer tried to enter into public interaction by letting it sing along and sing along. In vain. The strongest moment of that first part, which was therefore very changeable in terms of level, was undoubtedly ‘The last refugee’ in which we saw the images from the video clip of a female refugee in a derelict building. She dances there. Then we see them in a much more upscale flamenco setting with the traditional attire of dancing. Her child has died in the water, it turns out afterwards when her doll soaks up on the beach.

Roger Waters’ Us and Them tour is good for 22 trucks and 6 tour buses to people and equipment. Especially in the second part, this is striking when a number of screens that hang over the length of the Sportpaleis form a large factory through projections and chimneys. “No one is as enslaved as those who think they are free.” among other things, text is projected. The politicians must then believe in ‘Pigs’ in which an inflatable pig also floats through the arena. ‘Pigs rule the world’ and ‘Fuck the pigs’ gets Roger Waters up as protest signs on which a heavy flute concert follows (partly on tape, partly live by the spectators). The band members then have a pig’s head while they are sitting on the champagne and sign that the waiter is on the late side.

“Picture a leader with no fucking brains.” Waters sang during the first part in ‘Picture that’. During ‘Pigs’, Donald Trump wipes the mantle:’ You’re nearly a laugh. But you’re really a cry. “ while the one Tweet after another is projected from the American president, his picture is being edited as Andy Warhol did with Marilyn Monroe, we see Trumps’ head also mounted on the body of a pig, and not much later in a montage also a Do Hitler greeting. The song ends by projecting ‘Trump is an idiot’ over the entire length of the Sportpaleis. During ‘Smell the roses’ the smell of roses is blown into the hall. Or better, that’s the intention. However, there are too few such spraying devices in the arena or it must be that the ventilation system was a spoiler to generate sufficient effect. 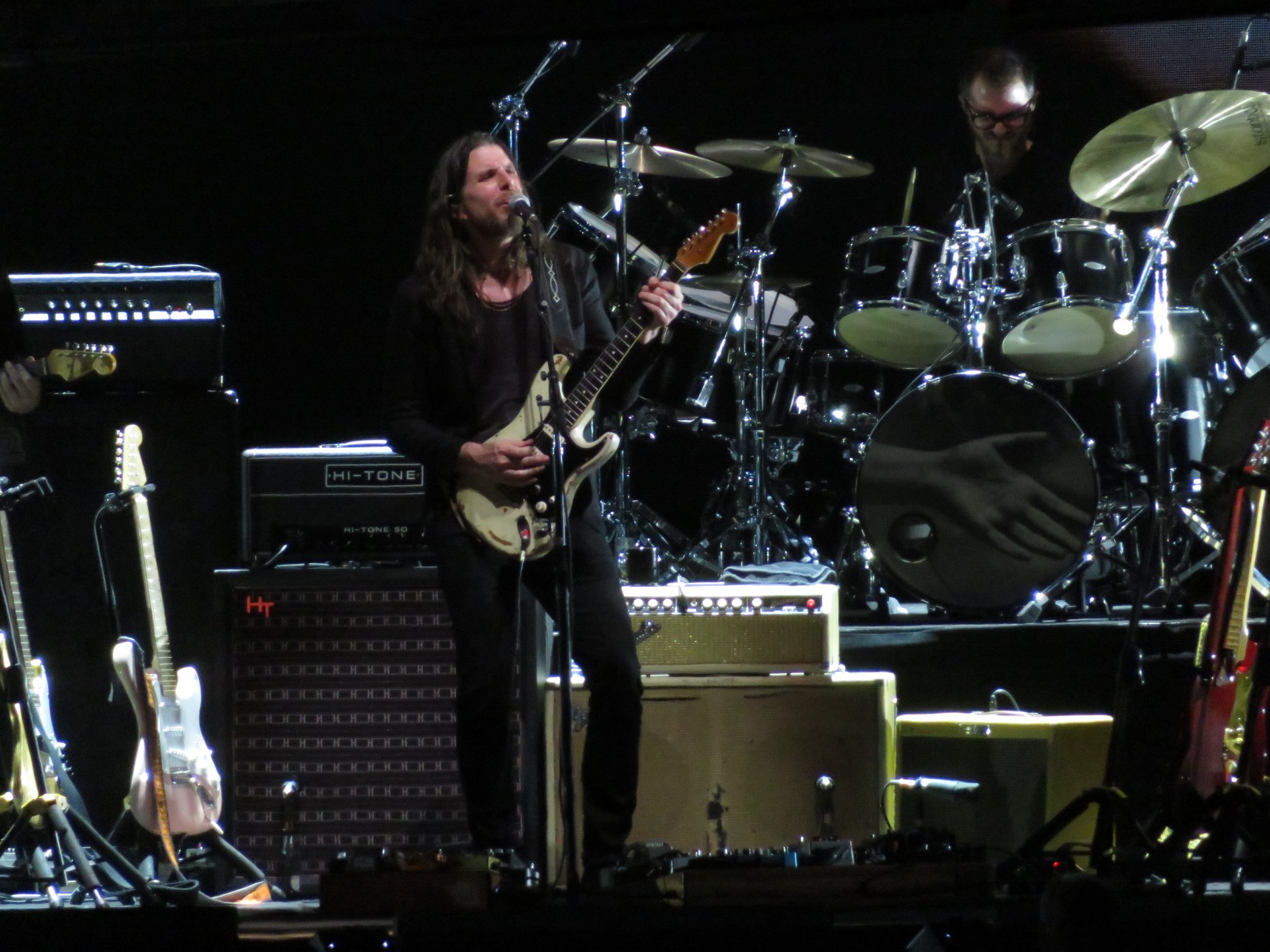 The sound of a cash register, of money coins that make 7/4 measure ‘Money’ very characteristic. Yet it is a song, brought here live with sax and guitar solo, which gives us a somewhat sour feeling. Both Gilmour and Waters have a pretty pricey concert ticket policy. Such a protest song with in the lyrics ‘Money, so they say, is the root of all evil today’ continues to feel very hypocritical. In addition, we can not get rid of the impression that the Us and Them tour has become a decisive factor in the successful The Wall formula that stopped in 2011 at the Sportpaleis. Despite a heavy campaign that Live Nation Belgium conducted around the Us and Them tour, including a press tour to Barcelona for the printed media, the second performance in the Sportpaleis is stuck at an occupancy rate of 2/3. Around ten thousand spectators are therefore expected on Saturday, whereas a day earlier there were 15,500 … That could be better, just like the level of the performance that was insufficiently coherent. 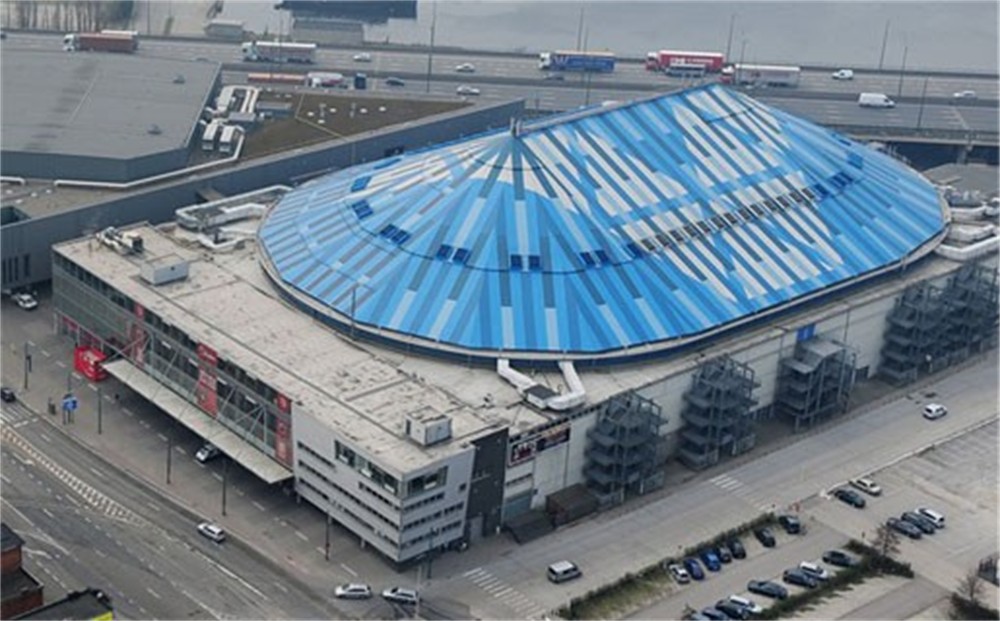 The Antwerps Sportpaleis (English: Antwerp’s Sport Palace), also called Sportpaleis Antwerpen, Sportpaleis Merksem or simply the Sportpaleis, is an arena in Antwerp, Belgium. It is a multipurpose hall where concerts, sporting events, festivals and fairs are organized. The arena was built for sport, especially track cycling, but there is now little sport there, an exception being the Diamond Games tennis. It is the largest indoor venue in Europe.

According to Billboard Magazine, the Sportpaleis is the second most visited event hall in the world, second only to Madison Square Garden.The Sportpaleis is known for performances by both Dutch-speaking and international artists. It also hosts the Nekka-Nacht, the Proximus Diamond Games tennis tournament for women and Pop Poll De Luxe, organised by the magazine HUMO.

The main building is 88 metres wide and 132 metres long and has a roof spanning 11.600 m². Under the stands, there is a wooden cycling track 250 meters long and 8 meters wide. The arena is elliptical and has two floors.