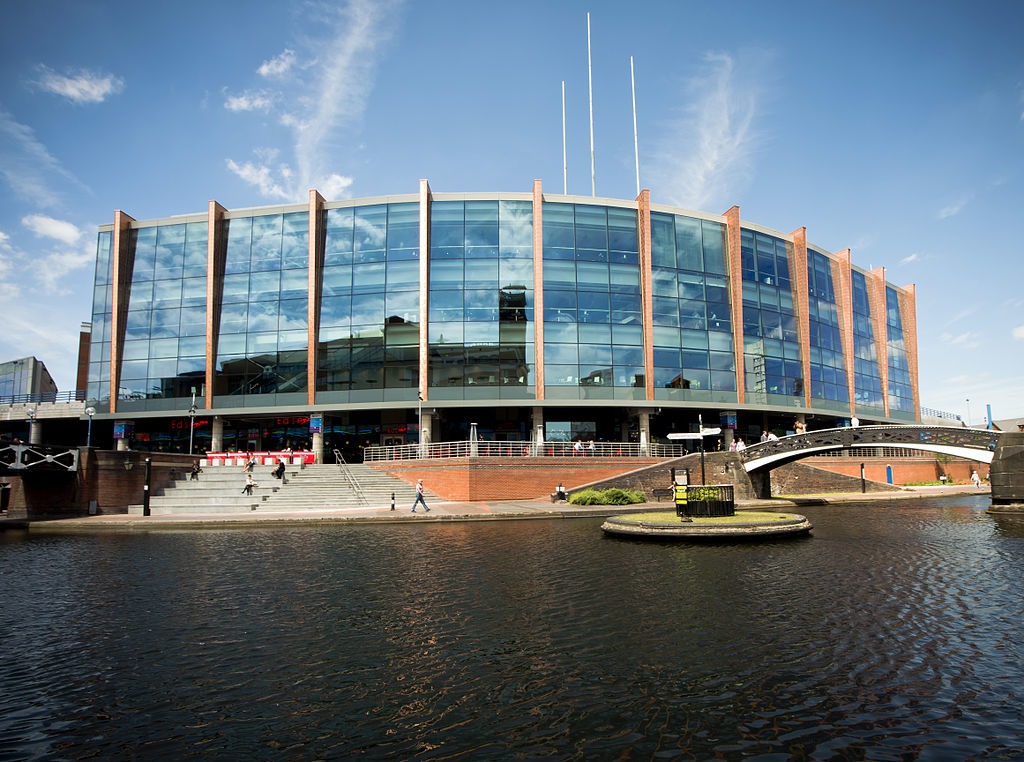 Arena Birmingham (previously known as The Barclaycard Arena and the National Indoor Arena) is an indoor sporting and entertainment venue in Birmingham, United Kingdom. The Arena, which is owned by parent company, the NEC Group, is situated in central Birmingham. When it was opened in 1991, it was the largest indoor arena in the UK.

The arena hosts a variety of events including concerts, business conferences and exhibitions. It has a capacity of up to 15,800 using both permanent seating and temporary seating configurations.The NIA was officially opened on 4 October 1991 by the athlete Linford Christie.[4]

The arena was renamed after it underwent an extensive renovation which was completed at the end of 2014. Michael Bublé opened the renovated arena on 2 December 2014