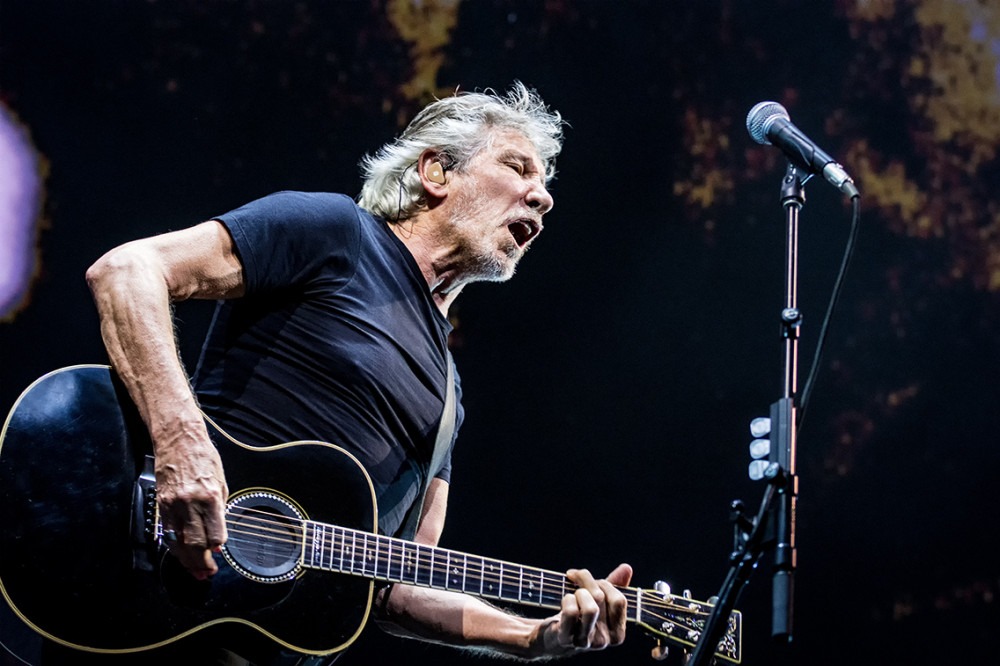 74, says someone behind us, when Roger Waters, visibly moved, confesses to the entrance of the encore. ‘Wait For Her’, the song that she decided to present instead of ‘Mother’, which has occupied this place in alignment, is an invitation for us to use romantic or erotic love ‘if we have the good fortune of the live, “to create empathy with our fellow human beings, regardless of ethnicity or religion, thus making the planet a more habitable pebble. 74 years old, points to that fan, and we do not know if he is surprised that at this age the Briton admits to having undergone one of these “transformative” experiences recently, or if the veteran shows himself there, firm and stiff, before 20 thousand fans who venerate him, without any sign of wanting to falter.

Encore, which follows two distinct sets , split in half by an interval of 20 minutes, is a time of strong emotions. With the band of nine virtuosos in the gloom, Roger Waters returns to the stage with his hands folded on his chest, thanking the Portuguese audience with a commotion. It is not a case of less: over two and a half hours, the multitude of different generations ordinarily flocked to the pavilion formerly known by Atlantic showed extreme respect for the Pink Floyd hero. Of course, it’s the band’s success to win the biggest applause of the night: ‘Wish You Were Here’ and ‘Another Brick in the Wall’, still in the first act, or ‘Money’ and ‘Comfortably Numb’ render the usual scenery of mobile phones in the air and well-tuned chorus, melody & emotion. But even as Roger Waters chooses to break the road for his latest solo work, “Is This The Life We Really Want?” Produced by Nigel Godrich and recorded with three of the musicians who accompany him on stage, the acolytes remain by his side and give him even valiant palm salvos, as happened in ‘Last Refugee’. In the final farewell to the night, Roger Waters took home one of the loudest ovations we have ever heard in this room. To match, moreover, with the apparatus and the ambition of his spectacle.

If in the first part of the concert, and compared to the last tour of Roger Waters that we saw here (The Wall in 2011), this seems to us a more contemplative and less conceptual show, in the second half the scenic impact turns out to be overwhelming . From the ceiling of the pavilion, in the center of the audience, there are eight huge screens where images will be projected, framed by the iconography of the “Animals” era, carry a strong political message. The giant bilingual pig (“Stay human” is the message of the nice inflatable animal) flies over our heads, being equated with Trump (or vice versa). Sounds of other pigs, helicopters, laughter or explosions are heard on our backs and across the room in a definition of sound and image that almost makes us believe that we are watching a movie in the best of theaters. But Roger Waters’ blockbuster has a message, not always subtle.

In the interval between acts, the appeal is clear: “resist thought control”, that is, do not let you control the thought, can be read on the screens, so that soon we will be presented with a panoply of instructions: resist the policies of Israel, to the maneuvers of Zuckerberg and Google, to the rise of the new fascism. As much as Roger Waters’ heart seems to be in the “right” place, we can not help but see a certain irony in the appeal to freedom of thought, followed by a booklet to follow. Likewise, the music of the second half of the concert is powerful enough to dispense with being illustrated by images of Julian Assange or, worse, by an assortment of the most exasperating phrases of the American president. Moreover, will not giving it so much prominence have an effect contrary to what is desired? It is a detail, but it gains weight given the enormous scenic importance that Roger Waters gives him on stage.

Back to music – despite addressing the audience with emotion (“We love playing for you!”, He exclaims), our host is far from being a conventional frontman , playing more of the role of master of ceremonies, or conductor of an ensemble where the protagonism is generously shared.

Jonathan Wilson, one of our favorite musicians and producers of the last decade is given the possibility of not only playing the guitar but also ” acting like David Gilmour” singing songs like ‘Money’ or ‘Us and Them’. It is Roger Waters who, in the band’s performance, does his job description, and the ovation that “the hippie from Southern California, our Mr. Peace and Love” receives from the public is well deserved – listen to Mr. Wilson, on the vocal chords or on the guitar, is a balm for the senses. But also drummer Joey Waronker, who Roger Waters says to thrill him every night; the two platinum singers (and percussionists) of the band Lucius, who bring soul, joy and color to the stage, or the saxophonist Ian Ritchie are very valuable players of this international selection.

Although the collaboration has already been announced , and even if it is a reprise of what happened on this same stage, seven years ago, the moment when ten musicians from this feedback open their arms to a group of Portuguese children during ‘Another Brick in the Wall ‘has the emotional impact of what is simple and meaningful. “These are your children, and they are beautiful!” Rejoices Roger Waters, thanking the participation of the boys from the Social and Community Center of the Flamenga Quarter in Lisbon in one of the Pink Floyd’s eternal classics.

In a recent interview, and reflecting on his legacy, the septuagenarian said he felt his greatest contribution to music would have been to perfect the “arena rock theater.” He often also mentions that his work has always revolved around the same great themes: love (and war), individual (and society). Tonight, sharing the stage on an equal basis with musicians who evidently respect; offering fans moments of ecstasy like ‘Eclipse’ (and the pyramid of psychedelic light that over all “collapsed”); or ending the night with the anthem ‘Comfortably Numb’ and the flag of Palestine, Roger Waters proved that his compass always points to the same north. And, between the rally and the pagan celebration, its admirers continue to give a very literal meaning to the phrase “followers.”