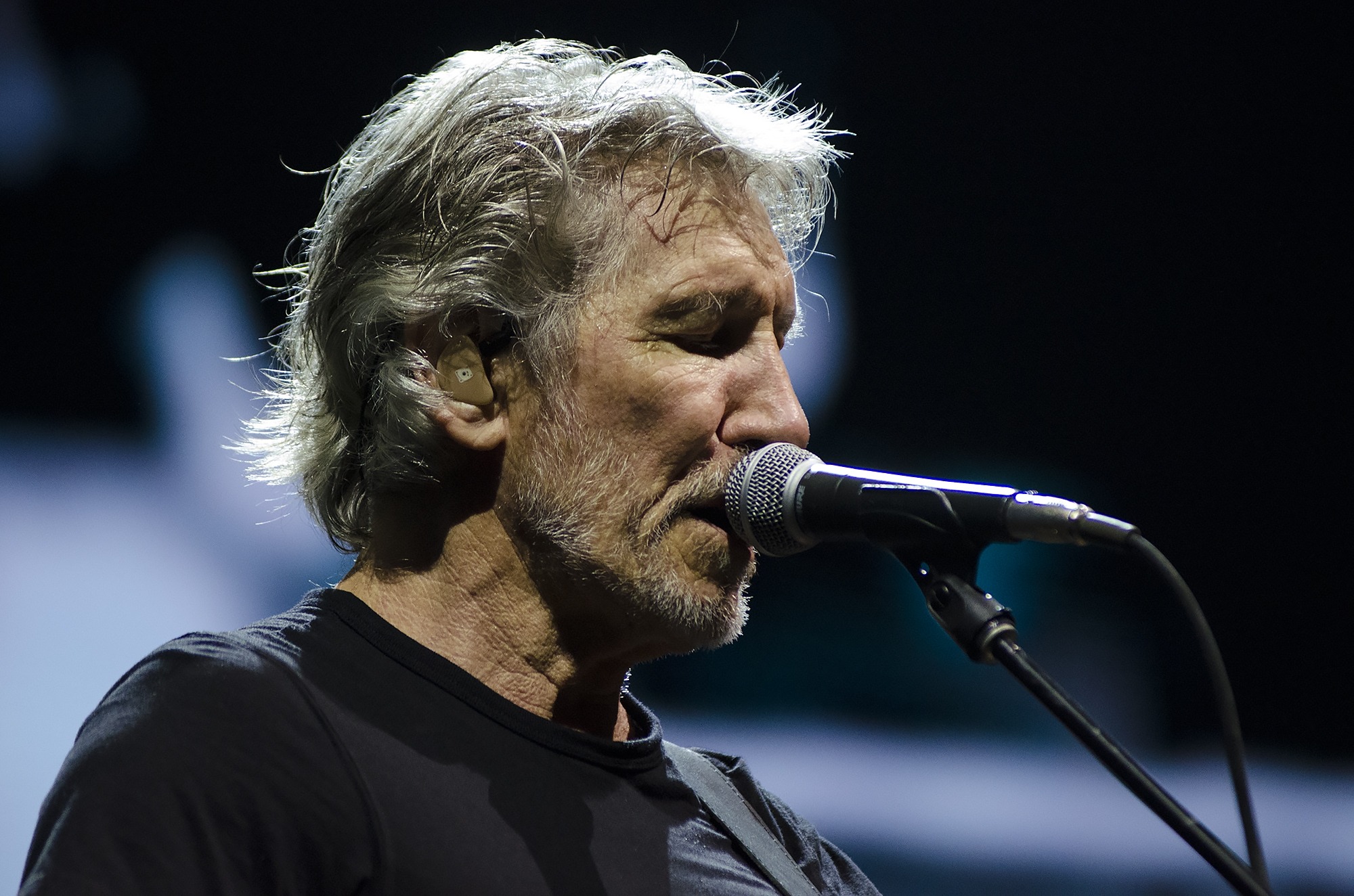 It did not take long for Roger Waters to return to the world stage after the colossal tour “The Wall”. As soon as the socio-political life reaches the point of scintillation, the engaged artists usually raise their voices and begin to counteract. Someone in their activities sometimes hits ‘in the pit’, some do not. Rarely, however, actually reach the right solution to the problem

Because of the current world events, Waters apparently felt the need to express himself, and after 25 years he released a new studio album called ” Is This The Life We Really Want? “, Went on a new colossal world tour and started counting with leading world political figures. The last tour “The Wall” obviously did not fulfill the promise of the better world, and the impression is that the new tour “Us and Them” is called – logically. Between Some of Us and Some of Us there is still a Wall to be dropped, Waters notices it, and it publicizes it and announces it. The difference between Waters and other artists and / or quasi-judges who use every opportunity to show what’s going on in the liver is that Waters’ wind in the back gives an impressive legacy to his Pink Floyd mother band. 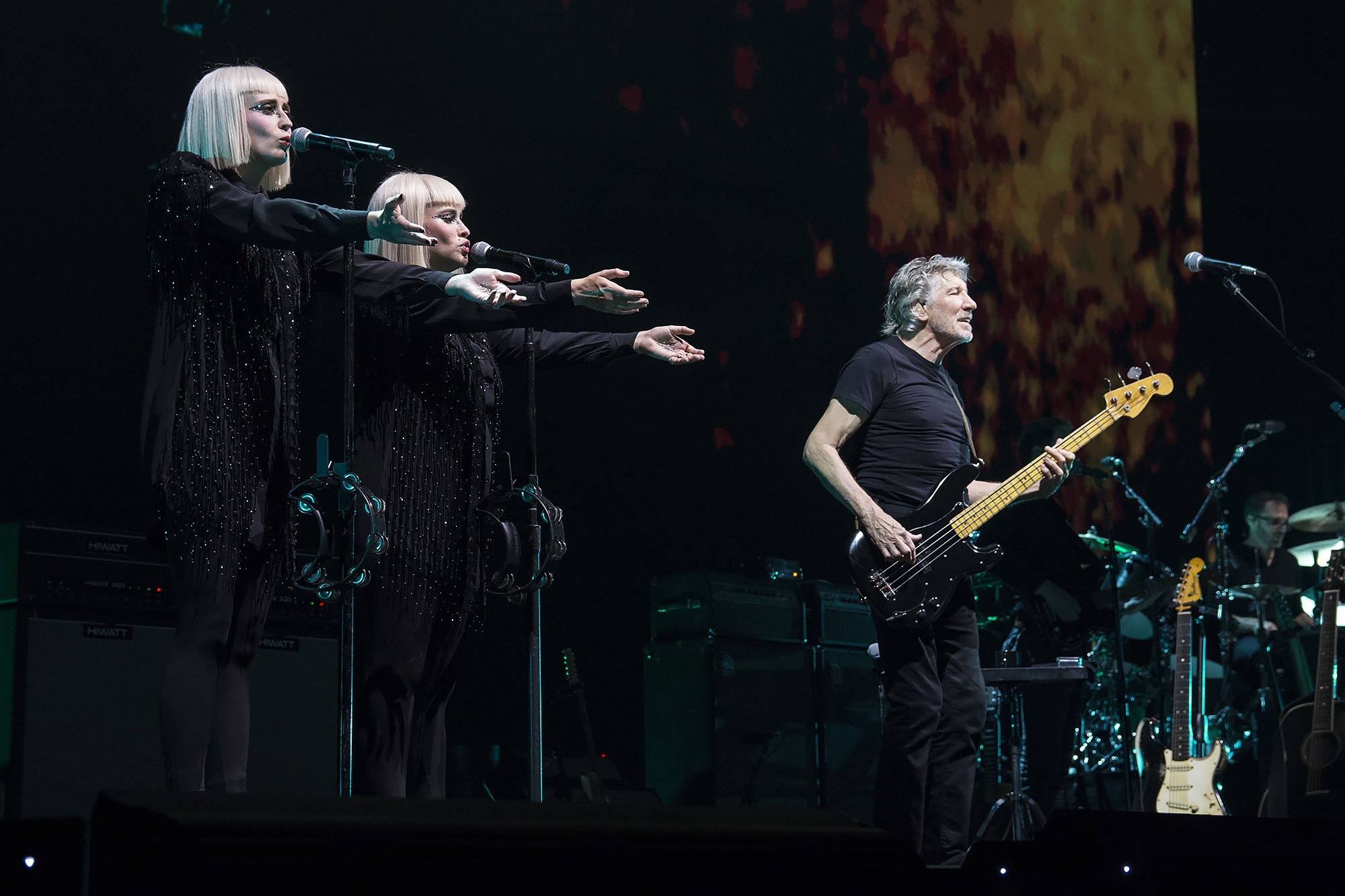 If it were not, Waters could say “Trump is a pig!”, Approve the approval of a few inmates and affiliated people to switch the news channel to the one with the football match. This is how, when Pink Floyd has overwhelmed with masculine texts and anthology, the man can present this parody on giant displays all over the world, in the background look at the famous “Pigs”, summon the applause of the crowd, return to the backstage and think that something is good done and that the world from tomorrow will be a better place.

Epithets such as the abhorrent, the rich, the old, the narcissistic, the egoistic, etc., who have been able to associate with the name and work of this artist in the past with such ease, in this text will be even more easily left out simply because here it is a man whose fuel is primarily empathy. But I would have blamed him – it is not enough to point out the issue, sometimes it is also necessary to provide a systematic solution. Engaged art is hardly a branch of human activity where it can be performed.

It was five years since Waters’ performance in Split and seven of those in Zagreb. These were seemingly unbeatable concerts. Musical though difficult, but production certainly. Sinoćnje Waters’s “Us and Them” tour was even more impressive than the one five or seven years ago. Much richer and visually more contentive, last night’s concert was even a bigger rock experience than the “The Wall” concert. Aside from scenes, projections and all-rounder, Waters’ traveling caravans of outstanding musicians during the dynamic set-list were all in front of them. It was a demonstration of the power of the progressive rock of Pink Floyd, to which the audience all over the world, and even this domestic, is obviously still very good. It has more to do with the character and structure of these songs that are not old, and less with some nostalgia of mass thinking that there are no good new bands.

The Full Arena witnessed the cross-section of Pink Floyd’s career ranging from cult to Meddlea to the monumental “The Walla”. Roger Waters’s only solo career was featured with just four songs from the current album “Is This The Life We Really Want?”. It’s hard to find a complaint about the choice of songs from the Pink Floyd period, but it’s all worth a lot of praise, but I would personally have the heart in place to include material such as “It’s a Miracle”, “Amused To Death” , “Every Small Candle” or anything with “Pros And Cons Of Hitchhiking”. Valuable Waters’ solo albums and some songs could safely live to be promoted as they should.

The visual aspect of the concert was, quite to be expected, to remain breathless. What to say? Drones, lasers, high-screen screens, and other modern technology tools ran unimaginable, hands on the heart, really a cleverly designed show, but that part of the music was so powerful that all these projections were like a great attention disincentive tool is happening on stage. Where to watch while Dave Kilminster during “Pigs” shines on a guitar while alternating projections that require additional focus on a massive video wall? It is not easy to perceive all this suddenly, but it does not matter, the brain remembers, so the subconscious will probably do its job. Also, by enhancing the atmosphere and emphasizing the significance of individual songs, spectacular visualizations occasionally cause saturation and congestion and the atmosphere of the song and the meaning it carries. However, proven and proven, the masses have fallen on the spectacle. So this was a spectacle of misery and misery of politics and capitalism. 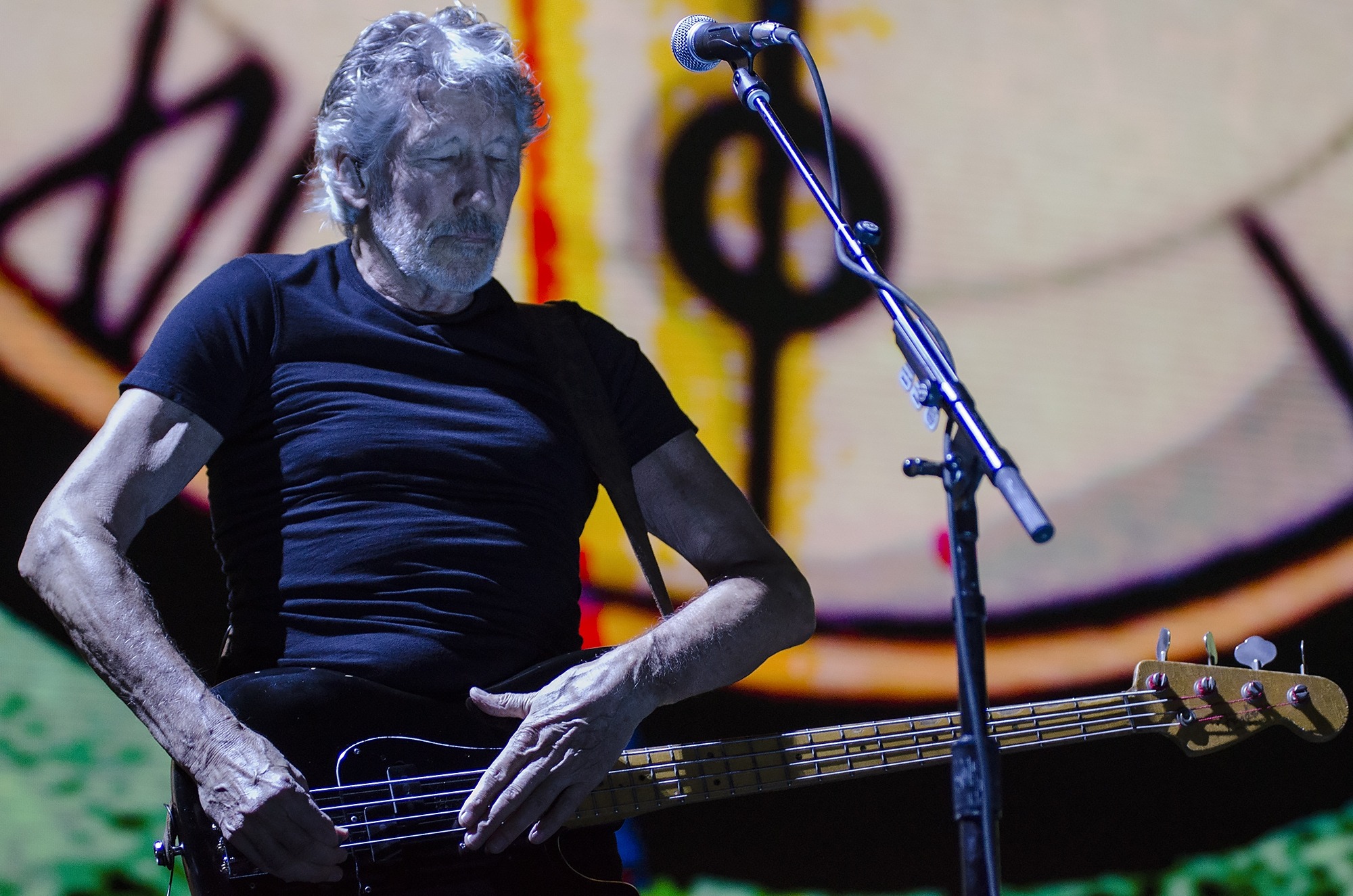 It started just before 20:30 with “Speak To Me” or “Breath”. From that moment onwards, during the next two and a half hours of the audience’s performances, it literally sparked on every other tone, and the thrill of enthusiasm sprang to the side projections. Already “One Of These Days” brought the atmosphere to the suction, and “Time” and especially “Breath (Reprise)” continued in the same tone. “The Great Gig In The Sky” was featured by the phenomenal vocal duo Jess Wolfe and Holly Laessig of indie-pop band Lucius. “Welcome To The Machine” has been watched with intimidating good animation and convincingly vulnerable Waters’ vocal performance. I do not think I heard the better performance of this song earlier. The audience was expected to once again get on proven rock clowns, pardon, classics, such as “Wish You Were Here” and “Another Brick In The Wall, Part 2,” but the half-life of the album “Animals” (“Dogs” and “Pigs (Three Different Ones) “highlighted as a full culmination not only of this concert, but probably of all this year’s concert season on the domestic ground.

After the first set and a break of twenty minutes in the middle of the hall, the famous Battersea power plant was erected, whose walls served as an impressive anticapitalistic, anti-static, antiauthoritarian and anti-establishment message. And again saturation happened – who to watch? A perfect band or a misery and a waste of money and politics? “Pigs” was really unbelievable (and the flying swarm circled the hall), but all the time they were looking at the projection of the farmer called Donald Trump. The brilliant Kilminster’s guitar work was overshadowed by the presentation of Mr Trump’s point of view, even demographic, so that the whole performance culminated in the print of that clear and obvious – “Trump is a pig”. Suffice it to roll over. Everything is fair and fair, but who has listened to the guitar?

“Money” and “Us And Them” are welcomed as the last songs on planet earth. The second set ended with the author of these rows, the best ending of a rock album – the “Brain Damage / Eclipse” dip in which the lasers did their and above the first part of the parter, created a famous floydic prism which, after an extended sketch of the song, subtly pervades absorbing the spectrum of a broken beam of light.

The audience’s turn happened at the very end, after the marathon applause, and lasted for almost ten minutes. Waters was telling the true comic line about “the road to Zagreb” and the existence of “just one road in Yugoslavia,” and then appealed to take control of life in his own hands and, accordingly, to guard the planet from ignorant authorities. An anthological “Mother” has been left for the bride. When Waters sings ” Mother, should I trust the government? “Behind the band’s back is printed” No fucking chances “. That’s why we love Roger. 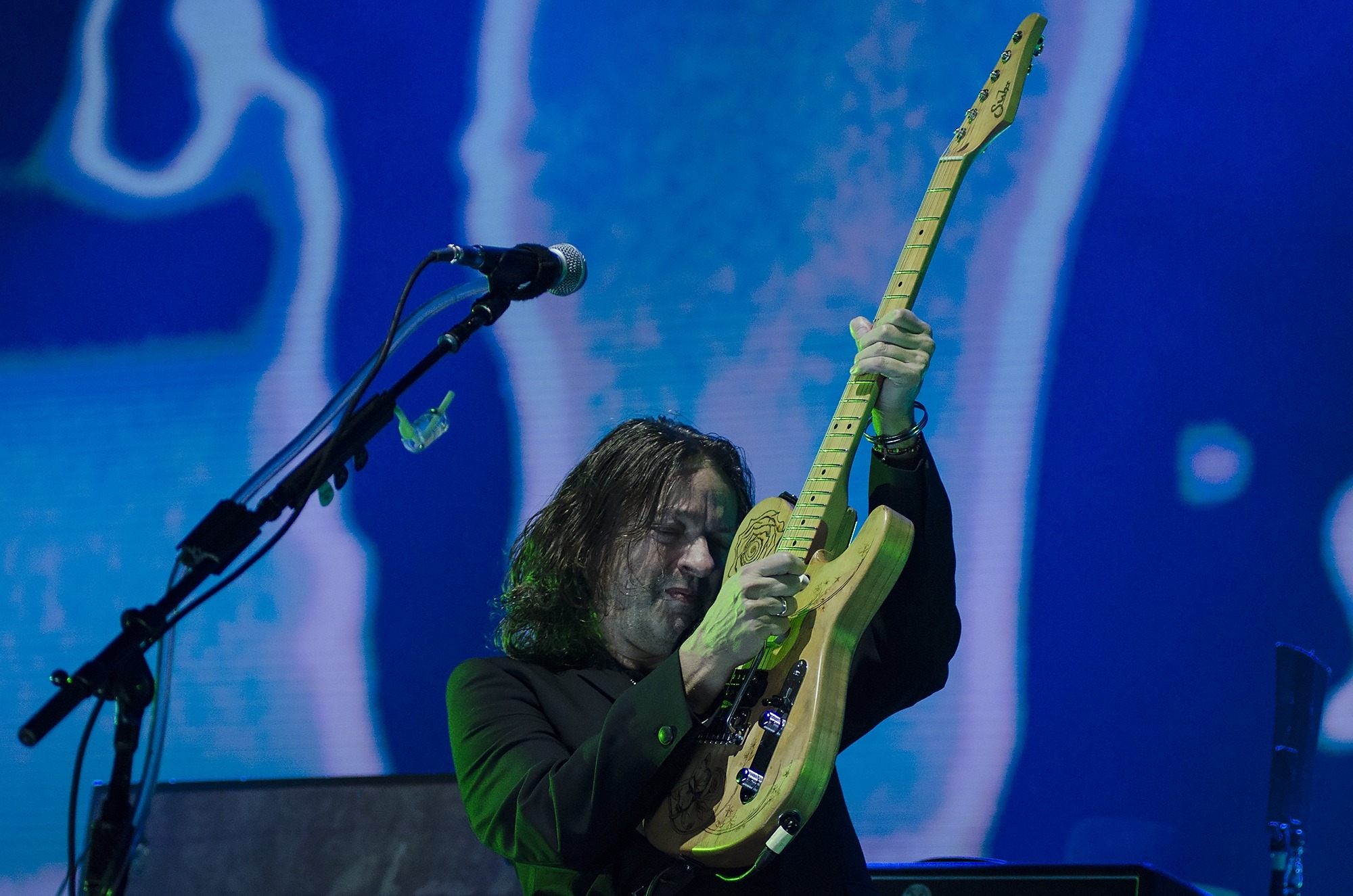 The final was reserved for the comedy “Comfortably Numb”, and Kilminster finally came to the center when it was supposed to play that solo that means life. And yes, that was the performance that was to be talked about tomorrow.

About the concert I believe will talk for a long time. Here it is difficult to find any flaw in music performance and visual content. Everything is done in superlative. The only thing that could possibly be problematic was the overwhelming quality of both. At times it was just as though you were reading a genius at the same time and listening to genius music. Whatever, cap down the promoters, organizers, Roger Waters on a healthy mind, energy, vitality and love and feelings for others. With or without spectacle, this really was a dream dream. And did we get better people as well? Well, you never know. 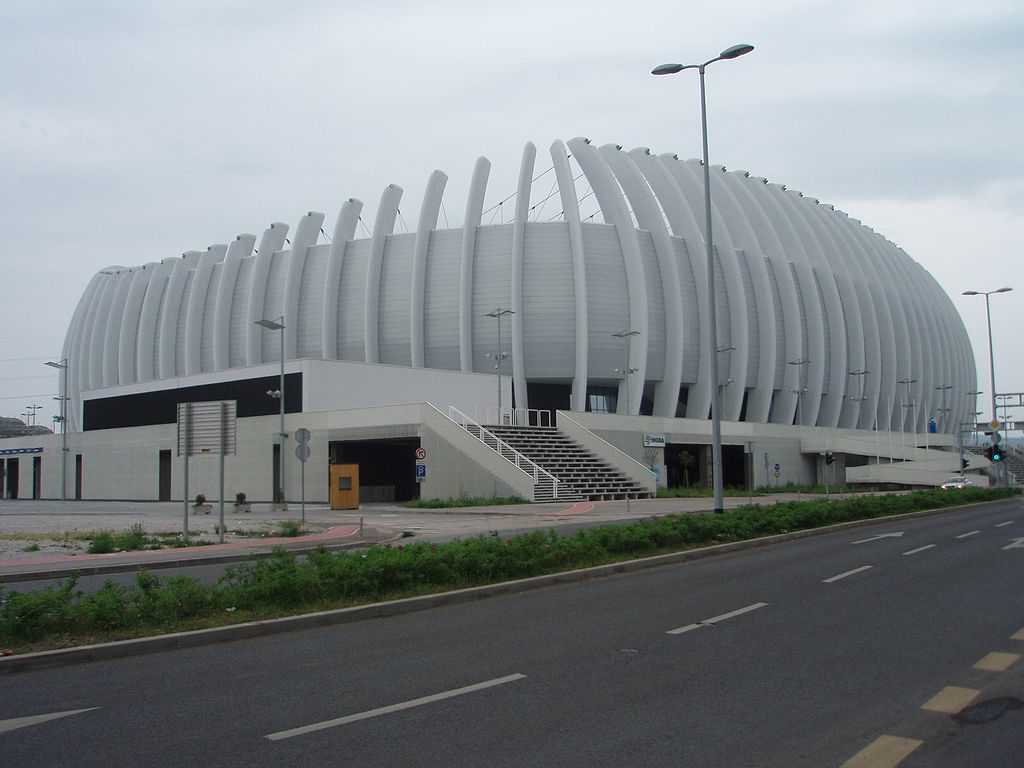 Arena Zagreb is a multi-purpose sports hall located in the southwestern part of Zagreb, Croatia (in the Lanište neighborhood of Novi Zagreb). The site also includes a building complex, the Arena Complex (Arena Center), making it one of the largest shopping-entertainment centers in the city.

The Croatian Government and the City Government of Zagreb held a public tender for the construction of a sports hall in order to host games in the 2009 World Men’s Handball Championship, and later for numerous other sporting, cultural, and business events.

They selected the consortium composed of property developers TriGránit (from Hungary) and Ingra (from Croatia). The TriGránit/Ingra offer was initially approved on April 25, 2007, but the signing of the final contract was delayed because of Mayor Milan Bandić expressing discontent with the conditions. The Consortium engaged studio UPI-2M from Zagreb, specially for this project to create and produce a unique design for Arena Zagreb. The construction of the sports hall finally started on July 20, 2007, and was completed as planned on December 15, 2008