Tuesday night, in the first of three shows at Staples Center, Waters brought Los Angeles his first tour since 2002 that, instead of being themed around a full run-through of “The Wall” or “The Dark Side of the Moon,” focuses on the entirety of his catalog. Well, “entirety” may be a misnomer; the show doesn’t include a note of music that Waters released between 1979 and 2017. (Sorry, “Radio KAOS” fans.) The key “Dark Side” and “Wall” moments are still present and accounted for as cathartic moments and climaxes, but the heart of this tour is found in a sequence of songs from Waters’ new “Is This the Life We Really Want?” in the first half, and a healthy amount of the usually underrepresented “Animals” to kick off the second half — both segments making it clear that this is the summer of Waters’ discontent.

“Picture That,” the most obviously political of the songs from the new album, skated by in the first hour without a lot of pointed visual references to the current American climate, although a certain former beauty pageant impresario did appear briefly on screen when Waters sang, “Follow Miss Universe catching some rays/Wish You Were Here in Guantanamo Bay.” There was no accompanying visual when he later added the already semi-famous line, “Picture a leader with no f—ing brains.” But any conservative Waters fans who might’ve hoped that was it when it came to Trump could hardly have been prepared (unless they were at his one-off Desert Trip festival gig last fall) for the multi-media roast that followed in “Dogs” and “Pigs (Three Different Ones),” vintage 1977 tracks now devoted to the idea that the president is a malevolent farm animal beyond his or Orwell’s wildest imaginings.

Waters rarely encourages the guitarists who stepped in for Gilmour (the two are musically estranged) to solo extemporaneously, but he makes an exception for a jam at the end of “Pigs” — all the better to allow the song to go on long enough to incorporate not only a montage of images portraying Trump as a toddler chasing a kitty or being lovingly held in the arms of Putin, but a couple of closing minutes of verbatim Trump quotes flashed across eight screens running through the center of the arena as well as those on stage. (He’s updated the montage recently enough to add last month’s “Why was there the Civil War?” blurb.) Naturally, the floating pig, which once got Waters in hot water for including an Israeli star of David among its nationalist emblems, is now entirely Trump-themed, with an image of the president spouting the words “I won!” It’s hard to imagine any other rocker of Waters’ magnitude laying it on this thick… and getting away with it, because what Floyd fan of any political stripe is going to walk out on the pig?

The commentary in the remainder of the show is subtler. Before Waters and band take the stage, entering attendees see a 20-minute widescreen high-definition video of a woman with her back to the camera, staring out from the desert into the sea. Later, in the show’s most touching video, she returns and turns out to be a mother mourning the loss of her young daughter in the new album’s “The Last Refugee.” Knowing Waters’ controversial sympathies for Palestinians, this could well be the closest thing to an overt nod to that in the show, though it’s hardly explicit. Waters is determined to give the show a happy ending, even if the inevitable closer, “Comfortably Numb,” is not a happy tune, and so first he gives us a visualized pair of giant hands that were seen disintegrating during “Wish You Were Here” reconstituting and clasping… and then the mother and daughter reunite on that beach, together in spirit, if not life. Given that Rog gives good rant, it may be surprising that anger doesn’t finally end up being the dominant emotion of the show.

It is, most definitely, a “show,” in the truest, most traditional senses of the term. Waters is the most unlikely possible cross between Noam Chomsky and P.T. Barnum, a guy who’s unlikely to spend a tenth as much time in conversation talking about his desire to dazzle as about the state of the world, but desire to dazzle he unceasingly does. Perhaps needless to say, Staples Center has never sounded more aurally dimensional. (Amusingly, radio commercials baited the boomer audience by promising “quad” sound, though you can be sure the number of surround speakers was a lot more than four.) He hasn’t gone heavy on the props this time — the only two this round being the pig and a slightly less menacing floating silver orb— but he’s ratcheted up the screen action. The first half sticks with the Cinemascope action behind the band, saving the multiple screens that divide the length of the arena for a post-intermission surprise. It’s a nice touch when those individual screens start expanding and contracting late in the show, a clever enough effect that the eventual reveal of a laser pyramid seems old-hat by comparison, albeit a crowd-pleaser.

Interestingly, Waters barely has any vocal presence in the first part of the show. The opening “Breathe” is sung by the highly respected L.A. musician Jonathan Wilson, who covers all of the lead vocal parts Gilmour originally did on record and splits the guitar solo recreations with David Kilminster. “One of These Days” is, of course, an instrumental, notwithstanding a one-line threat to not be careful with that axe. And “The Great Gig in the Sky” is a great gig for the female singing duo Lucius, who take the wordless female vocal Clare Torry did so spine-chillingly on record and remake it into a stunning duet. There’s some method to this initial taking a back seat, on Waters’ part, maybe: When, after “Welcome to the Machine,” he steps up with three straight songs from the new album, he’s ensuring that you haven’t yet felt overfamiliar with his voice as he digs into these wordier 2017 tone poems.

No matter how big a Floyd fan you are, you’ve probably never become completely accustomed to the idea that roughly half the lead vocals will be sung by a ringer at either a Waters show or a Gilmour show, post-split. But Waters has never seemed as fully engaged during the portions of the set where he’s not singing as he did Tuesday at Staples. Almost every time Wilson was taking a vocal, Waters was off to a far side of the stage, locking eyes with some segment of the crowd he noticed being passionate, mouthing the words and even acting out some of the lyrics. In the many moments where he was center stage, he was even more passionate, putting the lie to the idea that Pink Floyd is “spacy” material (although, okay, it sometimes is). Maybe it’s that he’s finally given himself some culturally charged new material to sing after 25 years away from the studio, or maybe he’s just that alarmed by the year 2017 or energized by the so-called resistance that, suddenly, at 72, he’s at his most exuberant.

No one will mistake his historically gruff voice for a thing of abject loveliness at this stage, but it still has power as well as conviction. And for the loveliness, there is Lucius, aka Jess Wolfe and Holly Laessig, the MVPs of this tour. Besides their soulful double-teaming on “Great Gig in the Sky,” the women also get the spotlight in the concert’s penultimate moment, “Bring the Boys Back Home,” a shrill bit of business when Waters howled it on “The Wall” but a couple of minutes of sheer antiwar beauty here. Hearing such young performers sing a song that harked back to World War II when Waters wrote it 38 years ago underscored the intergenerational aspect that was happening in the audience, too: Some teenagers were demonstrably even more thrilled to be there than dear old dad, getting their shot at experiencing the Floydian extravaganza that rock fans with an inclination for the theatrical will always consider the greatest show on earth. 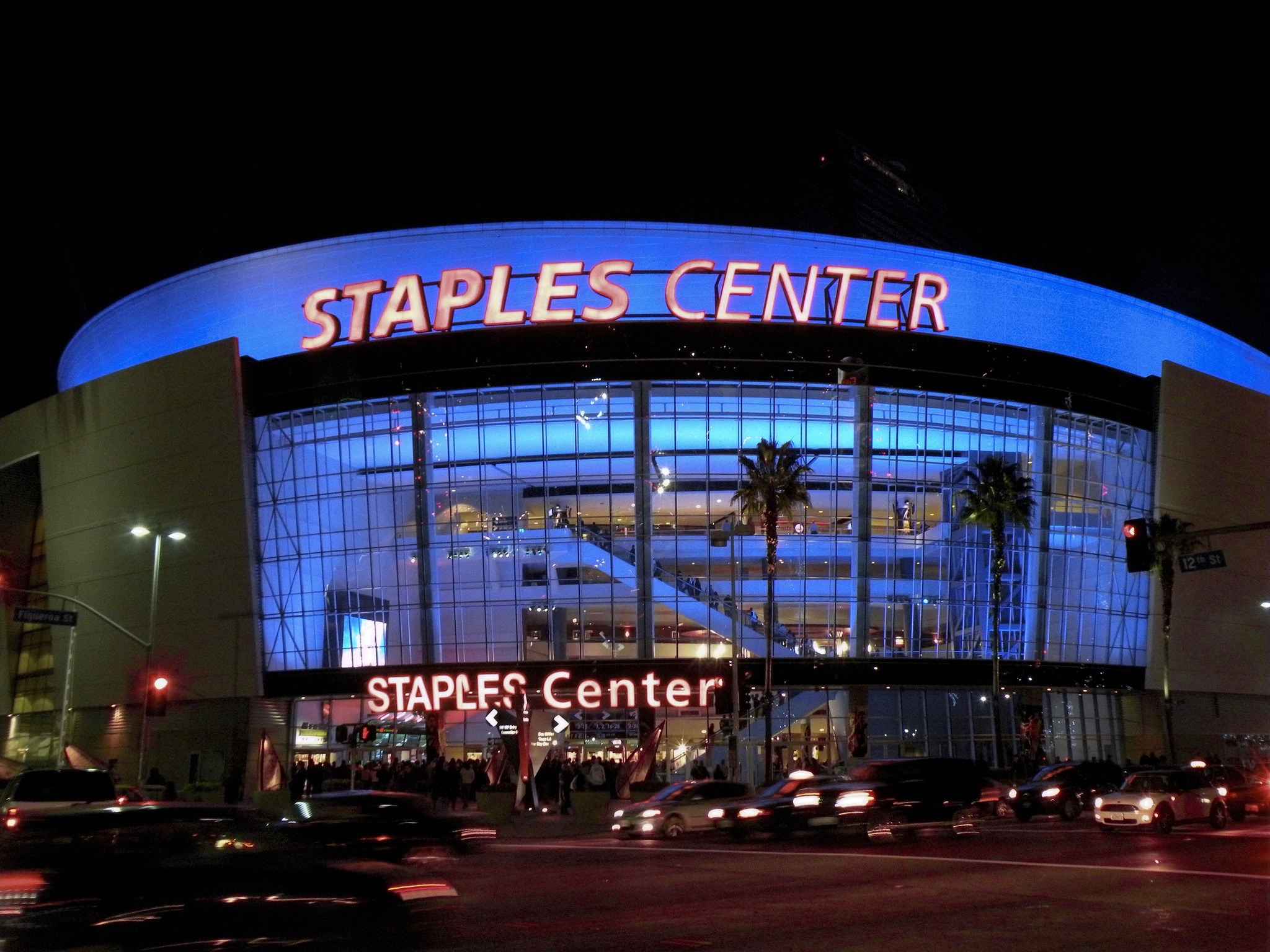