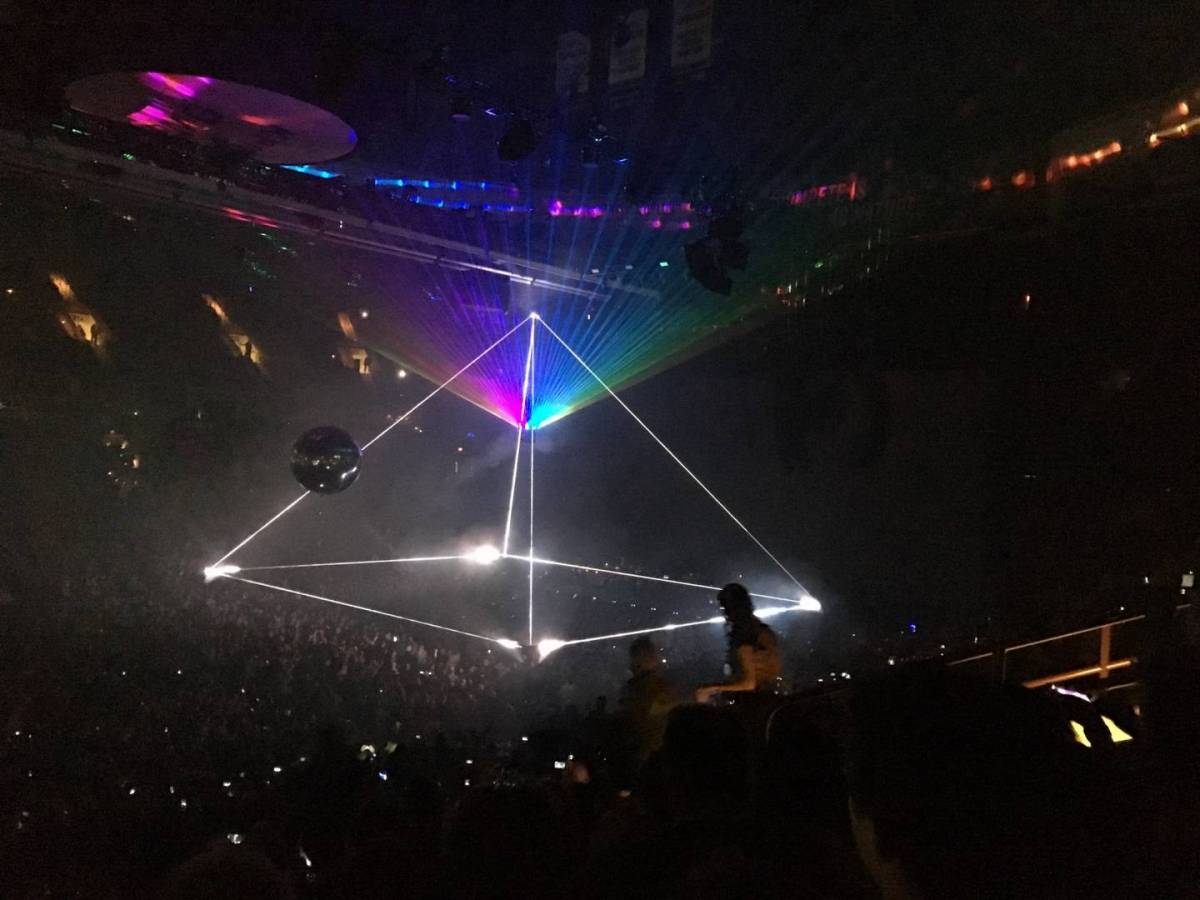 The first time was in June of 2007 at Vancouver’s GM Place on his Dark Side of the Moon Tour.  Then I saw him in December of 2010 at the same venue–after it had changed its name to Rogers Arena–on the Wall Tour.

And then of course I had to go see him again in May of 2012 when he brought a bigger Wall tour back to the cavernous BC Place Stadium in Vancouver.

They were all incredible shows, and I’d figured maybe three incredible Roger Waters show was enough for this puppy, so I wasn’t planning to attend either of the Vancouver shows, on October 28 and 29, on Waters’ Us and Them Tour.

But lo and behold my rock-loving, concert-crazed nephew happened to have a spare ticket to the first night, and since he was offering it for free and it cost $270, I couldn’t really refuse.

And man I’m glad I didn’t. Let me count the ways.

First off, Waters played a lot of my fave Floyd tunes, including “Breathe”, “One of These Days”, “Time”, “The Great Gig in the Sky”, “Wish You Were Here”, and “Another Brick in the Wall Part 2”–and that was just in the first set!

The sound was exceptional–far better than you usually get at the old hockey rink.

The visuals were astounding, including a row of video screens that descended from above and ran down the centre of the arena lengthwise. The scaffolding holding the screens turned into that grim, brown factory from the Animals cover, and even had fog coming from the smokestacks and a purple pig floating over it. The stunning images projected on the screen focused on the Us and Them theme, juxtaposing the twisted chasm between the filthy rich (shots of Trump Tower) and the ultra poor (Third World kids waiting for garbage trucks to dump their hauls so they could scavenge the dreck for sustenance.)

Speaking of Trump, the screwly elected President of the United States (for now) was a particularly worthy target of Waters’ ire. During set two’s “Pigs (Three Different Ones)” Trump was shown wearing a KKK hood and with his head on a baby’s body trying to grab some “pussy”, before the message “TRUMP IS A PIG” flashed for a second or two, not quite long enough to get a crappy iPhone shot of it.

Funny how the lyrics, written by Waters for the 1977 Animals album, seem so suited to today’s purposes:

Of course, all the Trump-bashing in the world doesn’t mean quite as much if you don’t have killer musicians to drive home that message, and Waters had them in spades. Snowy White might not be with him anymore–shout-out to Thin Lizzy!–but sterling guitarists Jonathan “The Hippie” Wilson and Dave Kilminster more than made up for his absence. Drummer Joey Waronker is a monster behind the kit. And Jess Wolfe and Holly Laessig are a dream-team on vocals, as evidenced by their note-perfect performance on “Great Gig in the Sky”.

And Waters ain’t no slouch on bass, either.

Besides the Pink Floyd classics, he also managed to squeeze in four tracks from his new album is this the life we really want?, because he’s not the kind of guy who just rests on his laurels and gets by with past hits,

Unlike the rest of the tour mother was dropped from the setlist and we were treated to a beautifull rendition of Wait For Her/ Oceans Apart/ Part of Me Died’ which was has only so far been played at tonight’s show.

By the time Waters had finished his 22-song set, leaving the crowd with a major glow from “Comfortably Numb”, I was thinking that maybe seeing him a fifth incredible time wouldn’t be too bad either. 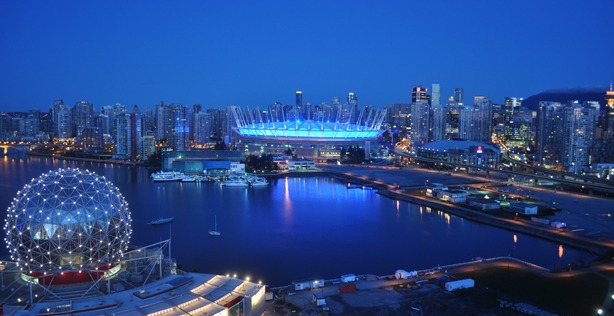 Rogers Arena] is an indoor sports arena located at 800 Griffiths Way in the downtown area of Vancouver, British Columbia, Canada. Opened in 1995, the arena was known as General Motors Place (GM Place) from its opening until July 6, 2010, when General Motors Canada ended its naming rights sponsorship and a new agreement for those rights was reached with Rogers Communications. Rogers Arena was built to replace Pacific Coliseum as Vancouver’s primary indoor sports facility and in part due to the National Basketball Association’s 1995 expansion into Canada, when Vancouver and Toronto were given expansion teams.

It is home to the Vancouver Canucks of the National Hockey League and hosted the ice hockey events at the 2010 Winter Olympics. The name of the arena temporarily became Canada Hockey Place during the Olympics.