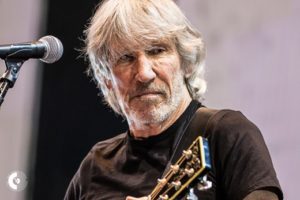 As fans awaited the arrival of Floyd mastermind Roger Waters at Golden 1 Center last week, there was a sense of reverence in the air and a feeling that this evening would be very special. However, there was something else occupying the minds of many on this night.

Glancing around the area near the arena, it was pretty obvious that this wasn’t your normal preshow. Sure, there were some fans sharing rituals like swapping Floyd anecdotes and testing each other’s depth of knowledge, but the Golden State Warriors were in the midst of closing out the Cleveland Cavaliers in the NBA Championship. It seemed in that moment, most eyes and minds were focused on Curry, LeBron and Durant.

Walking into the show, many in the long lines of people were chatting about the game and checking scores on their devices. When the show finally began and Waters and the band emerged to play the opening number “Breathe,” this slowed down quite a bit, even though one could still spy patrons sneaking a peek at the score. The Warriors finally wrapped things up midway through the band’s first set, and the fans returned their focus to the show. That’s a good thing, because what transpired on this night was an audio and visual feast that was more eye-popping than a Curry hesitation move.

Waters, who split from the band in the early ‘80s, looks incredibly fit at 73. He strode across the stage displaying exceptional chops on bass and exhorting fans with timeless lyrics. He and his band covered lots of territory, dipping into cuts from Wish You Were Here, The Wall, Meddle and Dark Side of the Moon. 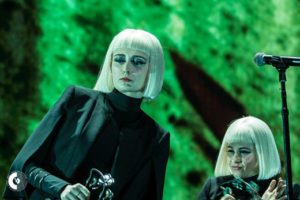 The group behind him were quite amazing, featuring singers Jess Wolfe and Holly Laessig from the band Lucius, whose soaring vocals added a splendid punch to some of the bigger numbers.  Also onboard was guitarist Jonathan Wilson, a fantastic player who is an in-demand producer. He has worked on  all three of Father John Misty’s albums. Opposite him was guitarist Dave Kilminster, whose solos were mind-bending.

If the picture wasn’t clear at that point, things were amplified during a couple of cuts from the classic album Animals. While concert goers were treated to a magnificent visual of the album cover’s factory high above their heads during the set’s opening number “Dogs,” this foreshadowed what was to come next. Of course, so did the track’s ominous lyrics, “You have to be trusted by the people that you lie to, so that when they turn their backs on you, you’ll get the chance to put the knife in.”

“Pigs (Three Different Ones),” began with images of the president distorted into many less than complimentary forms. Many were synched to the lyric “Ha ha, charade your are.” The word “charade” was superimposed over many of those visuals. Some of Trump’s infamous quotes appeared and then disappeared in rapid succession.

It was all pretty intense, but if one focused on the music, it may have been the most majestic part of the night’s performance with amazing guitar and keyboard work. It was interesting that none of these political statements were actually spoken by Waters during the show, but they were effectively communicated nonetheless through the visuals.

There was a sense of levity near the end of the song when Waters’ trademark flying pig made a sweep around the arena. In the settlement with his former band mates long ago, he retained rights to the pig. Naturally it, too, had anti-Trump images on it. It would be safe to say that the cheeto-in-chief was more vilified on this night than an NBA referee in the finals.

The band redirected the mood with exceptional versions of the standards “Money” and “Us and Them.”  Rogers was joined by Wolfe and Laessig for a delicately beautiful, trio version of “Vera” before the entire band came out again to finish with a sonically satisfying version of “Comfortably Numb.”

Many left the arena marveling at the event they had witnessed. And when the Waters fans once again mingled with the Warriors fans out on K Street, all politics were left aside, and it was a duel celebration of both music and basketball on the streets of Sacramento. 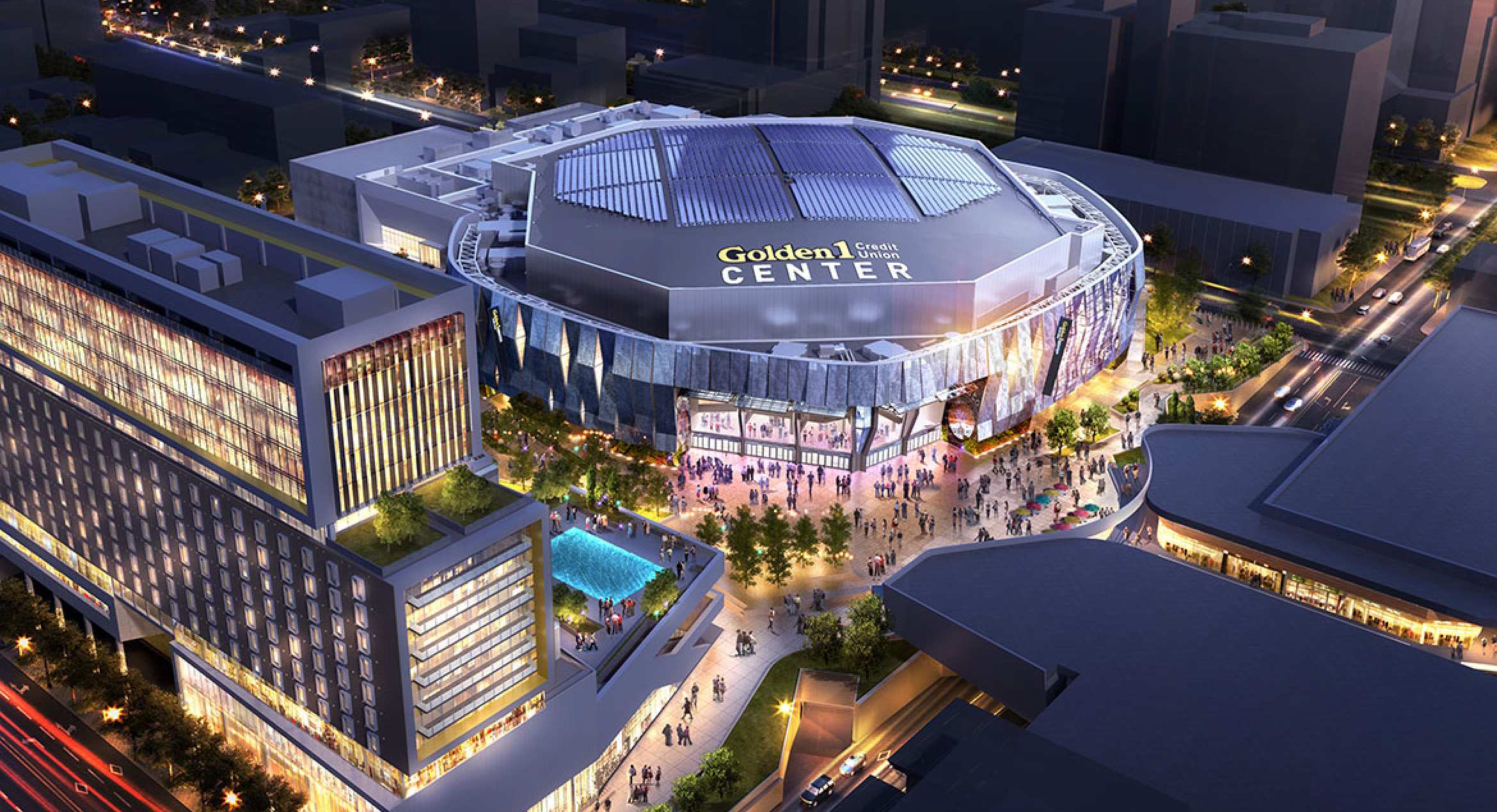 Golden 1 Center is a multi-purpose indoor arena, located in Downtown Sacramento, California. It sits partially on the site of the former Downtown Plaza shopping center. The publicly owned arena is part of a business and entertainment district called Downtown Commons, otherwise known as DoCo, which includes a $250 million 16-story mixed-use tower.

The arena, which replaced Sleep Train Arena as the home of the Sacramento Kings of the National Basketball Association, hosts concerts, conventions and other sporting and entertainment events. 34 luxury suites were sold to include all events year-round. Suite partners have access to three exclusive clubs on the premium level including two skyboxes that overlook the concourse and have a direct view of the outside. There are 48 loft-style suites. Capacity is expandable to about 19,000 to accommodate concert audiences.