Roger Waters’ titanic “Us + Them” production docked at the Canadian Tire Centre in Ottawa Tuesday night (October 10), and brought with it all the sonic and visual splendour that one would expect from what is essentially a “very best of Pink Floyd” tour.

For those not already at their seats, riveted in hushed anticipation, the iconic heartbeat of “Speak to Me” from the 1973 masterwork The Dark Side of the Moon, frantically drew in the remaining crowd. The pulsating sound acted as a hypnotic metronome, uniting the audience and the band for what would be an incredible two-hour marathon.

Waters took the stage joined by an impressive ensemble of musicians to support the tour, including guitarist vocalist Jonathan Wilson, drummer Joey Waronker (of R.E.M. and Beck fame) and “twin” back-up vocalists Holly Laessig and Jesse Wolfe of indie-pop sensations Lucius. So with an enormous video screen, panning out from the inner cosmos of the Earth and then backing into outer space, the band leapt into “Breathe (In the Air),” and the performance was on.

As the mastermind behind the majority of material from the Pink Floyd arsenal, Waters had 20 years and 12 albums’ worth of music to draw from, and he did so very deliberately, mingling together golden-era Floyd classics with a small selection of new material from his 2017 solo release, Is This the Life We Really Want?.

The music provided a luscious soundscape, dancing from a sense of elative, ecstatic jubilation, then pivoting into dangerous, dreadful despair and back again. Perhaps no one song, by any band, captures these emotional pivots as well as “One of These Days” from Pink Floyd’s Meddle; the live treatment of that song was seething with intensity, and had the audience riveted from the very start.

While the guitar work from Jonathan Wilson and David Kilminster in particular was very impressive, Pink Floyd member David Gilmour was missed in a number of spots for his trademark delicate vocals, and nowhere was this more apparent than on 1975’s masterpiece “Wish You Were Here.”

Closing the first set with perhaps their most recognizable hit, the band performed a blazing rendition of “Another Brick in the Wall.” Waters was then joined on stage by a children’s choir that saw a dozen kids from the Boys & Girls Club of Ottawa in orange prison-like jumpsuits singing the choruses — before tearing those off to reveal black shirts beneath, adorned by the word “RESIST” in bold letters.

After an intermission, klaxons began to blare and a mesmerizing structure covered in spinning red beacons began to descend from the ceiling of the arena, warning the audience that the show was about to continue. As the band plunged into “Dogs” from 1977’s Animals, the massive suspended prop began to shift, screens stretching upwards, creating the breathtaking illusion that massive factories, those from the Animals album cover, were rising up into the sky and spewing smoke from their stacks. As the song drew to a close, banners seemed to unfurl from the factory walls, pleading, “PLEASE HELP, WE ARE TRAPPED IN A DYSTOPIAN NIGHTMARE.”

“Dogs” bled into “Pigs” as the performance targeted, with very little subtlety, U.S. President Donald Trump. Overlaying lyrics from the song such as “charade” and “fat chin” with derogatory Trump images — Trump’s head on a pig, Trump as a baby, Trump spewing verbal diarrhoea, Trump with a small penis, Trump the KKK member — it was very blunt and politically charged. It all integrated into a show laden with performance art, but it also felt heavy-handed and crass. Desperate times call for desperate measures, though, and the song later featured a massive, pink, 30-foot, drone-propelled pig flying around the stadium, while the words “TRUMP IS A PIG” towered across the video projections.

As the show production continued to mesmerize, the band deftly navigated much more of The Dark Side of the Moon, propelling through incredible performances of “Money” and “Brain Damage.” “Us and Them” saw the crowd on their feet, tokers doubling down on their THC intake, while others swayed and danced around them. “Eclipse” saw jaw-dropping visual effects, as a pyramid assembled with laser beams towered over the crowd, a large floating sphere flying into the centre of it, while another barrage of prismatic coloured lasers showered down onto the crowd, much like the iconic album cover.

Closing out a stellar night, “Mother” was an incredible performance, while “Comfortably Numb” saw more barrages of impressive lasers piercing clouds of confetti flittering down onto the crowd, before the band brought the night to a close, the nine of them standing humbly before the crowd and taking a bow.

The performance expertly piqued and prodded at the senses, and left the crowd staggering from the arena, like they had just awoken from a delirious fever dream. 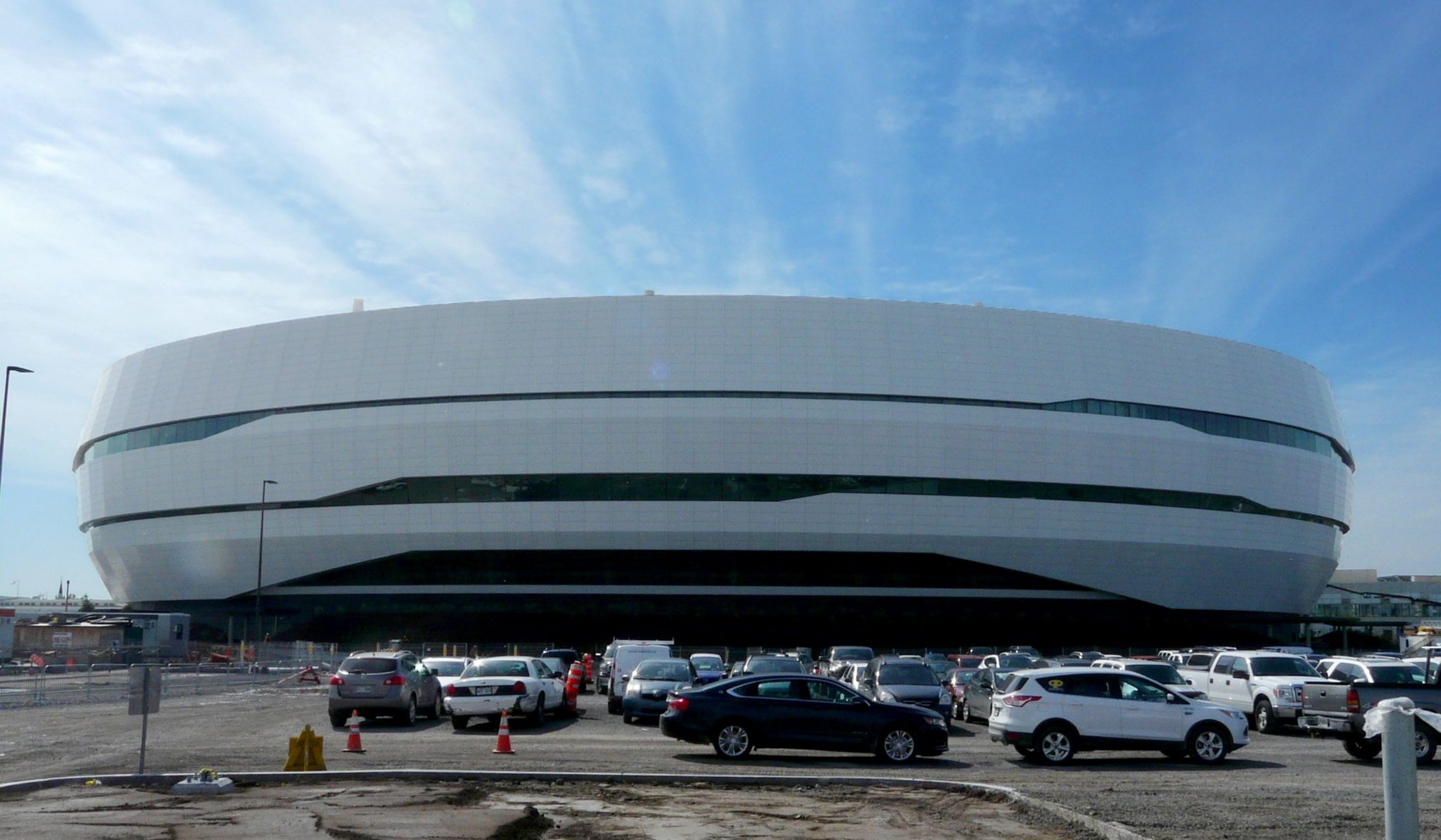 Canadian Tire Centre (French: Centre Canadian Tire) is a multi-purpose indoor arena in Ottawa, Ontario, Canada, located in the western suburb of Kanata. It opened in January 1996 as The Palladium and was also known as Corel Centre from 1996 to 2006 and Scotiabank Place from 2006 to 2013.

The arena is primarily used for ice hockey, serving as the home arena of the Ottawa Senators of the National Hockey League (NHL) since its opening in 1996, and as a temporary home for the Ottawa 67’s of the Ontario Hockey League during renovations at its arena. The arena is also used regularly for music concerts and has hosted events such as the Canadian Interuniversity Sport men’s basketball championship. 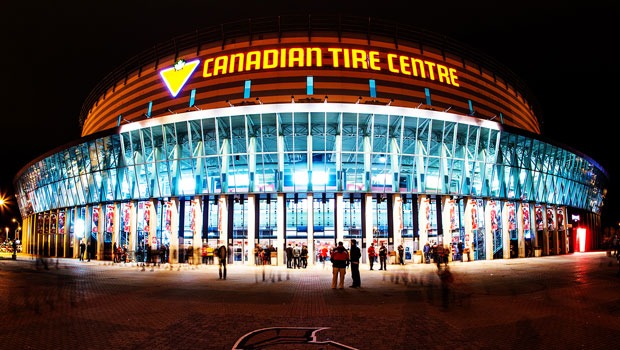