On his “Us & Them” tour, Roger Waters is re-imagining Pink Floyd favorites with no-holds-barred political commentary.

During “Pigs (Three Different Ones),” an inflatable pig flies throughout the arena while President Donald Trump is depicted as an infant in the arms of Vladimir Putin. Children appear in orange prison jumpsuits during the “The Happiest Days of Our Lives” and take off the suits during “Another Brick in the Wall” to reveal T-shirts with the word “Resist.” The classic ”Money” brings images of Trump’s casinos and the Kremlin. Dark humor and derisive social commentary permeate the show and are used to a higher intensity than in his previous work.

Waters told The Arizona Republic this month that “the show is titled ‘Us & Them,’ and it’s based on my contention that the divisiveness that we see in the contemporary political arrangements on this small planet are counterproductive to the sum of happiness that is available to human beings. That’s why I call the show ‘Us & Them,’ because I believe there is no ‘them.’ There’s only ‘us.’” The tour comes to the Tacoma Dome on Saturday, June 24.

Best known as the leader and electric bassist of the psychedelic rock band Pink Floyd, Waters, now 73, is one of the major progenitors of the concept album. Pink Floyd performed and toured from the mid-1960s to the early 1990s, after which Waters continued recording solo, penned a rock opera on the French Revolution, and contributed to the soundtrack for “When the Wind Blows.” The scathing “Is This the Life We Really Want?,” released June 2, is his first fresh rock album in 25 years.

Rogers’ in-concert message is bolstered by a nine-piece band, which includes the contemporary folk-pop duo Lucius, consisting of Holly Laessig and Jess Wolfe. Lucius and Waters met at the Newport Folk Festival in 2015.

“Roger has brought on a lot of big voices on this tour and always finds a way to give everyone a chance to speak, something I greatly admire,” said Laessig during an email interview. “The visual element and overall production to the show is completely unreal; it pulls at the heartstrings, and creates a very powerful atmosphere. It puts you in another universe where you can zoom out and zoom in on relevant topics. I continue to tell everyone that it’s like nothing you’ve seen before, and won’t want to miss.”

He is the man that invented theater in rock ’n’ roll. It’s so fantastic to be around someone who paints an incredible landscape for his audience to be swept off to and in. He stops at nothing to make it an epic. 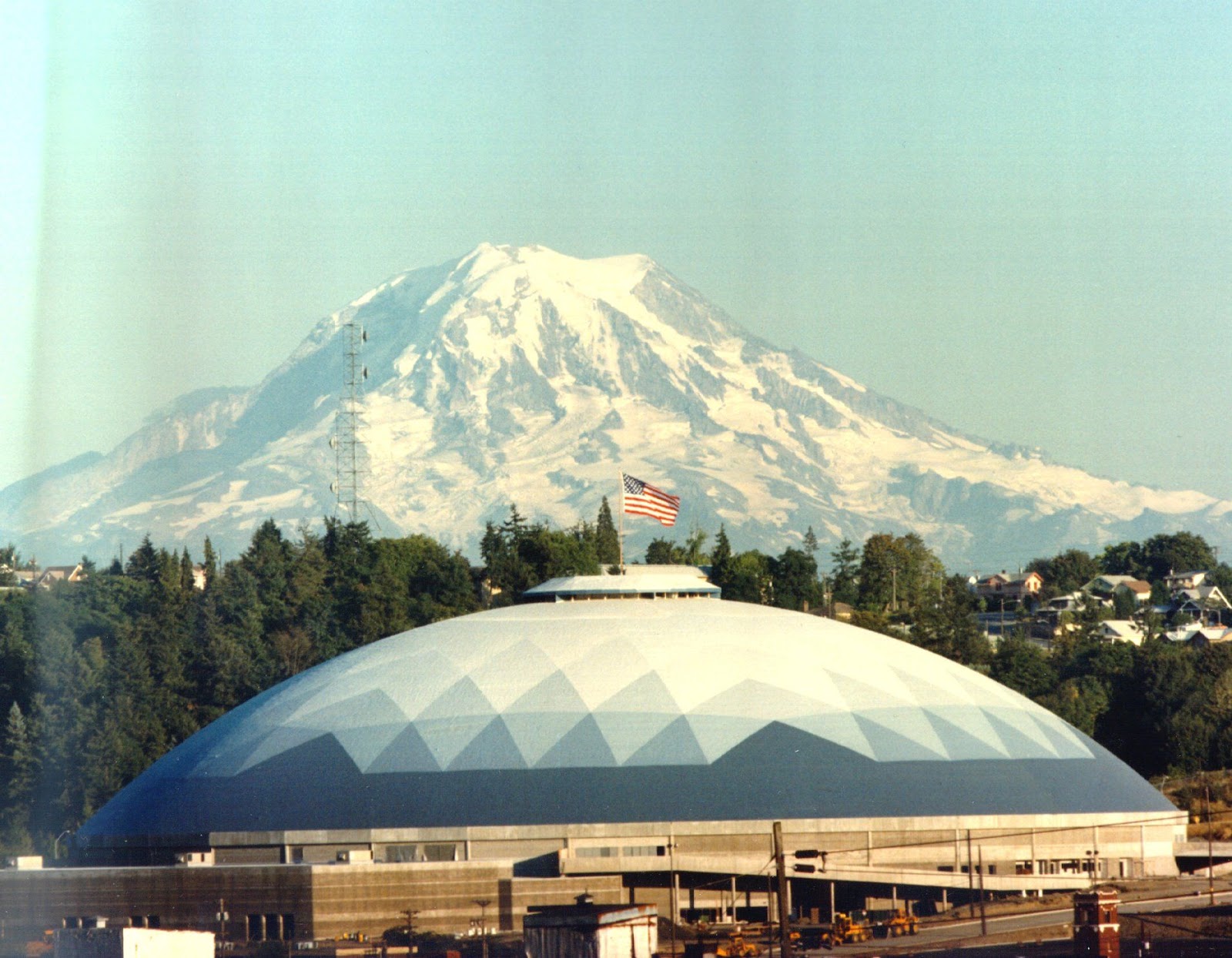 Upon winning an international design competition, local architects McGranahan and Messenger completed the Tacoma Dome in 1983 for $44 million which opened on April 21; the arena seats 17,100 for basketball. 530 feet (160 m) in diameter and 152 feet (46 m) tall, and able to seat 23,000, it is the largest arena with a wooden dome in the world when measured by volume. The Superior Dome, in Marquette, Michigan, is a larger diameter geodesic dome at 536 feet (163 m), but is only 143 feet (44 m) high and only seats a maximum of 16,000. Unlike most other arenas of its size, the arena contains little in the way of fixed seating so as to maximize the flexibility of the seating arrangements and of the shape of the playing field. It can even host American football, albeit with seating reduced to only 10,000.

The Tacoma Dome is also known for its controversial neon art. In 1984 the Stephen Antonakos piece displayed inside the dome was the subject of intense debate over public funding of artworks for public works projects.