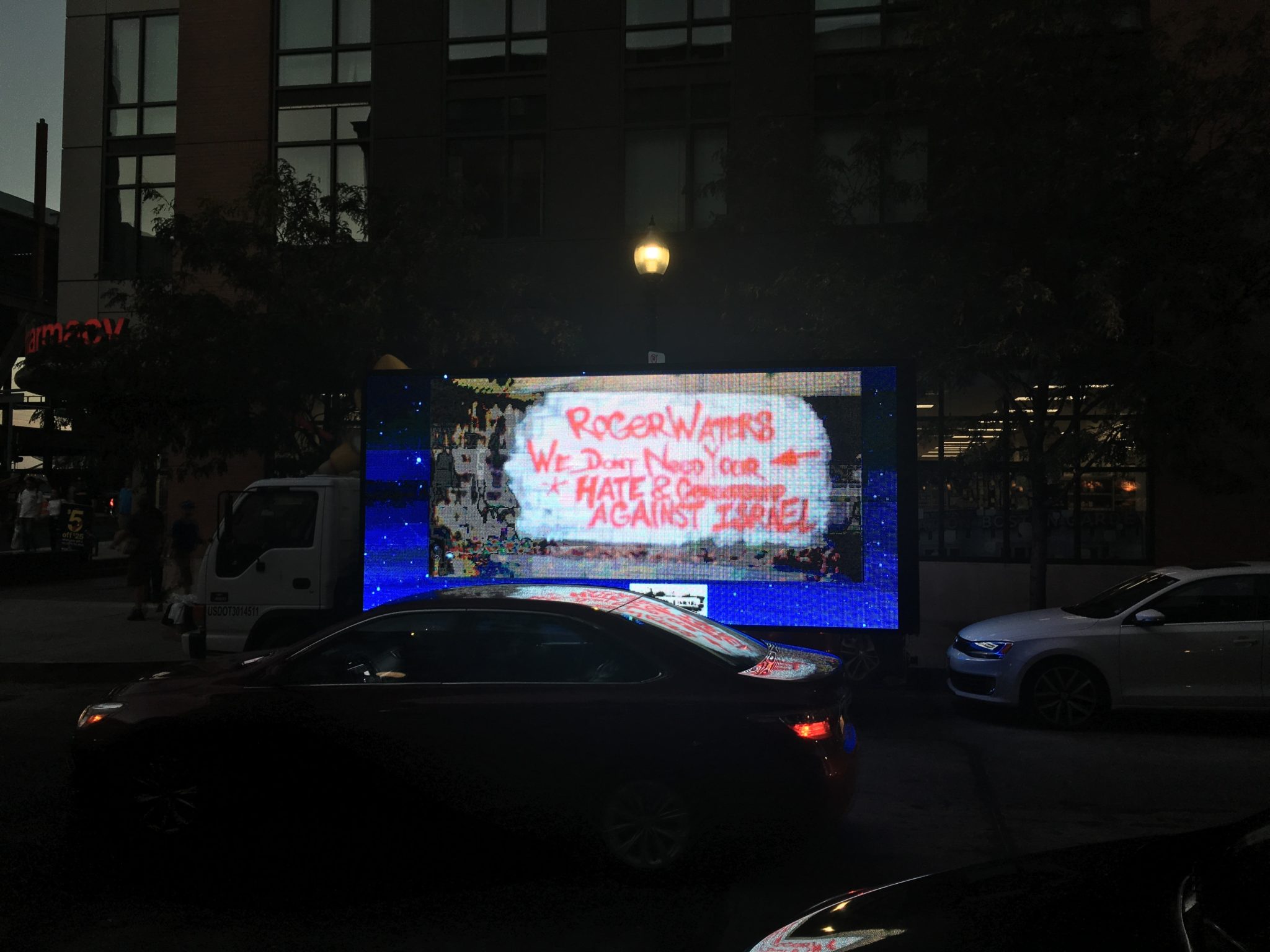 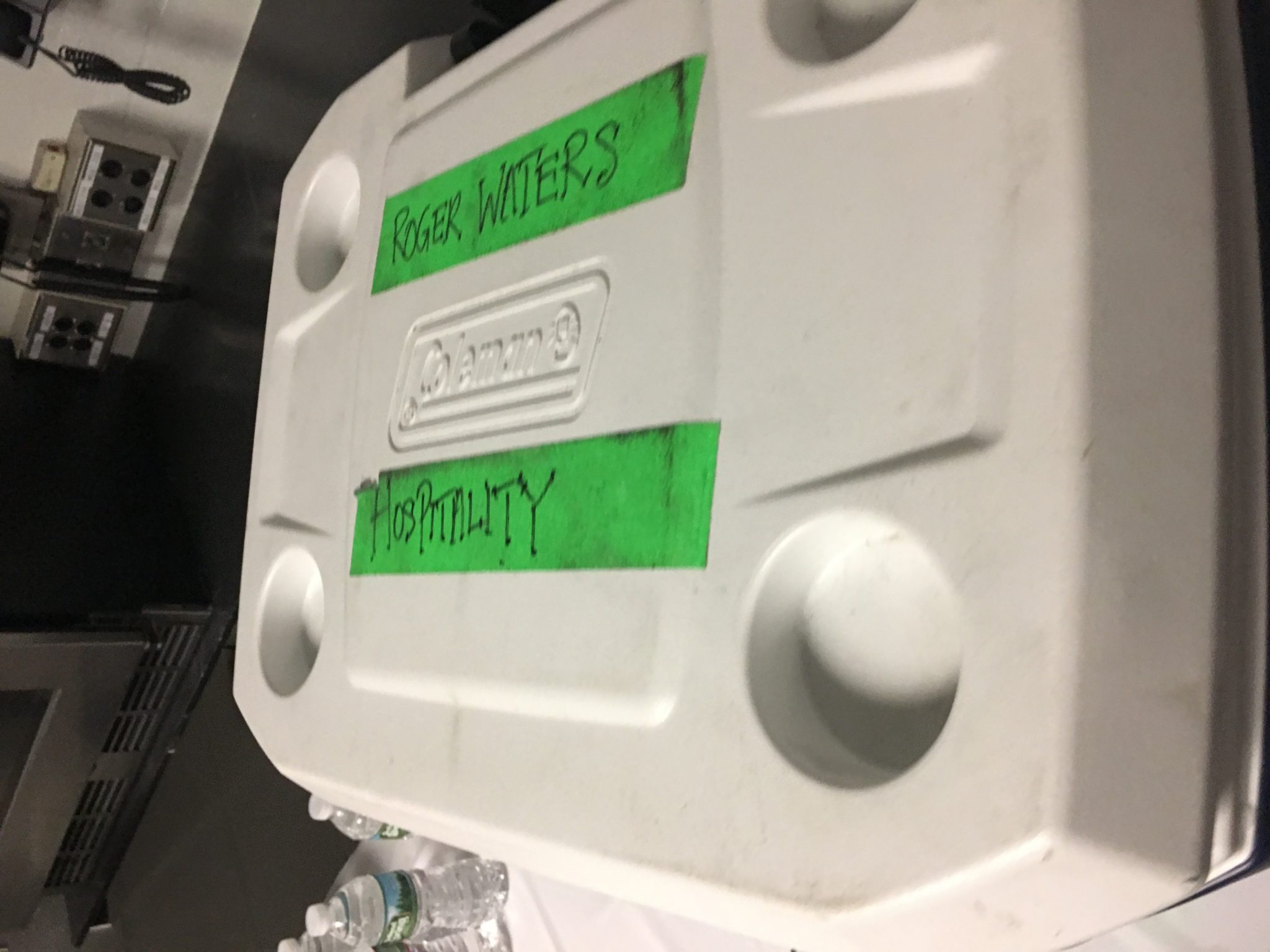 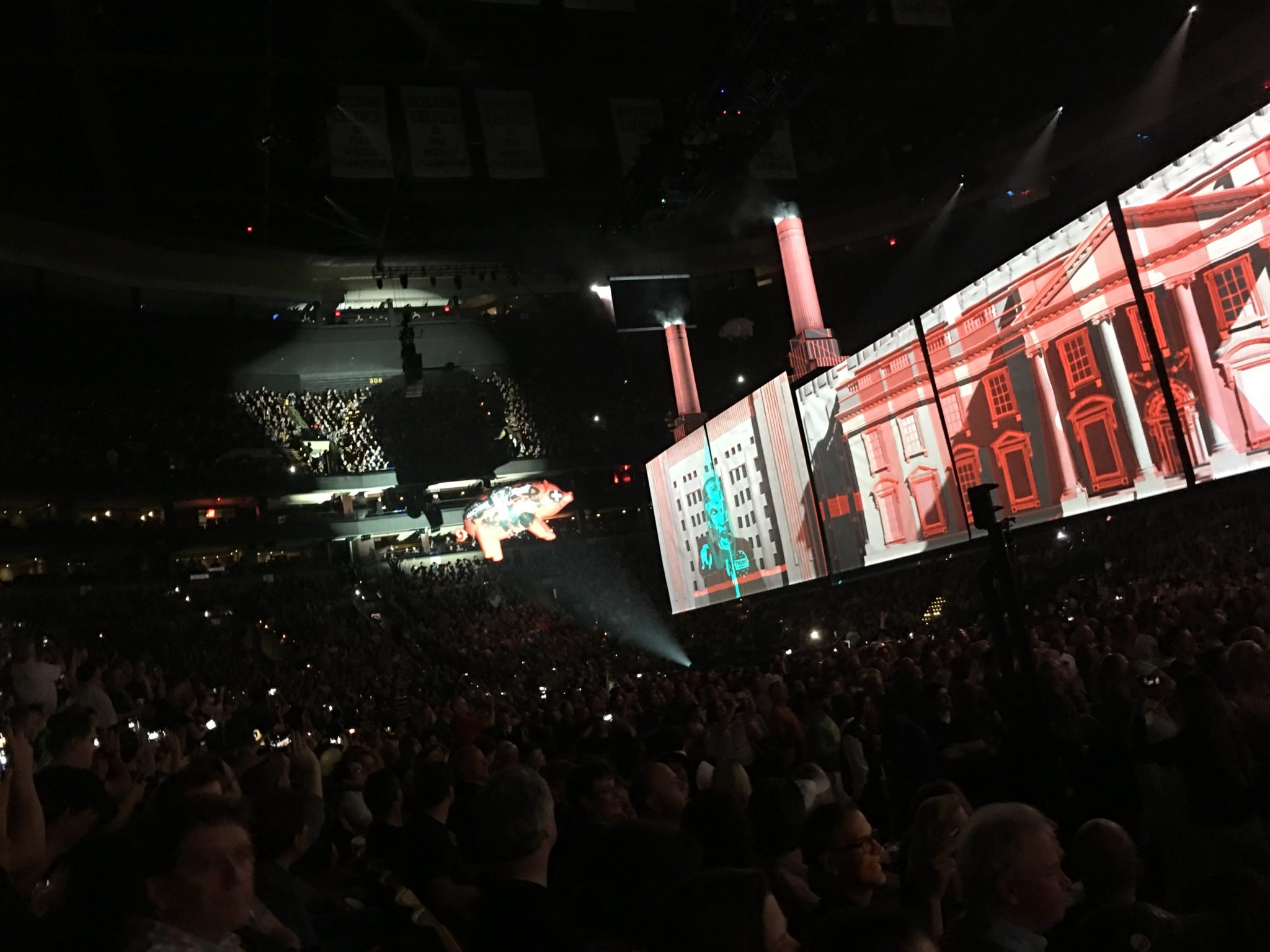 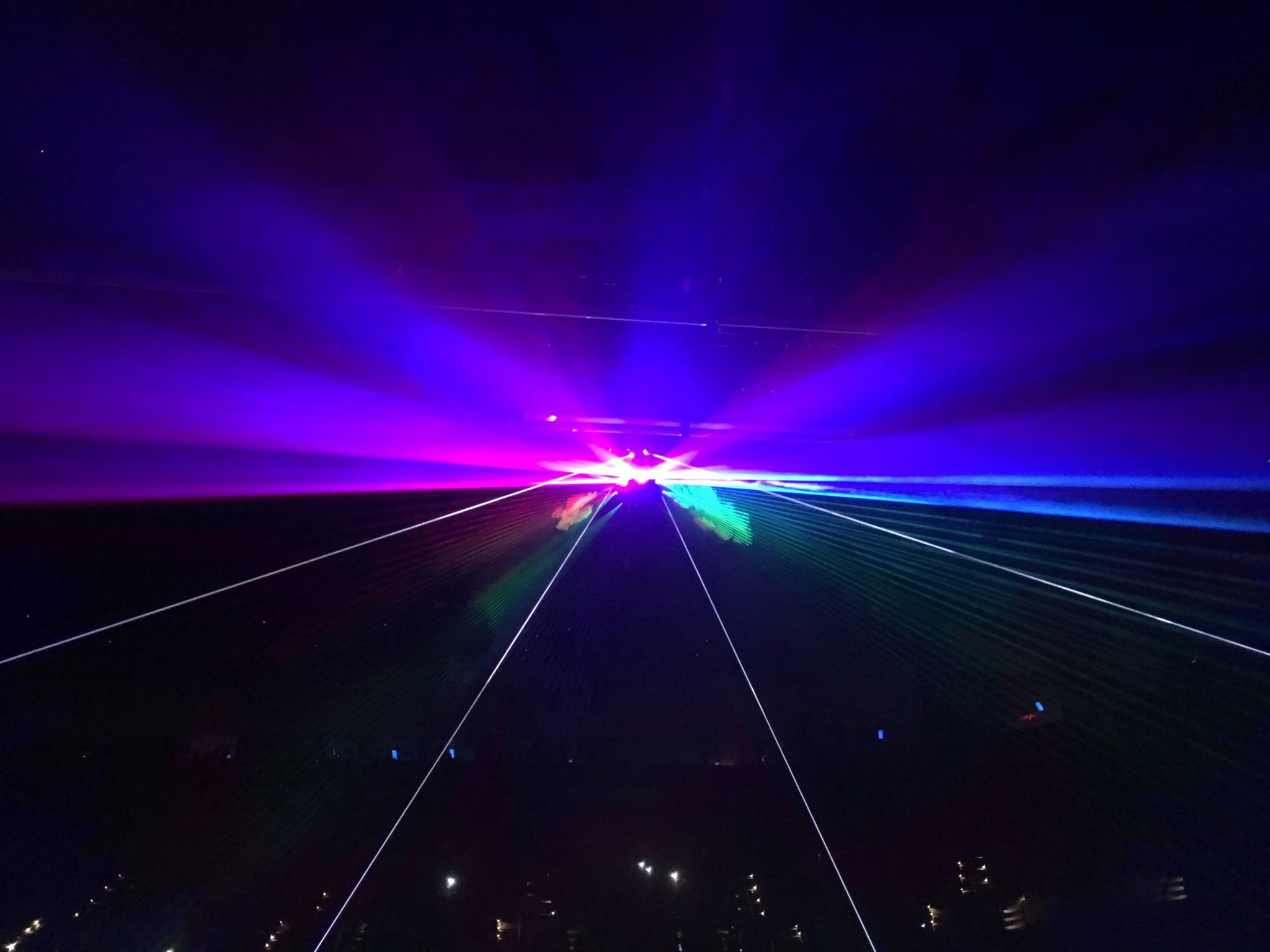 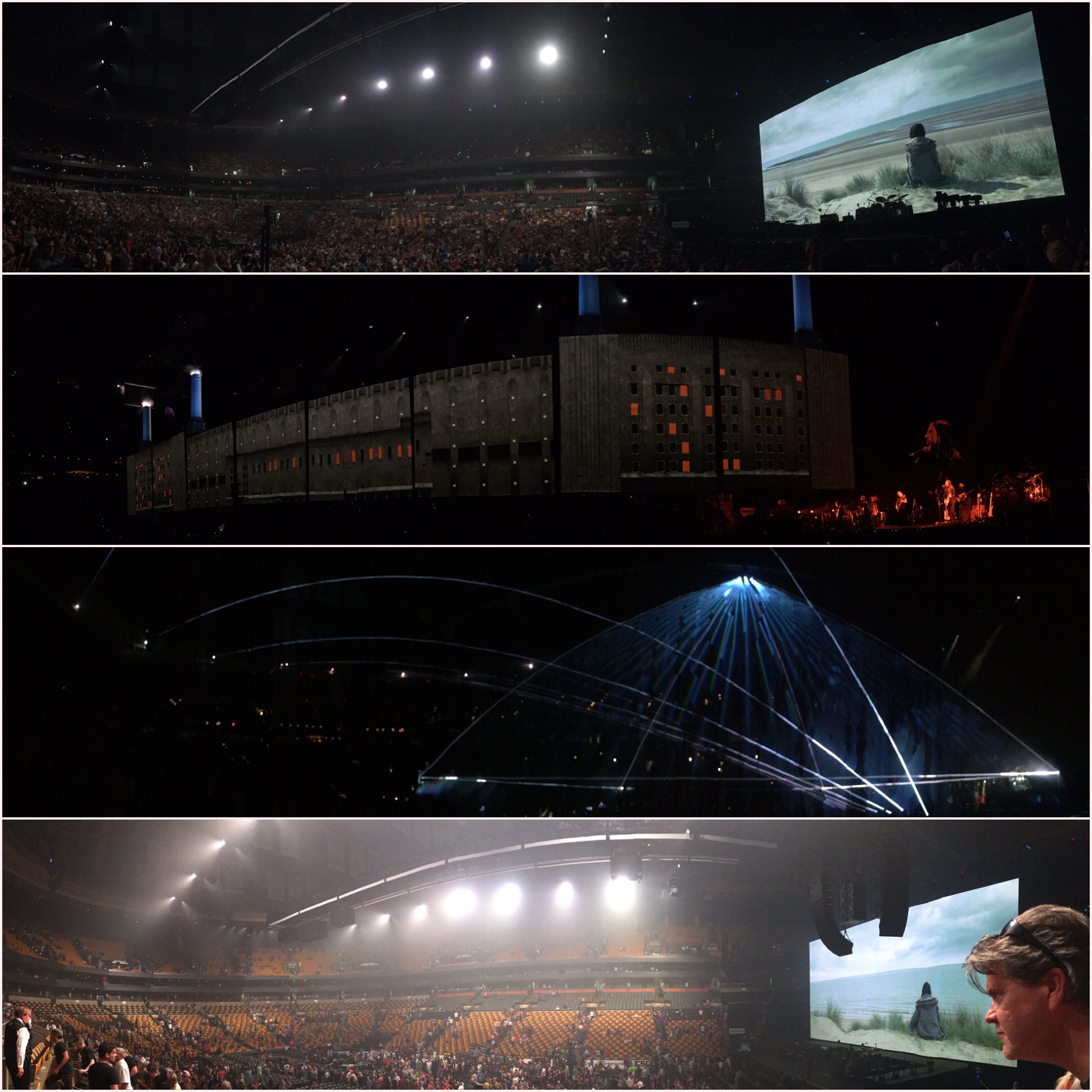 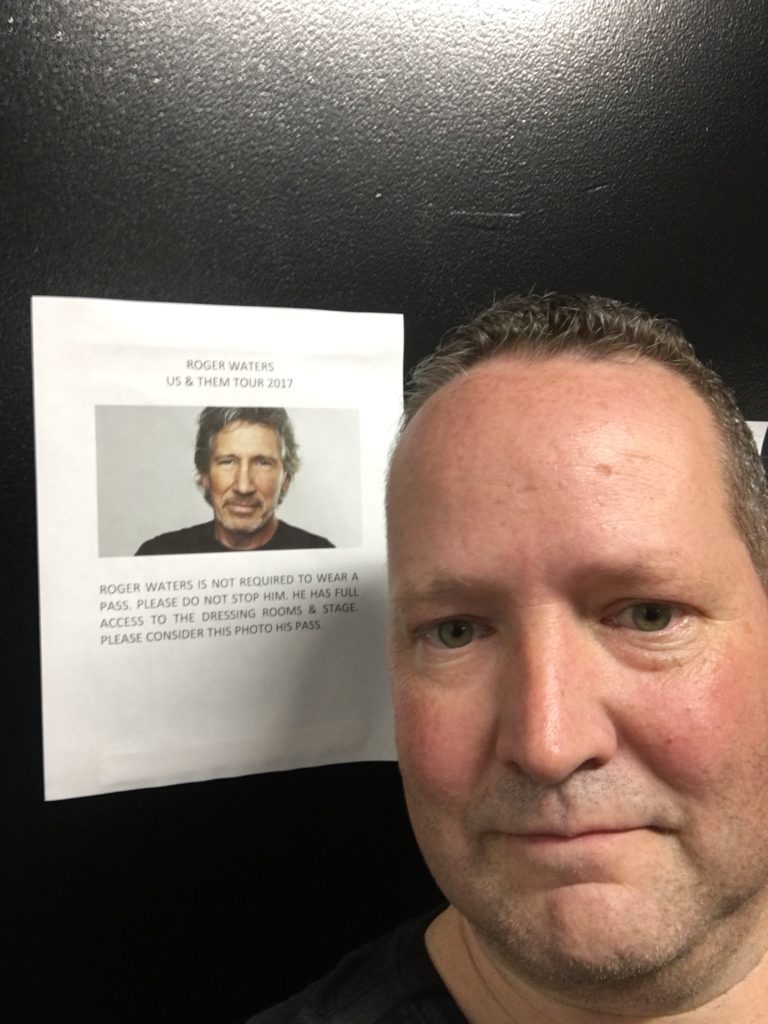 “The company I work for does merchandise for Roger’s shows “tees” So I scored a Guest Pass to the backstage hospitality room where the band and their guests hang out for drinks pre-show and during intermission. Here are some photos from last eve.”

If it’s anything like Wednesday’s show, the anti-Trump vitriol is relentless and may be a turnoff for hardcore fans who just want to chill with a $13 beer and hear Pink Floyd’s greatest hits played by Waters and his ace band.

The music — and related Pink Floyd iconography — was indeed excellent Wednesday. (Waters put the crowd into a rock ’n’ roll trance with impeccable, if somewhat bloodless versions of “Dogs,” “Pigs,” “Money,” “Comfortably Numb,” and “Another Brick in the Wall,” during which he was joined on stage by school children from Seekonk wearing “RESIST” T-shirts.)

But Trump was the other star of the show. His angry face flashed on video screens throughout — at one point, there was an image of the president in a diaper cradled by Rus 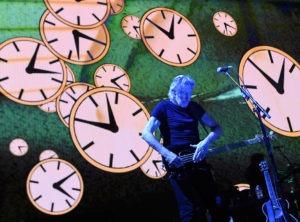 sian President Vladimir Putin — and Waters, who still plays a mean bass at 73, concluded Wednesday’s first set by taking a knee on stage in front of a giant “RESIST” backdrop.

Since it was an older crowd — OK, much older — who’d grown up in the ’60s and ’70s — the heyday of protest music — the majority of those in attendance cheered wildly Wednesday. But there were a few boos, too, and we’re told that some people walked out when Waters kneeled. On Twitter, the reaction was mostly positive. People seemed to appreciate Waters’s spirit and dissent.

Others, though, weren’t down with a rock star being so explicitly political.

But it was hardly a bait and switch. In its own peculiar way, Pink Floyd was a political band, and Waters has made his antipathy for Trump well known: The tour is called “Us + Them” in part because of the Floyd song of the same name and in part because Waters has an adversary and, well, he wants you to know it. 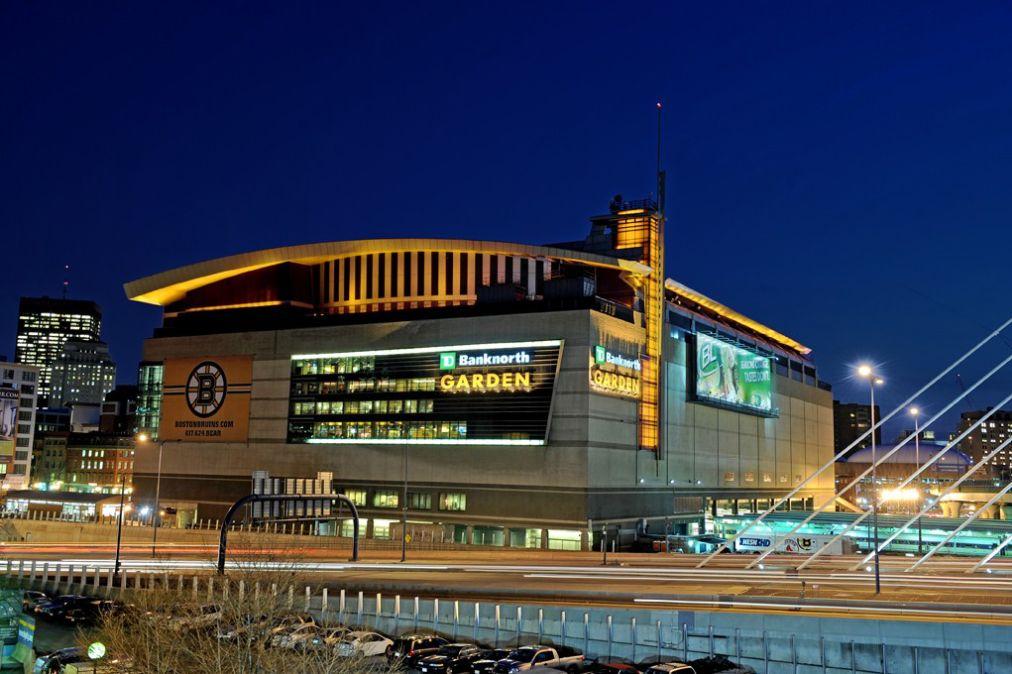 The TD Garden (previously the Shawmut Center, the FleetCenter, and the TD Banknorth Garden; nicknamed the Boston Garden and The Garden) is a multi-purpose arena in Boston. It is named after its sponsor, TD Bank, a subsidiary of Canada’s Toronto-Dominion Bank.

TD Garden is the home arena for the Boston Bruins of the National Hockey League and Boston Celtics of the National Basketball Association. It is owned by Delaware North, whose CEO, Jeremy Jacobs, also owns the Bruins. It is the site of the annual Beanpot college hockey tournament, and hosts the annual Hockey East Championships. The arena has also hosted many major national sporting events including the 1999 and 2003 NCAA Division I Men’s Basketball regional first and second rounds, the 2009 and 2012 Sweet Sixteen and Elite Eight, the 1998 Frozen Four, the 2004 Frozen Four, the 2014 United States Figure Skating Championships, the 2006 Women’s Final Four, and the 2015 Frozen Four. It hosted games 3, 4, and 6 of the 2011 Stanley Cup Finals and the 2013 Stanley Cup Finals for the Bruins, and games 1, 2, and 6 of the 2008 NBA Finals and games 3, 4, and 5 of the 2010 NBA Finals for the Celtics.

It is located directly above Boston’s North Station.