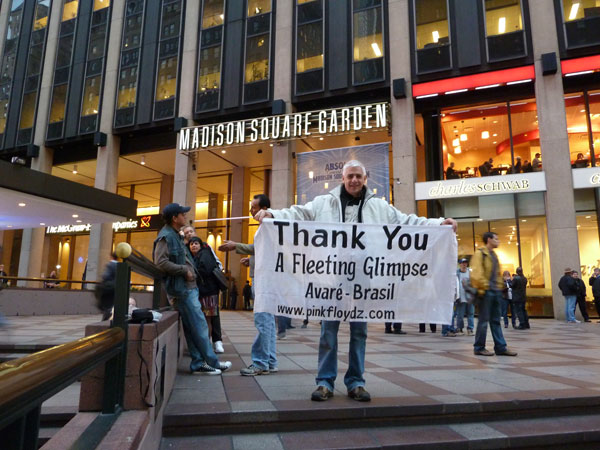 Spotted at this show…..Joaquim Arnês from Brazil flying an AFG banner. Joaquim was also seen in Boston 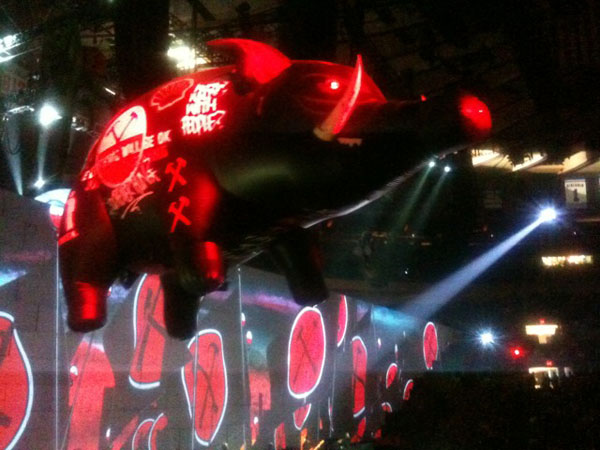 The second show was a lot better than the first, the projections were spot on, the music was better(there were still a couple of mistakes though) and I was 3rd row right block on the aisle for the first half. For the second half Kami and I went and sat stage right right next to the wall and about 4 rows back from the stage. The crew put a plastic line of tape down the side by these seats as it’s where the wall falls down and covers the seats. There were 6 seats on our row and then the line of tape, Kami was sat right next to the tape and I was in the seat next to her. Just before this start of the second half they moved the tape out two more seats which left 4 seats on our row and again kami was right up next to the tape.

Just before the second half started a couple of people sat in front of us, one was Rogers girlfriend and the other was the actor Jim Carrey! I hadn’t recognised him till Kami pointed him out, it was fun to see him rocking out and having fun and taking videos on his iphone!

Seats at the side and front are a great place to see all the equipment rising up from the stage during the second half and the band walking on and off stage:

So now comes the time for the wall to come down! I said to Kami were a bit too close for comfort for me so we moved over to the left two seats. I love when they start moving the wall and making it like ripple all the way across if it gets a good ripple going then you know its gonna to be a great “wall fall” tonight was the best I’ve seen, so much that two bricks where it started rippling were teetering on and off the wall! as you can see in the video below. As you can also see had Kami and I not moved over two seats kami would have been hit straight on the head by the falling bricks!! I know Jens would pay to have that happen to him but with Kami and her back I’m not sure she would have been too pleased!!

It was the best best “wall fall” I’ve seen, not only because of where our seats were but just the bricks balancing on and off the top and the whole tumble down was fantastic. 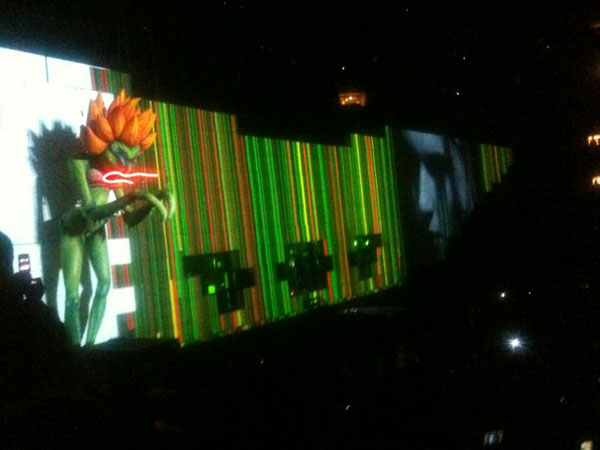 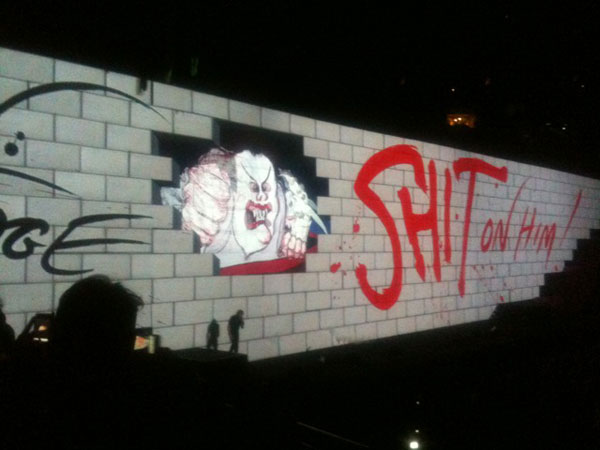 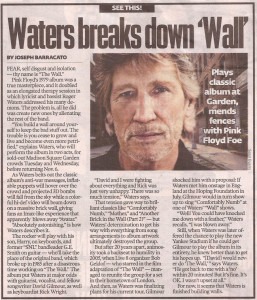