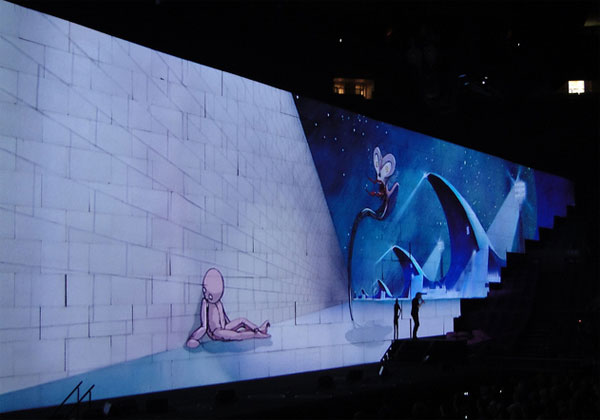 Thanks to Jonathan Bayer

On Tuesday, October 5th, 2010, The Wall production rolled into New York City’s Madison Square Garden, attracting a sold out house of all ages.

Sadly, I did not see the 1980 show so my first impression upon walking into the arena was how massive the set up was. The partially constructed Wall spanned the entire width of the arena. The area that contained the mixing gear, computers, video controllers, etc., seemed to take up an entire floor section. Overhead, the lighting trusses, speakers, video racks, and mannequin hangers dwarfed the crowd below. We were about to see why.

The lights went down promptly at 8:15 after a short Monty Python montage was fed through the massive surround sound system. Perhaps it was Rogers way of letting us know that he truly has “lightened up” since the last time the wall was erected 30 years ago.

“In The Flesh” opened, steamrolling the audience with a complete barrage on the senses. Powerful sound, complete with an array of beautiful pyrotechnics and a team waving the legendary hammer flags. At the end of the piece, the Stuker warplane soared down over the audience and knocked down part of the wall before bursting into flames behind it. My jaw was hanging open!

The rest of the show was true to the album, track by track, (or brick by brick)? The sound, the production, the performance, all top notch, unlike any concert event you will ever see.

I was a bit disappointed that the mighty Gilmour did not make the appearance, but Kilminster did a good job of covering the parts, as did the rest of the band.

I don’t want to completely spoil this for anyone, so I will end here. All I can say is, you will not forget this performance.

I’ve never really thought Madison Square Garden (The Garden or MSG as its know locally) to be anything special to be honest, I know it’s a legendary venue but the inside is actually a bit smaller than most arenas these days although I guess in its day it was the venue to play at and still is really.

The first show was great but a lot of mistakes both music wise and projection wise! It was great to see a show with my friend Jason who had flown over from the UK. We were 10th row on the left hand side but right on the aisle so close to the middle block. Jason was blown away by the show, I love seeing peoples reactions during the shows and after and hearing what they think about things. I looked over to Jason several times and his face was just sheer delight! 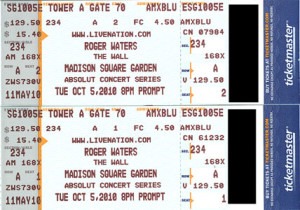 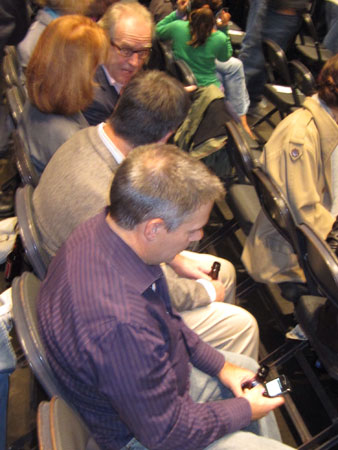