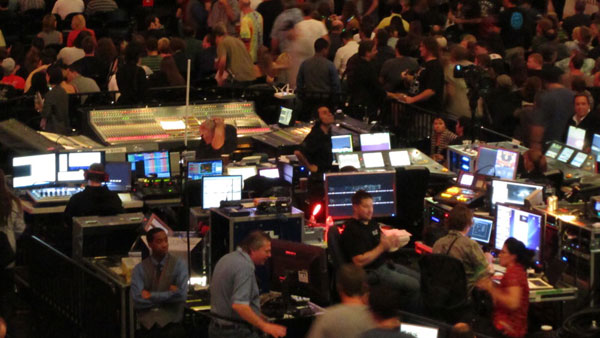 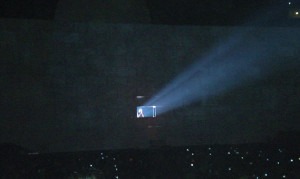 As far as writing a complete review of these last two shows I’ve seen, (Chicago 20th & 21st Sept) I’ve decided instead just to add random impressions and thoughts along the way. I’ll start with a quick comparison of the original Wall tour to this new tour, and while it may seem easy to compare and contrast, it really is difficult to make a comparison given the context of the differing situations and what they mean to me on a personal level.

Someone else mentioned how times and feelings have changed for Roger since then, and I couldn’t agree more. Additionally, times and feelings have also changed for myself and others who saw the original shows. For the original tour, I was a still young and rebellious impressionable 17 year old soaking in what at the time was the new Wall album…it was a lot to digest and spoke to me on many different levels. The original shows perfectly reflected those feelings of darkness and alienation, both visually and musically. Now I’m 47 years old, and have 30 more years under my belt of experiencing life. The album is completely imbedded in my heart and soul, memorized from start to finish, and speaks to me on different levels while still retaining those initial impressions I had when I was a 17 year old. With the new revisions and additions for this new tour, the shows (like the album) speak to me on different levels as well, visually and musically. It’s leaving new impressions that add layers to the old impressions. 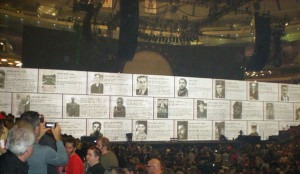 It’s hard to say whether these shows are better or worse given the different context and 30 years of separation, but it is a bit different as it should be. After all, alot can happen in 30 years, and thankfully the show has been updated and not just an attempt to recreate or duplicate the original…that would have been dishonest. I had an initial fear prior to seeing the new shows that the modern high-tech additions might veer on the cheesy side, but that is not the case. And there are instances of lightheartedness from Roger that seem a bit odd at first sight, and don’t seem to jibe with the original darkness, but then again, Roger is a different animal than he was 30 years ago. With all that said, and not saying one is better than the other, I have to say the original shows hold a special place in my heart, and they will always remain at the top for a variety of personal reasons. But these shows are very special in their own way, and they’ll also hold a special place in my heart forever. They are two different shows for two different eras. I’m completely blown away by the new shows just as I was the old shows, and am actually having a hard time putting into words exactly what kind of phenomenon I’ve just experienced… it could take 30 more years to fully grasp it all.
Stay tuned…

The touring production of “The Wall,” a musical by Roger Waters, will be in Chicago all week, with performances at the United Center on Tuesday, Thursday and Friday.

If that sentence makes this sound like a theater review, it is. This revival of Waters’ magnum opus for the band Pink Floyd is a carefully tweaked evolution of the 1980 stage shows the band performed in four cities, themselves a dramatic visualization of the heady concept album the year before. This time out, “The Wall” is spruced up with contemporary cultural references and recent war footage in an attempt to apply the narrative’s twitchy, paranoid outlook to modern affairs. The result is still a jumble of themes and ideas, but the overall effect is surprisingly fresh and remarkably relevant.

But it’s theater, pure and simple. The music, provided by an 11-piece band, frequently takes a backseat to the visuals — giant dancing marionettes, towering inflatable women, a floating pig, fiery pyrotechnics and a nearly constant stream of video and animation. Then there’s the wall itself, a few dozen feet high and built along the front of the stage, brick by white brick, by stagehands throughout the first act. Much of this music, in fact, with its long, languorous instrumental passages, requires such visuals just to keep the audience engaged.

By the second act, the band spends much of its time behind the wall — we first see only glimpses of movement between cracks in the bricks, and there’s still a spotlight shining on Waters as he sings “Hey You” back there, somewhere — and the show becomes completely reliant on the video projected onto the wall, much of it re-creating the anti-“Fantasia” nightmare crafted by Gerald Scarfe for the 1982 film version of “The Wall.”

“The Wall” was Waters’ one successful complete artistic statement, his dramatic second act after a tight and tuneful first; “The Wall” is to “Dark Side of the Moon” as “The White Album” was to “Sgt. Pepper’s,” or “Tusk” was to “Rumours.” But why trot it out now? What can its themes of personal alienation, post-war disillusionment and the frustrating relationship between an artist and his audience have to say to us in 2010?

Several moments in this frequently dazzling performance attempt to link the ideas in these 30-year-old songs to the current wars in Iraq and Afghanistan and other war-related tragedies. “The Thin Ice” opens early in the show with a photograph of Waters’ father, who died in World War II, on a screen above the stage. This turns into a photo of a new American soldier, then an Iraqi boy, a Somali woman, a New York City firefighter, all dead.Other moments in Monday night’s show pointed to the wall as a symbol for communication failure in our modern times. As the band chugged through the irresistible riff of “Run Like Hell,” a series of images mocking Apple’s ads showed various types wearing white-corded earbuds alongside certain labels — wolves with “iLead” followed by sheep with “iFollow,” what appeared to be an Osama bin Laden-like character with “iTeach” followed by faces of children with “iLearn.”

During “Mother,” Waters sang, “Mother, should I trust the government?” An answer flashed on the wall: “No f—ing way!” This elicited the second-loudest cheer of the evening. The loudest audience outburst came when a majority of the crowd shouted vehemently with this line from “Nobody Home”: “Got 13 channels of sh – on the TV to choose from.” (13? OK, maybe this isn’t so up to date.)

The wall still represents an increasingly relevant anti-consumerist point of view. During “Empty Spaces,” animation depicted the wall built not of bricks but of stereo components, TVs and the front ends of cars as Waters lamented the exhaustion that comes with modern working life, singing, “Shall we buy a new guitar? / Shall we drive a more powerful car? … But we never relax at all. ” When the bombers fly in “Goodbye Blue Sky,” in addition to crosses, crescents and Jewish stars, they drop corporate logos on their unseen enemies, like Shell Oil and Mercedes. (Really, Shell instead of BP?)

Waters himself stalks the production, dressed in black and singing in his pinched whine from various points along and in the wall. Twice during the show he breaks the fourth wall, as it were, and addresses the crowd — once to greet Chicago and give a cheer for the teens from Endure Productions in Matteson, who danced and sang the kids’ choir part during “Another Brick in the Wall Part 2,” another to pace before the wall flashing peace signs and his Cheshire grin to the crowd during an unfortunately dull “Comfortably Numb” — and both were momentum killers.

Gone are the days when Waters could command the likes of Eric Clapton to join him on tour. Waters is backed by a faceless band here, save the possibly recognizable session guitarist G.E. Smith. Two other guitarists work together to adequately color in David Gilmour’s original sound.

“The Wall,” in the end, is a purely subjective statement. It’s about Roger, and about Roger’s fascination with Roger — a point driven home when he sang “Mother” as a duet with himself, featured in projected film of Waters singing the same song from the original 1980 shows. That he’s finally able to realize the production completely and take it around the globe is a good thing, though, if for no other reason than to show aspiring rockers the heights to which one exhaustively single-minded idea can be inflated. Someone please make sure Lady Gaga attends.