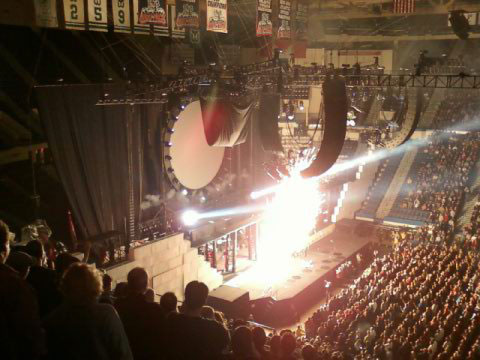 All images thanks to cymbaline

I was 10th row on the aisle in the middle block, my favourite position after the front rail. It had been a day off from the shows yesterday and I was looking forward to seeing it again. It’s just not possible to get bored of this show one bit! There’s just so much going on all the time!

After the first couple of tracks you could tell the band were very tight yet again, the sound was incredible and everyone was on fine form (Dave told me earlier today he had food poisoning and was throwing up a lot so didn’t feel 100%!) and Roger was just as animated through the show. After 4 or 5 tracks a young girl came and sat next to me and we got talking at the intermission, she was a guest of Dave’s and her name was Eve. She had seen the show in New York and the rehearsal show at the Izod and had driven up from New York today just for the show tonight.

One thing that was different tonight was the kids during Another Brick, I think they were actually better than the Chicago kids! Someone had done some choreography with them and told them to really go for it tonight as you can see from the video below!youtube}BWG9laIDGSg{/youtube}

After intermission, I made my way back down to my seat and sat for the second half pointing Roger nuances out to Eve, I think her comment was “I can tell you’ve seen this show before”. There were a couple of mistakes, but nothing real big, Roger sang into the megaphone when he should have sung into the mic but realised pretty quick and covered it up well. He was in a talkative mood tonight. Someone shouted out to him from the audience between one of the tracks and he replied with a shout of “what?” he then said “sorry I cant hear you because of these things (ear pieces) in my ear”. It’s unusual for him to interact in that way and I haven’t seen it very often at all.

I love how Roger is even more into the fascist character now, during In The Flesh at the start of the second set when he says “I’d have all of you shot” he’s picking people out in the audience and pointing to them and mouthing the words “you, go on, get out”. He then fires an imaginary gun at them, then doing the same to someone in the front couple of rows and then the left side of the stage.

The wall came down great and Eve and I made our way to the front rail for Outside The Wall. I love seeing the band this close up when all the lights are on them, during this track, they’re just all smiles and happy the whole time. Roger sang “all alone and in fucking two’s” which I haven’t heard him do before. He then did what seems to have become a regular thing at the end of the shows, he goes over to stage left and thanks the audience, then stage centre and does the same and then as he points to stage right he’s been saying “…and the people on this side always tend to be the loudest”, which of course generates a huge cheer from the people in the seats in that area! 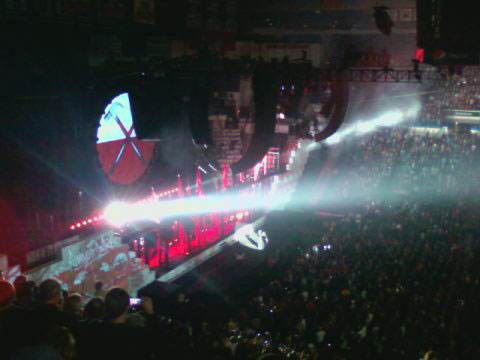 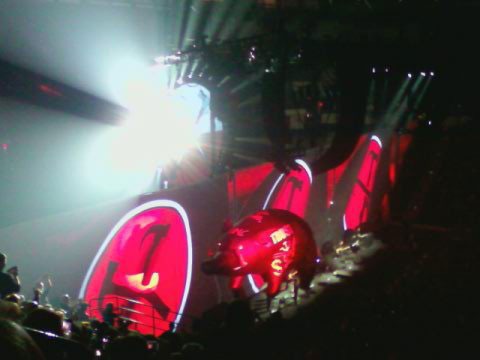 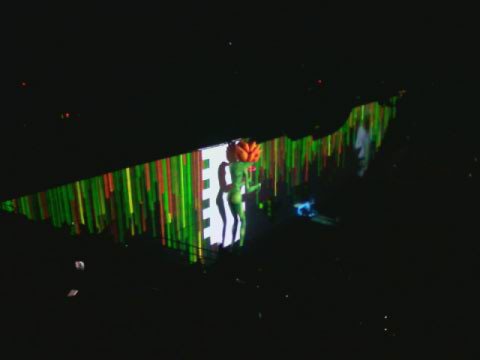 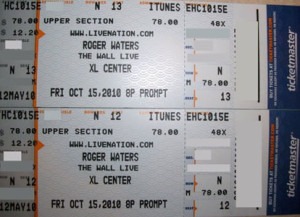