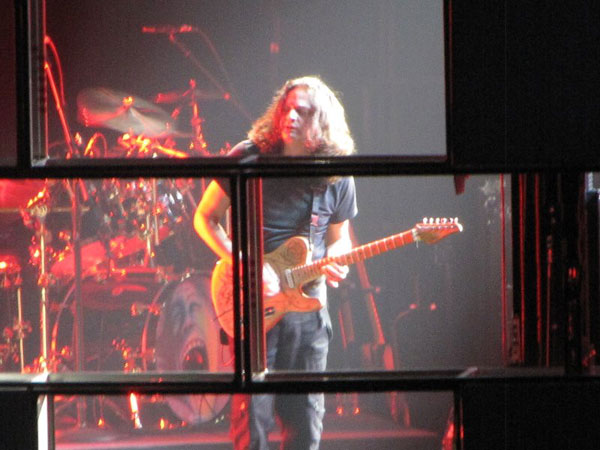 I must say last night’s Wall show at the Garden was amazing. It blew away Rogers Dark Side Of The Moon show from a few years back, which is hard to believe because that was an incredible show in its own right.

This Wall performance has so much going on. The sight and sounds are quite stimulating, but Mr Waters really knows how to tug at the heart strings as well. I must admit to being quite touched when the wall displayed the video of the returning member of the military surprising his daughter at school. Roger truly knows how to play to one’s entire set of emotions and he deserves his status as a rock genius.

Roger’s band was just fantastic (that is really what I think!), but I’d like to give a special tip o’ the cap to Dave Kilminster. His guitar work was sensational and David Gilmour should be proud of Dave K for performing the parts at such a high standard.

Review & above pictures thanks to Peter Fahey

Above images thanks to khyber

I remember the last time I was here, the shows were something special and the audience were fantastic, it was the same if not better tonight. I was 11th row dead centre an area which I’m really beginning to like the show from.

It was obvious from the off that Roger and the band were on form and one thing that was immediately noticeable was the sound, not just the quality but the loudness of it. It was clear they had turned the sound up a bit tonight from the previous shows. I’ve found this is something they tend to do in the second half of the show as well, its always seems louder than the first half.

A few of the visuals had changed, Roger had added some new projections during the beginning of Young Lust and the the tube train visuals had changed a lot at the end of Another Brick part 2. At the end of the track at previous shows the tube train stops on the wall, someone (a shadow) gets on the tube and you then heard a couple of gun shots and that was it. We were all a bit confused at the previous shows as to what it was all about but tonight it all made sense and clicked into place!

What happened tonight was the same as far as the tube train stopping on the screen however there were several loud gunfire shots a few white flashes and then on the screen was text about the shooting of John Charles De Menezes. It now all made sense!!

The band were ever so tight tonight, it wasn’t without a few technical glitches though (Roger messing a few chords up on Mother and the bass not coming in at the beginning of Nobody Home) but these were definitely overshadowed by the bands performance and the sound. At the beginning of Run like Hell Roger made his way over to stage left and encouraged the crowd at the side to have fun, as I looked up into the audience there were a couple of people just sat there with their arms crossed. Roger obviously noticed this and crossed his arms and slouched down and pointed at the people laughing!

Roger’s really getting all his nuances down now, pretending to use a machine gun on the audience in the middle of Run Like Hell, and using a lot of the same hand gestures in Nobody Home.

It was the best show of the tour so far and this was evident by the amount of thanks Roger gave to the crowd after the show, he was very talkative and said was lost for words at one point when the crowd were cheering. Hoping for another great show tonight and also hoping I can remember a lot more things that I see each night and think I must put in my reviews but then there’s so much going on that I forget them all!

Thanks to Bill Ashman 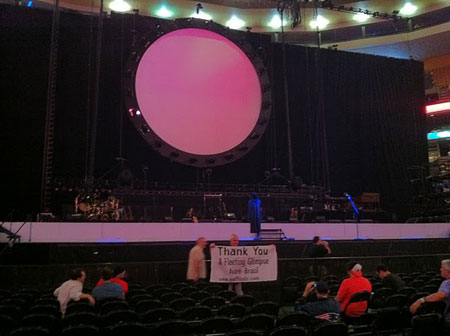 Spotted at this show…..Joaquim Arnês from Brazil flying an AFG banner. Joaquim was also seen at the MSG 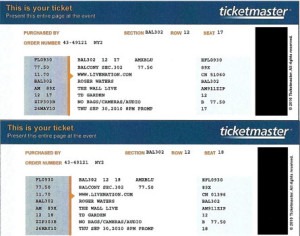 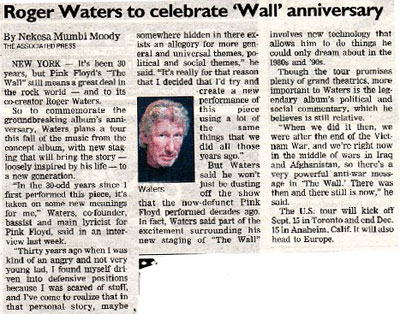