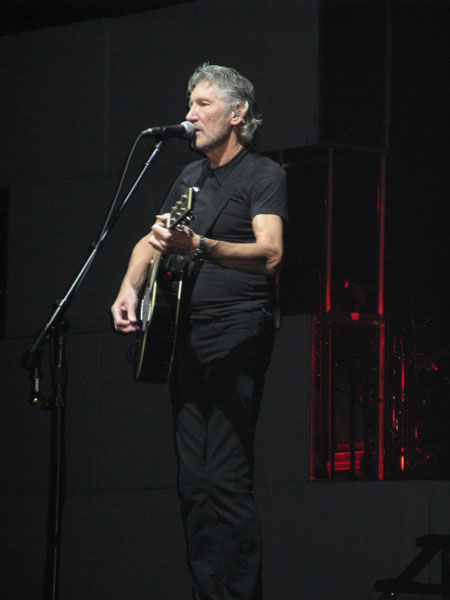 Thanks to Phil Gaulrapp

There’s not really a lot you can say about this show without giving things away.

This is not a a faithful re-creation of the original Pink Floyd shows, this is pure showmanship from Roger Waters and a bunch of very talented musicians.

Like others, I am in awe of the pure spectacle. The projections will amaze, the sound is incredible.

The only downer for me this night was the plane failed to appear (technical glitch) but apart from that it was perfection.

Not a lot has been said about Jon Joyce & the Venice guys so I will say it, bloody brilliant.

Thanks to Phil Gaulrapp

I’m totally blown away by the experience.

The graphics are so precise. Photos each filling a “brick”. Words scrolling either one, two or three “bricks” in heigth. And in concerts when the preformer raisies his arms to get the audience to move their arms in unison left then right, people follow his lead.

But it seemed like Monday, people thought they might miss something if arms were overhead blocking views. And at most concerts (especially where people are standing) there’s some dancing or swaying or air drumming, but around me everyone seemed too focused to remember how they usually move at a “normal” concert.

And I can only think of one person that left to get a beer during the performance, so no distractions from people walking past me on my row. Visions and songs have been dancing thru my head all day… And I’m pretty sure during the intermission, there was a picture and “memorial verse” about Roger’s farther when the “bricks” were filled with memorials to fallen soldiers and victims of wars.

Looking forward to Tuesday’s show and “seeing” more details and maybe dancing a bit during a few of the songs! 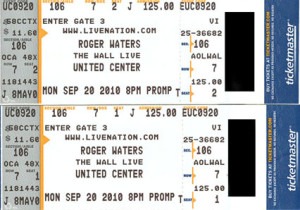