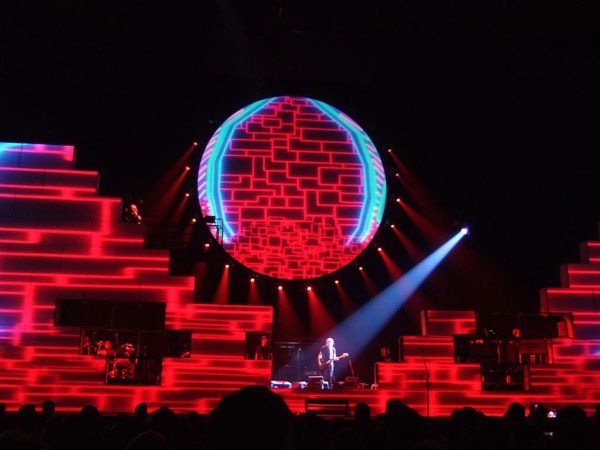 We were sat 13th row dead centre tonight and the quad sound was really noticeable in this venue and from this position, it’s strange how you can sit in more or less the exact same seat night after night but the quad can sound so different!! There were a few glitches tonight but nothing major, most of the show went without any hitch at all.

Tonight’s plane crash was definitely the best so far on the tour with what looked like a double shot of flames as it crashed and a few of the bricks getting stuck on the plane as it went through the wall:

The kids that come on during “Another Brick” just get funnier and funnier in their action onstage. Tonight’s kids were all Asian, they were great! About 4 of them broke out from the others during the track and did their own dance routine, they have really stepped the dancing part up now and at each show the kids look like they are having the time of their life dancing around onstage and enjoying themselves. Roger comments after the track each night now that this part of the show is his favourite one!

For the first time I actually sat and read a lot of the fallen hero pictures and comments that appear on the wall during intermission, I have 4 friends all of whom have a fallen hero on the wall and tonight I wanted to catch the picture of my friend Greg’s relative whom he had sent in on Roger’s website. Took me a while to spot it but it eventually came up.

Run like Hell just gets better and better, it’s really a huge highlight of the show and certainly gets everyone off their seats even if they have been seated for most of the show! One thing I’ve meant to mention is to watch the pig as they return to the back of the stage as Run Like Hell finishes, Sometimes they have problems getting it over the wall and this looks to be due to the air flow that around the top of the venue and that must change every night depending on the venue. Some nights just when it looks like the pig has gone back over the wall it comes flying back out due to hitting some flowing air, they then try turn it around and reverse it in but this doesn’t always work and takes a while to work out the best way to get it back! Nothing special but just something I noticed and picked up on.

After the wall fell we made our way to the front of the stage to watch Outside the Wall being played close up. Tonight was funny though as when the band came out Roger tried to be clever on the trumpet and play a little different, it didn’t work though and Snowy and Dave K just looked at each other in horror as Roger was trying real hard, they just burst out laughing as a few bum notes came though, Roger couldn’t help but laugh as well when he lowered the trumpet from his mouth. 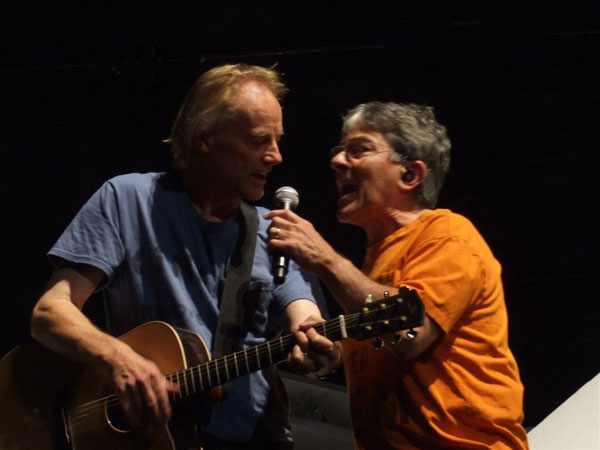 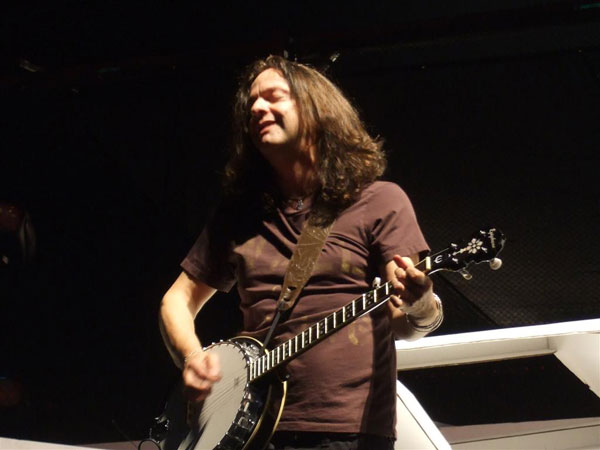 I walked in expecting a great show, having read comments from Toronto, Chicago, Pittsburgh, etc. What I got was a breathtaking experience like no other. As my friends and I were walking out of the show we all said “I’d like to see it again!” Emotionally challenging, equally as groundbreaking as the album in its original form, this troupe has assembled all the parts to deliver an utterly masterful performance. Mind blowing is what some call it – complete and utter satisfaction is how i would dish it out, as Roger Waters has found some kind of peace with himself, while still delivering a caustic blow to the powers that be. The show that all of us saw in St. Paul is something we will never see again, even though future bands will see the beauty of building a wall to project things on in concert. Having run out of superlative to describe the show, I’ll let it be.

Above review & pics thanks to Greg Allen