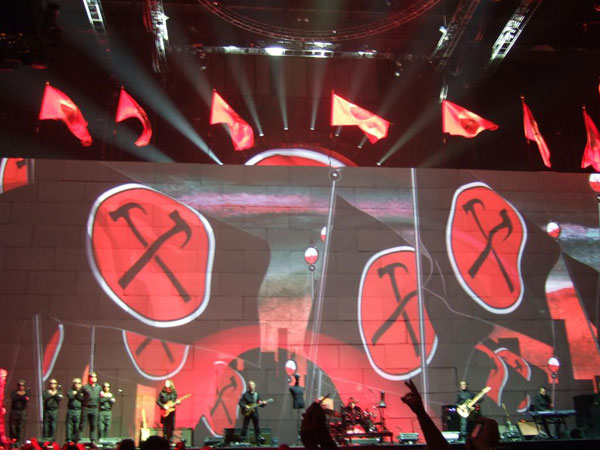 All Images thanks to Simon Wimpenny 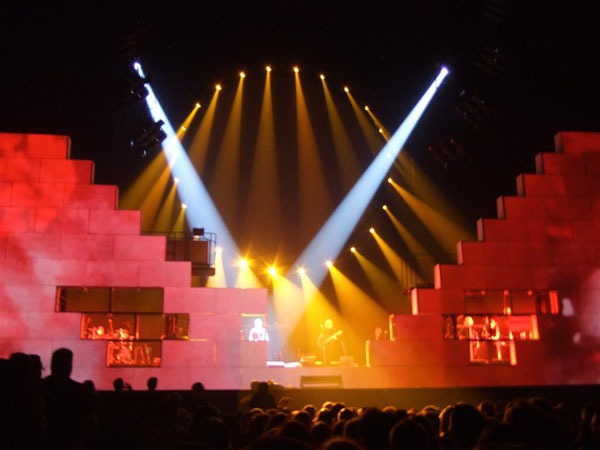 You guys were right. In Houston, it was a chill crowd, no assholes on the floor, and unlike what another posted mentioned, no one cheering the fascism in during the last part of the show.

In fact, lots of the old “two finger peace signs” were thrown in the air during “Bring the Boys Back Home” and not a dry eye around me.

What was weird is that when my friends and I got there, we were told that our “tickets had been cancelled”, which freaked us out.

We went to the box office and they moved our seats because our original seats were where the mixing board was. So we simply got bumped up about 8 rows, still in the middle of the floor. They offered us second row for the inconvenience, and we declined because we wanted to sit far back enough to see and hear everything.

The kids were pretty…lame. Maybe they were nervous. And not as much as I thought would be there, but I did see one guy on the floor toking away while the lights were on before the show, and being blatant about it, standing up, and looking around as if to say “yeah, I DARE someone to try and stop me”. He was a big guy too.

Lots of war vets, including one of my friends who went to Iraq some years ago.

If I could add anything, its that the emotion and message of the album finally got across. It was not something I could, as Gilmour once said, “get into as fiction”, but something that I felt everyone could relate to. I thought the modern issues fit perfectly.

I feel sorry for all the people who had to sit around a bad crowd. I guess those floor seats were really worth it. Not sure what concert could top this one. 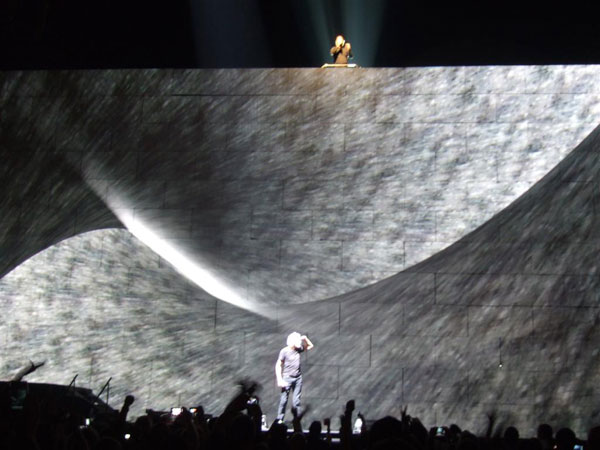 Thanks to Ted Hill