Pictures on this page (Except where noted) thanks to Thomas Larsen 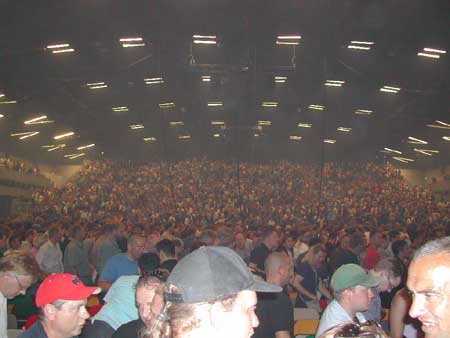 Having been to a few shows before, including Stockholm the week before, I was not anticipating much for this show and indeed on seeing the venue I was less than impressed – but I was to be proved so wrong. We (myself and the good lady – Jill) arrived in Copenhagen on Friday from Oslo. We had taken the Scandinavian shows as an excuse to explore Scandinavia, just as we used the Australian shows as an excuse to visit down under. The weather was beautiful – so bizarre – I thought it was colder in Scandinavia than in the UK – seems not! On Saturday night we were walking through the city after dinner and bumped into Snowy and Graham (and their lady’s). I was hoping that I would bump into Snowy as I was trying to get an autograph for a friend I met in Oz who has a friend that loves Snowy – so perfect opportunity. I asked him to make it out to Ian and started to explain that it was for a friend – Graham said “Yeh they all say that!” But as the only piece of paper I had was my business card, it was easy to prove him wrong!! I explained that it was for an Aussie cause I went out there for the shows and Snowy asked “which one?” WHICH ONE – bloody hell – I wasn’t going to travel half way round the world for one show (well maybe) so I said – all three of course – he seemed stunned and after his signature he has written “Dead Impressed”. Graham seemed amazed as well. 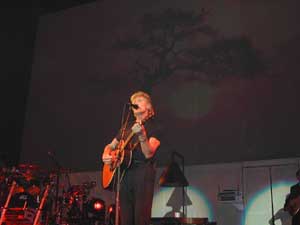 On the Sunday we watched the England/Sweden football game in the Hard Rock Cafe then went for some more beers before we went to the bands hotel just as they were coming out. Rog appeared and happily signed everything that people had – even 30 odd LP covers that some guy had brought – looked like a dealer. I got him to sign my ticket for that night but silly sod signed in thick black pen across the seat row and number – so I had problems finding my seat! Also the ticket lady at the entrance to the venue gave me the weirdest look 😉 When everything had been signed he was still there asking if there was anything else – seemed a bit lost that he’d done it all!! The band then left for the show and I took the opportunity to thank PP for her amazing bit in Perfect Sense. Not only does she have the voice of an angel but a smile to match 😉

We then went to the venue which from the outside looked DREADFUL – a dark dirty building that looks like an aircraft hanger!! Not a good omen especially after my last show in Stockholm was at the Globe Arena – now that is the best venue I have ever seen. 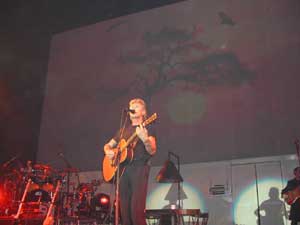 The Forum is a smallish venue and the way in was very crowded and very disorganised, and once in it didn’t seem any better. At the end was the stage in front of the standard floor seats – but about half way back these seats started to incline. These banked seats went all the way to the back of the venue and up to roof height – looks really odd. There was also a balcony around the sides that seemed very narrow – maybe only 10 rows. Inside, the venue looked like a cow shed with its corrugated iron roof. Given that the show has been VERY LOUD – I was not anticipating a good show as the building looked like it would be bad acoustically – but hey I was so wrong. The sound was amazing. For me this was the best ITF show I’d seen – the first half of the classic Floyd was just SUPERB. No mistakes, clear and played just fantastically. Truly awesome and all the people that I spoke to afterwards who have seen a few shows agreed that it was the best so far. The second half almost matched the first – but it was still the best second half I have seen. I have been chastised for being too critical of Chester – tough job (can’t copy Dave and is not as charismatic as Doyle) but at this show he seemed not only to get the classic stuff just right but also added a bit of his own style (which I’ve not seen up to now) and added a lot to the ATD stuff. He was indeed on form. The sound is LOUD and very bassy. This seems to be standard on the tour – the bass does rearrange your insides if you are on the floor. Elsewhere in the arena it just shakes your insides about 😉 If you have delicate insides then avoid the beginning of Welcome to the Machine 😉 The crowd were really loving the show and were giving great feedback which the band seemed to pick up on and that seemed to add to their performance. They had also all had a day off and maybe that helped – or was it seeing Kylie in the flesh that helped? lol. (She did a show the night before at the same venue and apparently the band went to see it!) This was by far the best ITF gig I have seen – brilliant and PP’s Perfect Sense was sublime. She just gets better and better and better. By Wembley she will be blowing the roof off. I also love the fact that she gets the biggest ovation of the whole show. Go to the show just for this bit – you won’t regret it. Truly an angel’s voice.

Following such a great visit and show I am now, as well as all the UK dates, now going to Paris and probably Berlin and Prague!!! This show was THAT good. 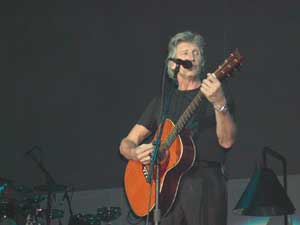 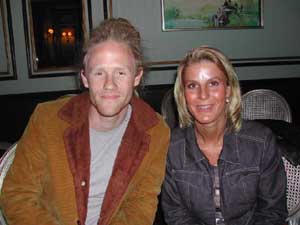 It was my first ever chance to see Roger Waters and his band. I have listened to Waters and Pink Floyd for nearly 15 years so I really looked forward to see Roger himself. Suddenly I was sitting in front of him close to the stage in Forum and if I was alone without any, I think I would have some tears in my eyes. The sound was powerful and very clear and to me, Roger really look happy and his voice was perfect. The highlights for me in the first set was the numbers from TFC and Animals. Set the controls….was nice to hear in this version. 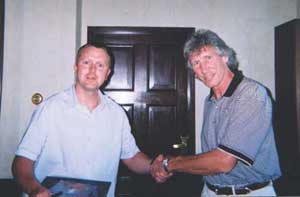 But I have to admit, that the 2. part of the show as many other peolpe have said, was so fantastic and “Every Strangers Eyes” are really together with “it’s a miracle” the greatest in this show. Sometimes I was thinking of Gilmour in the first set and I missed something but the whole concert is something I never will forget. After the concert we were invited to a after party on their hotel, and it was really nice to be together with Mr. Waters and his son and of course the whole band. This was really something I will never forget. Just to be together with those great people, Harry W., Andy W. Chester K. …….and of cause Roger Waters. He can really play cards the whole night – he stoped play cards 3 o’clock in the night. Thanks Roger – you gave me some memories I will never forget. Thanks to Mark Fenwick and Arno Norske to arranged this after party and thanks to Peter Gade.

Review thanks to Thomas Larsen 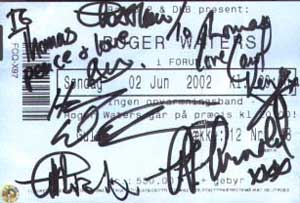 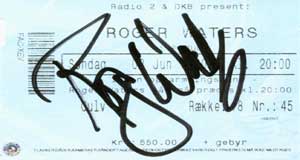 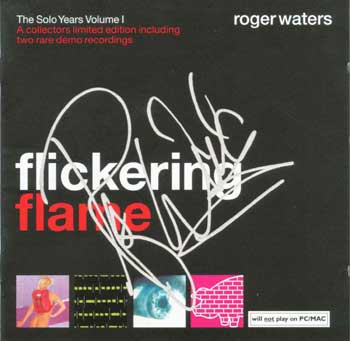