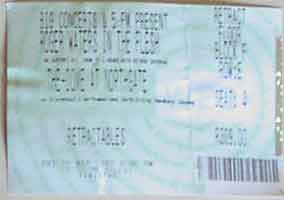 Thanks to Ant Hayes 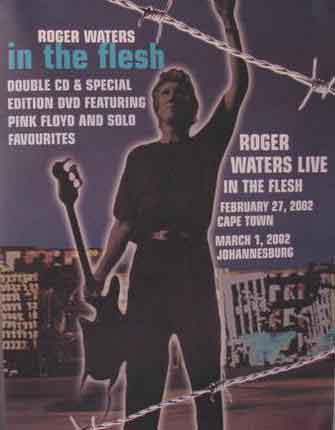 Thanks to Brian Curin

For the Joburg show I elected to go to the Golden Circle. Never again. I was close enough to see the performers faces but had to contend with sound coming from the monitors. These would have been fine if I did not have people singing lyrics and guitar solos louder than the band. Why do people insist on singing if they do not know the lyrics??? We also had a few people who were passing out during Shine On (the ninth song). Why would anyone pay R300 just to pass out during the first set??? As a result I did not really enjoy the first set. For the second set we moved to the back of the Golden Circle where the sound was excellent. The Dome is a notoriously bad venue for sound but as always with Roger we had quality. The band was tighter with less errors. Snowy White took over more of the solo duties and man can he play. His solos were smooth as liquid. Rogers voice was stronger and highlights were PP Arnold, Snowy White and Graham Broad’s percussion solo. Same set list as Cape Town with the exception of the encore which was Each Small Candle. The backdrop to the song had the lyrics and was a very striking end to the show. A fully packed show and absolutely loved by all. South Africans have never experienced shows of this magnitude both aurally and visually.

Phenomenal band and professionally performed. Personally I think the band missed guitarist Doyle Bramhall and keyboardist Jon Carin which just seemed tighter, but having said that I did see them in the US after they had performed a number of shows, so I am sure that the fans who will see the show in South America and Europe will see them get better and tighter.

Thousands of followers of former Pink Floyd legend Roger Waters lined up on Friday night to see one of the world’s greatest classic-rock pioneers performing live in Johannesburg. “In the Flesh” — the name of Waters’s first-ever world tour since he retired from Pink Floyd in 1983 — brought long-awaited anthems of popular culture to Gauteng fans.

“The best live show we’ve had in South Africa,” said Rowen Hean, one of the new generation of fans enlisted into the Waters legend.

“I’ve been waiting for this all my life… it will probably never happen again…,” said Ross Clayton, a middle-aged fan from the 70s. He was not alone.

Inside the spacey silver dome, die-hard hippies, new-age slackers and bare-chested men chanted along with the man who wrote the infamous line “we don’t need no education.”

“He’s an old rocker man, a good show, the visuals were just spectacular,” said Jonathan Savage, a musician from Cape Town. “Respect to that old dude.”

As tracks such as The Wall, The Dark Side of the Moon and Wish You Were Here echoed across the dome, psychedelic colours were pasted over images of war and devastation. Waters’s anti-war imagery loomed large over a 21st century audience taken aback by the famous protest era that spawned the likes of Pink Floyd.

“It’s deep, it’s captivating, it’s sort of morbid but powerful,” were some of the phrases echoed by disoriented fans, trampling over beer bottles on their way out.

I saw Roger’s show on Friday night. It was impressive, very professionally done. The sound was reasonable. The chap behind me commented that he had better sound in his lounge – the thought had been going through my mind.

But that is a function of the venue. Jethro Tull played a theatre when they were over here- with far better sound as a result.

Stadiums don’t work for detail oriented bands to my mind.

The set list followed the DVD faithfully as far as I can remember.

I was a bit disappointed that Flickering Flame wasn’t played – but Each Small Candle is more impressive live than on disk.

I enjoyed the post 1984 part of the set more than the Floyd parts.

The sound set up seemed geared to Rogers solo work. Its a Miracle was mind blowing.

That being said, Set the Controls was great – it works much better with the oil slides in the background.

I overheard a few grumbles in the car park afterwards that Final Cut and Radio Kaos didn’t get much airing – both of those albums did very well over here.

A strange quirk was that Every Strangers Eyes was played without Clapton’s lead guitar overlay.

I notice that this was also the case on the DVD – I think that the song is weaker for its absence.

The enduring memory for me will be the astonished look on Roger’s face as the crowd fell silent to listen to the end of Amused to Death, and then again for his Each Small Candle speech.

I don’t think he has played to an audience that listens in quite a while.

Stunning. I’m not one for writing but this was fantastic. My ears are still ringing with the sound of it all. The show was just about sold out and many thousands packed into the dome to hear something very special.

They played a lot of Pink Floyd stuff but my favorite was Shine On Your Crazy Diamond which must have gone for about 20 minutes and had a great picture of Syd Barrett who most people seemed to recognise judging by the reaction.

The last song was Each Small Candle which I thought was a really nice way to end the show.

Thanks to Ron Ely 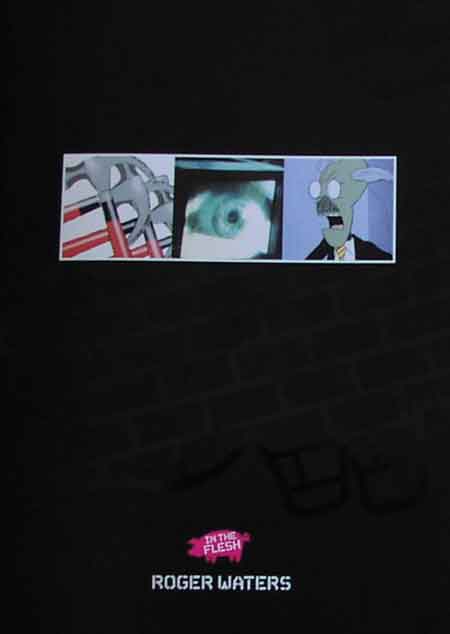 Thanks to Ant Hayes

Press Release No Truth To The Rumour!

There’s definitely no truth to the rumour that tickets for these legendary shows are sold out. Close, but not yet!

Limited tickets are still available for both the Cape Town and Johannesburg shows. With only a week to go before Pink Floyd founder and former bassist, Roger Waters rocks South African audiences, those without tickets are fast running out of time to catch this musical legend live in action.

Roger Waters is returning to the stage for his first World Tour since he retired from Pink Floyd in 1983. He has rediscovered the love of being on stage and performing. “I have increasingly found myself directly addressing audiences, reaching out to them, if you like, in ways I hadn”t attempted before, or at least certainly hadn’t in the bad old days when I’d have hidden behind any prop or device to shield myself from the responsibilities, and ultimately from the rewards of that relationship. The bond established between us, one which is very precious, and one from which I now derive tremendous pleasure”.

At a Press Conference held at Abbey Road Studios, London in October last year, he was asked about the inclusion of South Africa in his Tour itinerary, “my music has gone all the way around the world. Under the new circumstances, I am looking forward to being able to perform in SA”.

Pink Floyd in the early sixties and reached cult status with their extravagant and thought provoking shows in the early sixties. Now Roger Waters will be performing a cross section of music from Dark Side Of The Moon, which spent 15 years on the Billboard charts, and The Wall, which was written about the economic collapse of the communist system, to his solo albums, The Pros and Cons of Hitchhiking and Amused To Death.

Fans attending the concerts will be treated to the signature Pink Floyd show effects with a surreal video, sound and light show throughout. The show utilises elaborate large-scale video projections to create surreal twists, effects and psychedelic graphics featuring many of the iconic images from throughout Waters’ illustrious 35-year career, such as flying pigs, brick walls, crossed hammers, and the prism and the rainbow.

NO SUPPORT ACT. SHOW IS 3 HOURS WITH 20 MIN INTERVAL
BOOKING AT COMPUTICKET

Thanks to Brian Currin