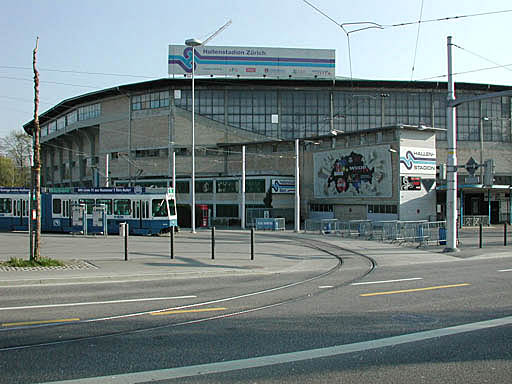 I was 15th row dead centre again tonight and Kevin was 10th row centre, if the sound was as good as last night then it would be another great show.

The show was good but the night before just took the edge i think. The sound was great again but for some reason it just didn’t sound as clear, I’m not sure if its because i was used to it now and am getting a little picky but there were also a couple of mistakes and technical glitches which didn’t happen the night before.

There were a few great things i noticed tonight that i didnt see last night, Roger was in such great spirits tonight! he was running all over the stage with a HUGE grin on his face and when Dave K came out to do his solo in ABITW Pt 2 instead of Roger facing forward and looking at the crowd he walked up and faced Dave K and both of them were giving each other such bog smiles and enjoying the music ever so much.

After the Subway train stops on the projections and the picture of Jean Charles De Menezes fades on the screen, Roger turned around to face the screen and saluted the picture as it was fading down.

At the end of the new Another Brick ending I’ve never heard an audience as quiet, it was strange, there was no cheers, no clapping no nothing just silence. Roger walked forward up to the Mic and said “thank you” again there was silence, he spoke for a second time and this time shouted “ THANK YOU” this had an affect on the crowd and developed a few cheers but it was embarrassing to hear!

Roger missed a couple of words to opening lines to songs and the centre projector stuck for a few seconds on some of the Goodbye Blue Sky projections, that was kinda it on the tech problems.

Also watch the backing singers sway around in time with the breathing on Don’t Leave Me Now, I’ve been meaning to mention this for the last 3 or 40 shows but kept forgetting!

I went forward onto the rail for Outside The Wall, i love seing the last part of the show from that close however i always get a little embarrassed to be honest when the guys wave and put thumbs up when they see me,(something which Jon Joyce does even more so now after i told him how embarrassed i get) however it was Roger that noticed me tonight and took a couple of steps back after seeing me, he smiled as he recognised me, pointed right at me and said “Thank you very much” Phew i came over all faint and weak legged,lolol

Another great show but a very poor crowd and nazi style security that stopped anyone standing up almost instantly, “this will not do”.