So last nights show was the first of two in Prague, it was also the first show where they had the “golden circle” on the floor. The floor is split into two sections, the rear half taking about 75% of the floor and the front half the remaining space. There’s a barrier that separates the two and the rear half last night was packed right to the back.

The front half wasn’t as bad but compared to the other standing on the floor shows it was pretty dense with people stood shoulder to shoulder with little room to navigate to the front, but we did. Jens and Lars has seats in the second section off to the side whilst, the rest of us had golden circle standing tickets. Kevin, George and i made our way right to the front left of the stage on the barrier and Phil, Liala and Georges friend weren’t able to get there till the intermission due to the sheer number of people.

There was very little crowd noise whilst the into music was playing this did wonder just how the crowd were going to be tonight. The two “guards” walked Pink out onto the stage tonight and dropped him on the floor instead of walking him along the front of the stage and throwing him up. This works better for the people at the back and sides of the venue to see, i still don’t think its anywhere near as good an entrance and pre how run up as Brent with pink in the shopping cart but i realise that would be difficult to do at floor standing shows. 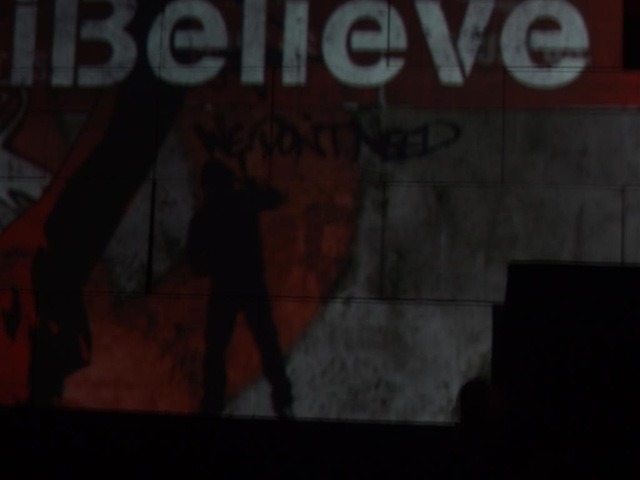 Usually after the firework start to the show and Roger walks out onstage the crowd go wild, but not tonight! they were very reserved indeed, a few shouts and screams but nowhere ear anything like the past shows. Roger once again stood there as the two guards placed his leather trench coat over him, and again Rogers face looking like he had just put a well used pair of good fitting comfy shoe on.

The band were again fantastic in the first half, the kids onstage during Another Brick were the youngest I’ve seen on the tour but i have to say not the most excited or animated, Roger kept leaning forward to look at them as they were dancing to try and coax a couple of them to come forward and do their own thing, it took a while to happen but eventually 3 of them stood forward and flapped their arms around a bit more that the others! Nothing at all like the Chicago or many of the other kids.

Roger seemed very animated onstage tonight despite the lack of animation from the crowd, pacing up and down from left to right of the stage doing his normal nuances and being the creature of habit that he is.

Intermission came and went and before we knew it Dave and Robbie were on top of the wall blasting out Comfy Numb. 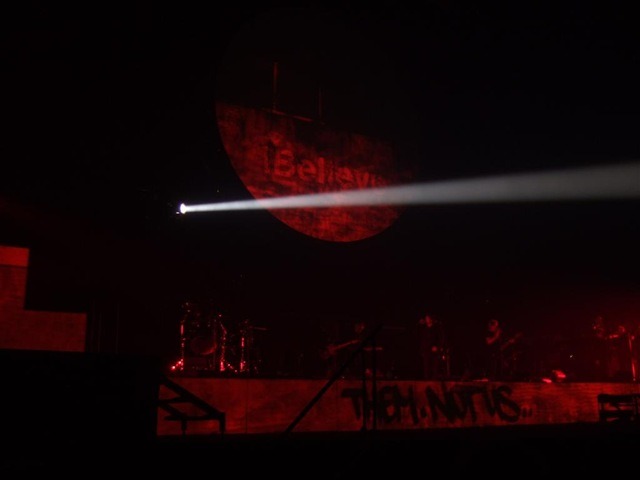 Even at the end of comfy Numb the crowd just didn’t seem enthusiastic, I’m not trying to “knock” the crowd AT ALL but this is something we all noticed and said and it did feel like a very strange atmosphere to be in. I’m pretty sure if we noticed then band themselves must have noticed.

Roger managed to get the audience clapping a bit during the opening to Run Like Hell and the pig coming out from behind the wall brought a few cheers and shouts. He did his normal routine with the machine gun and “shot” out towards the audience but this time after he finished and held the gun upright there was another round of shots fired and strobe lights behind him, this worked real well. This always makes me smile at the end of Nobody Home as you hear the words “where the hell are you Simon”

For what i think is the first time Roger actually forgot the lyrics to the opening of Waiting For The Worms, only the first 5 or 6 words but there was just silence before he picked it right up again and carried on. 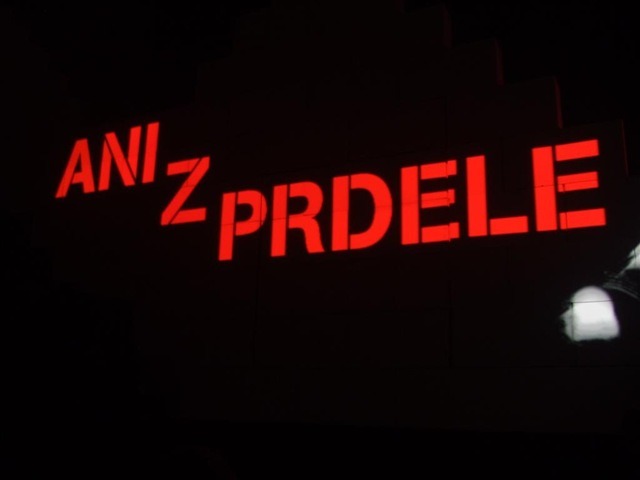 The wall came down ok tonight, not the best but certainly not the worst, the top 3 rows falling forward and the next 5 or 6 rows falling backwards before the last 1 or 2 rows falling forward onto the stage. Roger has taken to staying onstage a lot longer than he used to while the crowd are shouting “tear down the wall” id say it was only a matter of seconds after him leaving the top of the steps on the stage and the first few bricks tumbling down, that’s one thing timing wise he doesn’t want to get wrong!

it was an excellent performance by the band and great to see a show yet again with great friends but the reserved crowd just stopped it from being as god as most of the shows have been so far. Hopefully tonight will be different but i cant see any reason why it will be!

Above review and pictures thanks to Simon Wimpenny