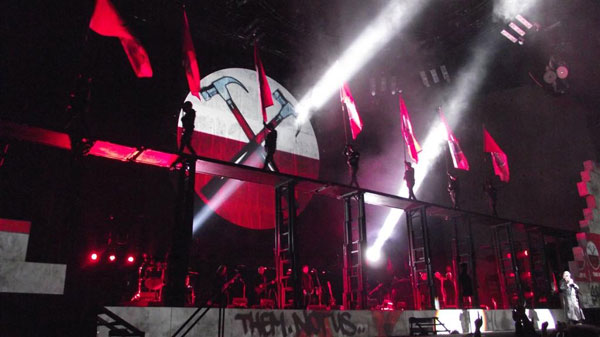 Another great show last night; the band was tight as ever; there were no mic problems for Roger and I didn’t notice any other technical problems at all. The venue in Lisbon is one of the best in Europe in my opinion. The sound is incredible no matter where you see the show from. I always remember how good it sounded in 2002 when I saw the In The Flesh show here. The design and building itself is a masterpiece, and I’ve not seen any other venue like it in the world. 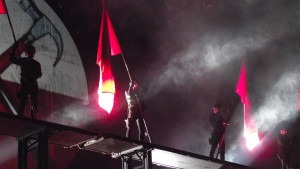 Watched the first 30 minutes from the front of the stage, and then we made our way towards the back and stood just behind the mixing desk for the rest.

Dave K’s solo was spot on again, and there were more hair flicks for the girls than at the USA shows! Roger again chose to “freeze” on the left hand side podium during the swirling graphics for Comfy Numb–something he’s done on all the previous tours, but hasn’t done on this one until now. Looks like the head-butt to the wall has been replaced with his fists thumping the wall to smash the bricks up again. This continues to be a highlight of the show and gets great cheers and applause from the audience! I do think the audience are distracted from Dave K’s solo by this, though, and it’s such a shame, as it happens at one of the best parts of Dave’s playing. 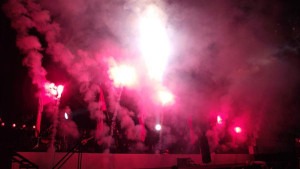 As much as the second half seems to fly by and be over in no time at all, the first half of the show seemed to do the same last night! If only The Wall had been a triple, or even quadruple, album!

I have to say, the graphics really do look fantastic the further back you see them. The 3D effect comes across a lot better from the rear of the hall. It’s all a trick of the mind as you’re watching them, but it’s a very clever trick, and it’s pulled off very well. Roger’s changed up a few of the graphics during Run Like Hell. 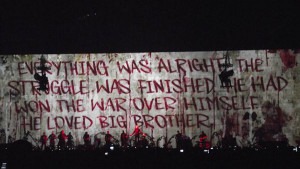 Second half went along without a hitch. Roger used his machine gun again to fire on the audience, telling us all we should be shot, then picking the odd one or two out of the audience, pulling his imaginary gun from his jacket and firing it at the select few.

I actually like the band’s new outfits for the second half. I think the berets look great; the backing singers look fantastic with their new shirts, armbands and even replica (I hope!) holstered guns by their side. Roger now not only tears off his armband, but he also pulls off his shirt and throws it down onstage in time with the music at the end of Waiting For The Worms. He doesn’t, however, throw his armband into the crowd anymore.

As the wall came down tonight they played some extremely loud, heart thumping bass through the speakers. I never heard it before, and even though we were stood 3/4 of the way back in the venue, we could feel it going through our chests as the wall fell forward and backwards with smoke, flashing lights and a very loud crowd cheering away.

Lyrics to To Kill a Child have even been added to the wall! 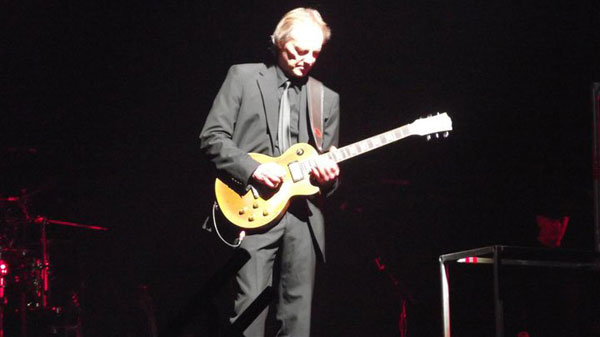 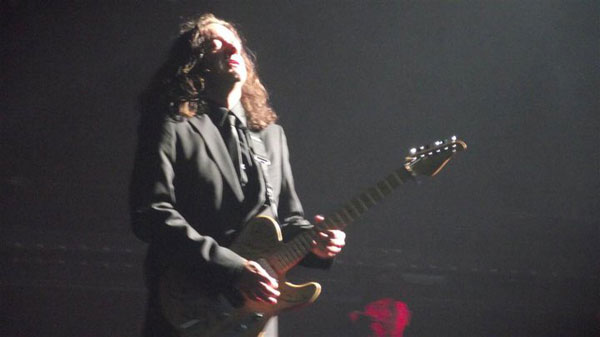 What a great night, the best show ever I have ever seen in my life!!!

It was dificult to sleep with the amount of adrenaline from last night.

I had seen some videos and pics from USA shows but nothing prepared me for this mind blowing Wall.

From a music point of view, it’s not the same thing, some fills were not the best option in my opinion and
I was back there in the balcony and I think that the sound has too much mids to a point, for example, when GE Smith and Harry Waters played the second solo in Mother, it sounded too loud.

But after that it was, again a great show.

Review thanks to cirne