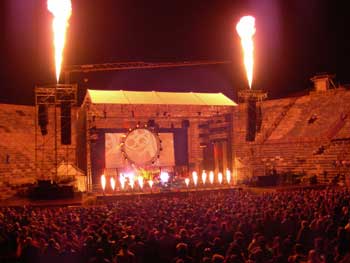 Thanks to Pierre Aquilina 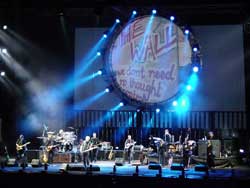 It just gets better!

We were all agreed last nights show was way better than the first, even though the first was fantastic!

It was funny to see/hear Roger mimic sheep sounds into the mic at the begining of Sheep, he was having a good laugh about it as 90% of the audience responded with Sheep “Baaaa Baaaaa’s”

He got a bit mixed up with the lyrics in Comfy, came in with the second verse instead of the first but didnt take more than a second for him to correct it and look at the audiece with an amusing smile on his face! he also came in a couple of bars early for Brain Damage but correctd it without any problem at all within seconds.

Kilminster just nails it all again, even plays the last couple of notes on STC with his teath! not overdone hendrix style though.

Snowys STC solo again a huge highlight, plus all the Final Cut stuff, check out the backdrop video during the FC stuff, realy is great. 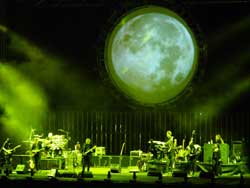 Andy does a fantastic job on the acoustic during Vera, sounds perfect. Again the extended Bring The Boys Back Home really does work great.

Was nice to be sat eating dinner on the piazza and hearing Shine On and Have a Cigar bieng rehearsed inside the arena, the sound outside was fantastic! As for lip synching* on Have a Cigar the rehearsals proved this wasnt the case! Thousands of fans outside the venue both nights listening to the show for free, from what i hear the sound was just as good outside as inside!

Something i forgot to mention yesterday was the Quad sound, they havent gone over board on the quad and what things you do hear in the rear stacks are excellent, its very subtely done, The clocks on Time, the Sheep on Sheep, Effects on On The Run just t name a few.
When i said yesterday about Grahams drumming on On The Run i did mean his cymball work, its truely fantastic, he doesnt get a single rest during the whole dark side set, it’ll be interesting to see if Mason can do the cymball work on OTR like Graham can!! im doubting it. 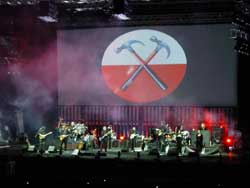 In The Flesh,
Mother
Shine On You Crazy Diamond
Have A Cigar
Wish You Were Here
Set The Controls For the Heart Of The Sun
The Gunner’s Dream
Southampton Dock
The Fletcher Memorial Home
Perfect Sense Parts 1 and 2
Leaving Beirut
Sheep

SECOND HALF:
Dark Side of the Moon suite.
ENCORES: The Happiest Days Of Our Lives
Another Brick In The Wall (Pt 2)
Vera
Bring the Boys back Home
Comfortably Numb 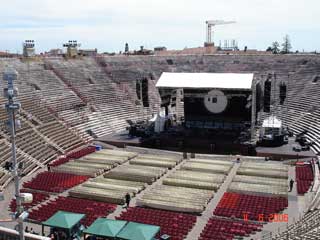