All show pictures (Except where noted) thanks to Antoine Tremblay 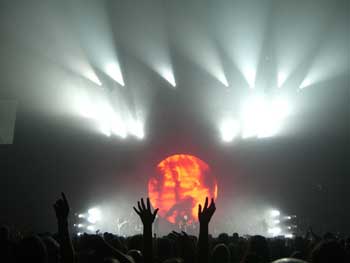 My girlfriend and I arrived at 18H30 outside the Bell Center where a lots of fans were already there smoking all kind of cigarettes… The door opened at 19H00 and I got inside the Bell Center at 19h02. I Dunno if they did some late pyrotechnics check-up but there was lots of fog in the corridor…we were not in the seating area yet I went to the tour merchandise store and was surprise by the quantity of different t-shirt they were selling . A lot more than David Gilmour tour !!! There was a black leather jacket (125$) I bought a small t-shirt (45$) of a black and white young Roger Waters for my girlfriend and got myself 2 beers (13$)… I had really good seats in the red section having a clear view of the left-side of the stage . Dave Kilminster side . The Setlist remained the same as every previous show . At 20H05 , people start rushing to their seats and you could tell something was in the air…a great show was about to begin .

At 20H20 the light turn off and everybody couldnt wait to see the artist of the night . Roger arrived in his usual black suit his right arm in the air with a big smile on his face . No arm-cross like the ” In the flesh tour ” intro in 1999 . During ” In the flesh ” , on the screen behing the band , you could see the hammer from “the wall”… Roger talk in a perfect french to the audience . He even ask the audience permission to play Leaving beirut : ” Avec votre permission , je vais faire une nouvelle chanson “…No problem Rog , do as many new song you want i said to myself !!! I have to talk about the band . Sorry but i have to say it . I can`t beleive it take 4 guys to do David Gilmour guitars/vocals part ( Carin/Fairweather-Low/Kilminster/White) . At least , the guys are doing a really good job . Especially Dave Kilminster . This guy ROCKS !!! I’m a big Gilmour fan . Kilminster is the best guitarist ive seen doing Gilmour solo`s so far…and ive seen a lots !!! Different style of Gilmour with his leather pants , you can tell the guy wants to be there , he enjoys what he his doing . Dave Kilminster almost beat Roger in the smiling contest tonight… 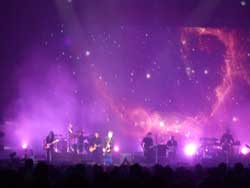 Jon Carin is another big part of the show . He is definitely Mr. PINK while Harry Waters is….huh…Harry Waters . It was funny to see Jon ” clean cut ” Carin versus Harry ” Jesus ” Waters on keyboard…2 styles completely different . When you think Jon Carin use to play with Rick Wright and now he play with this guy who look like a prehistoric dude… ” Perfect sense ” was amazing . Roger seemed to really like to perform this song . You could tell by all his body talk… I personnaly like the ” Leaving Beirut” animation and like the song . Roger explain us in english the reason of that song and it was really well done .There was no “Boooo” when the animation about Bush appears on stage…not that much appause either… 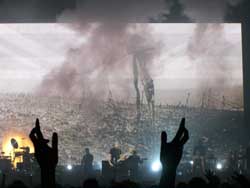 Sheep was my favorite fisrt set song . The pig was great even if he was flying only on one side of the audience . He was to shy to come and see me . I cant say the same for all the confettis i received on my head during that song… The first half of the show end…and like “jplauderman” said in another post , a “several species” kinda version with no vocals start playing…noise of birds and water…Noise of water made a lot of people rush to the toilet !!! Dark side of the moon went so fast , i had the impression that everything was played in 15 minutes . Again , i have to give a 10/10 for the attitude to Dave Kilminster…The solo on ” Time ” , ” money ” , ” Any colour you like ” were just perfect !!! The audience really got into Graham Broad energetic intro on ” Time “… But i must say ive seen a lot more crazy audience in Montreal for Rock concerts…This one was kinda older and everybody was keeping their applause for the end of the songs and especially the end of the show for a monstrous standing ovation before the ENCORE… Before happiest days of our life , Roger presented his band to the audience…I’m pretty sure he was about to say something else to the audience when the helicopter sound start . He made a strange face and walk a few steps back from the micro . Another brick in the wall was great…The audience favorite of the night !!! Comfortably numb was amazing as usual…was just missing that “on an island” guy to sing his part and kill me with his solo`s… I have to thanks Roger for choosing Montreal as one of his North american destination… Review thanks to gumbi88 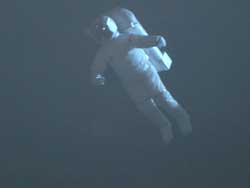 What can I say???? WOW!!!! I am still reeling from seeing the most incredible show on earth. Pulled it off like a bunch of Pros. Phenomenal ! Greatest show on earth ! At 63 yrs who says you got old. You only got better. Rog….way to go. Well done. Thank you for a great memory. I’ll never forget this one. Thanks for being around for my journey here. Shine On Review thanks to merman64 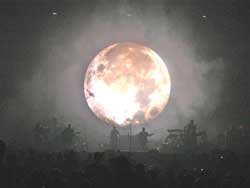 Unfortunately for me i was not the one who bought the tickets and i ended getting the worsts seats in my Roger Waters/Pink Floyd show attending history…but hey…i told myself maybe i woudn’t have done better and was happy just to be inside the Bell Center ! I was located on the right side of the stage in the 317 section, very up there ! So i had a bad side view of the centre screen…the sound was good though. IN THE FLESH really kicked off great ! and Roger seemed to be in great shape, his voice also ! MOTHER was good, i like Kattie Kissoon rendition of David’s part and Roger made us laugh when singing “Mother should i trust the government” and then backing off the mic and waving is head big time saying NO !. STCFTHOTS was also good, i like this modern version, great solo by Snowy. SHINE ON was good appart from the fact that they skip the first guitar solo… HAVE A CIGAR is great and i love the way they end it short just like on the studio album. WISH YOU WERE HERE was fine, Roger’s version is not my favourite but the crowd was singing along and loving it !

FINAL CUT tunes were great to ear….great rendition of the guitar solo on FLETCHER MEMORIAL HOME by Kilminster ! PERFECT SENSE 1 & 2 were a highlight, i loved the astronaut he fitted so well with the mood of the tune and PP ARNOLD was great as always ! LEAVING BEIRUT is much better for me than the first studio version, but i couldn’t read the writings on the screen. and the perfect ending for the 1st set ! SHEEP ! it rocked ! with Piggy flying just in front of us ! .DARK SIDE OF THE MOON went fast ! but perfectly played and what a job by Carol Kenyon on GREAT GIG IN THE SKY !!! I just missed the crashing airplane… And it was great to have the encores like a mini WALL show, again ANOTHER BRICK seemed to be the audience’s favourite, Kilminster nailed the solo again ! i liked the way they play VERA, BTBBH and COMFORTABLY NUMB in order like on the album. I loved the show but all night i couldn’t stop myself from thinking “why 4 guitarists ?” … Roger seems to like Montreal and said they would be back… Unfortunatly i always bought the tour programs from previous tours…but this time it was out of stock ! And yes, thank you very much Roger for stoping in Montreal again !!! Review thanks to newrick 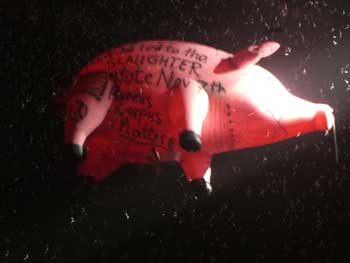 Set List FIRST HALF: In The Flesh, Mother, Set The Controls For the Heart Of The Sun, Shine On You Crazy Diamond, Have A Cigar, Wish You Were Here, Southampton Dock, The Fletcher Memorial Home, Perfect Sense parts 1 and 2, Leaving Beirut, Sheep. SECOND HALF: Dark Side of the Moon. ENCORE: The Happiest Days Of Our Lives, Another Brick In The Wall (Pt 2), Vera, Bring the Boys back Home, Comfortably Numb. 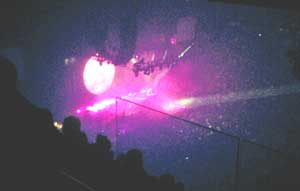 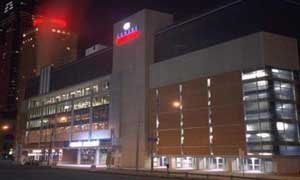 Thanks to Pierre from Valleyfield

Thanks to Antoine Tremblay

Thanks to Michele Carboni