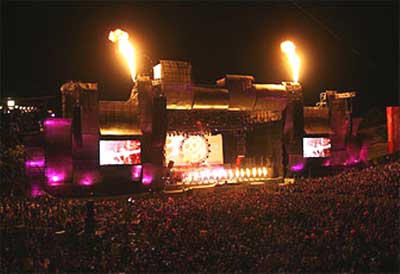 I’m still thrilled with the amazing concert that Roger Waters gave at Rock In Rio before 70.000 excited fans. Roger brought the surround sound system (they had to install 10 additional pair of columns in the audience space of the Rock In Rio). After the performance of Carlos Santana, we wait about 30 minutes for the set change. And then Roger Waters and his band appeared on the stage and the crowd went mad!!

The show started with 3 songs from “The Wall” Happiest Day, ABITW Part II and Mother, where the female background vocal started to delight the audience. With Shine on you and Wish You Were Here, the crowd sang the lyrics in an absolute moment of magic.

The next step of the show was amazing. Roger sat in a chair and started to sing masterpieces of Final Cut, in a truly moment of privacy and emotions with the 70.000 people, that were mad with the performance of Perfect Sense: absolutely Amazing this moment!!

Leaving Beirut, with a strong political message touched the audience, and the first half ended with Set The Controls (magnificent) and Sheep.

After a short break, Roger and his band performed Dark Side of The Moon, with the large circle in the stage where the images were projected, and the audience reacted with massive enthusiasm for all the performance.

After Dark Side, the Encore were absolutely amazing. Roger and the band came to the stage and then, “Ein, Zwei, Drei!!” a pyrotechnic display in the stage and the crowd were mad: with hands in the air and the throats singing In The Flesh, Vera, Bring the Boys and, finally, Comfortably Numb, where the pyrotechnic display and large fire display offered an unforgettable moment.

Roger seems to had a nice time, very happy, with a large interaction with the audience, and said that we were a fantastic crowd and said lots of “obrigado” (thank you) and speaks a lot. The band were amazing, like always, and the new guitar player (Dave Kilminster) played very well, but I think it is very difficult to forget Doyle. In conclusion, another great moment in my life: Amazing show, and the feeling that: I WANT MORE!! Roger Waters : Thank you very much for the great moments that you gave to us!!

Second Set: Dark Side Of The Moon Suite:

Encores: In the Flesh, Vera, Bring The Boys Back Home, Comfortably Numb. 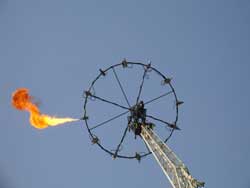 Francisco Figueiredo tells us that the surround sound was spectacular and that the sound, special effects and lights are greater than the 2002 tour.

New movies and a bar of lights on the stage coordinated with the music.

On Shine On there was no initial guitar solo (something went wrong?) they moved directly to the drum crescendo part.

Francisco said that Snowy smiled and took a picture of him and his wife. 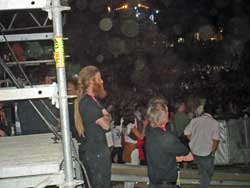 Thanks to Rui Gomes 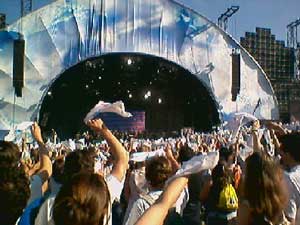 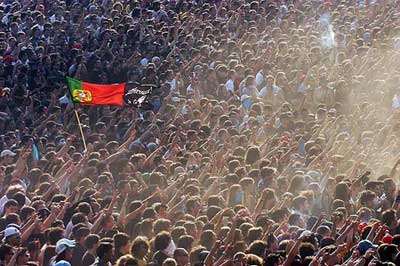 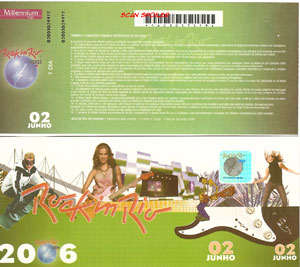 Ticket Scan. Thanks to Dieter Rutjens

Another ticket scan, this one from Rui Gomes 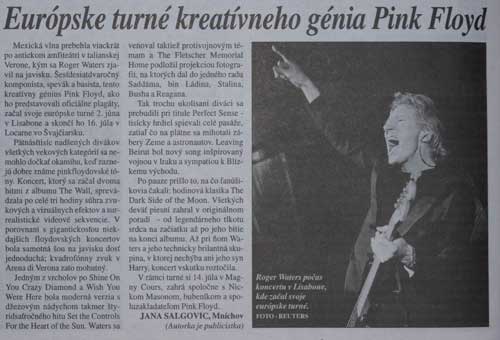