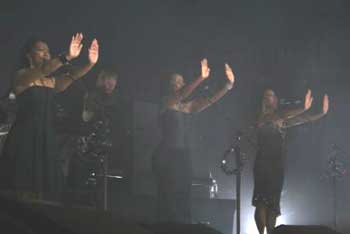 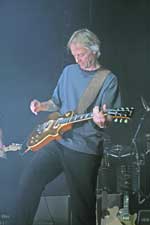 Wow – the October 3rd show was brilliant! This is my third time seeing Roger – twice on the 1999/2000 tour and I have to say that this time was the best. The band was exceptionally tight – sax was awesome, vocalists were amazing, David on guitar made it sing, Roger was enjoying himself and the videos they played were fabulous. To some a tight band might come across as less exciting – but to me it reeks of professionalism, the desire to put out note perfect music (which we know) and a general love for the music.

Yes, traffic was a disaster and the Cricket Pavilion people should be embarrassed – not even one policeman out to guide/assist traffic – in or out. And the Arizona Republic – what a joke – they must all go to bed at 10PM – they never have concert reviews in the next day’s paper – big league cities do! Two days later – still cannot even find a review of the show on their website. Would have been a fabulous story to talk with Roger especially due to the recent tragic loss of Syd but no we had a cute comparison of who is Pink Floyd – Roger or David.

Roger has never really talked with his audiences that I have experienced and this night was no different. His videos said alot – he is very much against the war – he did not appear to be bashing the soldiers just the political leaders – all this in the shadows of Luke AFB! Thought I was in the middle of a no war rally from the late 60″s – god it was good to remember that we need to stand up and fight for what we believe in – thanks Roger.

Shine on you crazy diamond!

Review thanks to David Scholefield 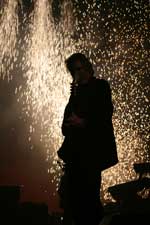 Last night Roger Waters (and company) finally brought his show to the Valley of the sun. Seeing as though Roger is my number one musical influence of all time, my anticipation to see this show was very high.

I had already seen Roger 3 times before tonight. One show here in Phoenix back in 2000 and I had seen him twice at the beginning of this tour when he performed two nights in Verona, Italy. In Verona we were fortunate enough to score front row seats on night one and 17th row on night the second night. The city Verona is so charming. Small by some standards yet rather large for and Italian city and despite a little rain on the second night the ambience inside the ancient Roman coliseum that he performed in was the perfect setting especially to see the Dark Side of the Moon played in it’s entirety.

So upon leaving the house yesterday, I wondered if the show was going to top what had had experienced back in June. But tonight I had been fortunate enough to be included on the guest list and obtained a media / photo pass from Dave Kilminster (Roger’s guitarist) and had 5th row seats for the show. So I had hoped that this would be a special evenT as well. 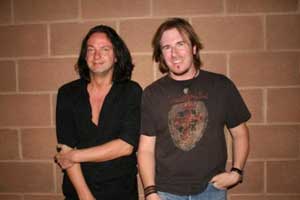 We arrived about 2 hours before the show and hooked up with Dave Kilminster to catch up with him and he shared some great stories and experiences from this tour. He is such warm and wonderful spirited person, who really enjoys what he does. We both have a close mutual friend who had hooked us up to connect in Italy and in Phoenix and so it was really just nice to get to know Dave on a personal level.

My wife Marta, my guitarist Michael and sister in law Sarita had left me backstage right as Dave said he was getting ready to prepare for the show but they were able to meet John Carin (Roger’s keyboardist) and take some photos with him too. I was soon escorted to the front of the stage and placed at the feet of Roger’s mic stand and told my media pass would allow me shoot with a professional camera but NO FLASH and I could snap pics during the first three songs only! I was a little disappointed about the flash, but I knew I could snap over 300 pics in 3 songs.

As the show started and I stood right at the feet of the man himself no less than 6 feet from where he stood, I was just stoked to have the opportunity to enjoy the show from where I stood looking back on the over 15,000 enthusiastic fans he was singing to.

After three songs I went to my seat. We took more pics from there but were not allowed to use the professional camera. 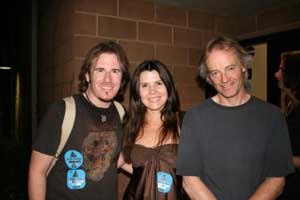 The last song they played in set 1 before the admission was Sheep. They brought out Roger’s floating flying pig with the political graffiti painted on him and paraded him around. It was awesome as Roger did not have that in Italy. However, one small occurrence happened at the end of the pig’s appearance, HE FLOATED AWAY INTO THE SKY!! That is right the techs lost control of it and he took off into the desert sky and was gone forever!

At the intermission, we went backstage again and laughed with some of the roadies as they pointed in the sky where the pig was floating away! 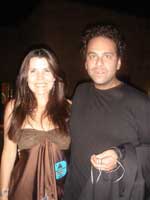 We then went and hung out with Dave again and Snowy White (Roger’s other guitarist) and were able to get more pictures… Michael my guitarist had the opportunity to talk with Dave about his gear and learn about what amps he is using on this tour etc.

After the intermission we went back to our seats and Roger’s second set of course was the Darkside of the Moon in it’s entirety. Mind blowing, the video sequences were perfect along with the music.

Last night was just awesome. I was not sure if it would come close to Verona, but the band played extremely well, Roger’s voice was great and he was rather enjoying himself more than usual!

Review and all show pictures thanks to Andy Robbins 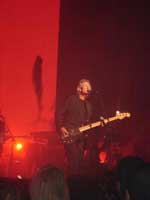 We drove from Albuquerque, NM to Phoenix, AZ to see this show

My girlfriend and I were the second and third to arrive.

Despite the obese security manager who decided to do sudden re-shuffling of the lines 20 minutes prior to opening the gates…. first, to say they weren’t going to open the gate we were in, and second, to say we had to separate into boys and girls lines so that we could be searched…. and then to ultimately declare the line we were orginally in as open…..

I thought it was one of Roger Waters’ greatest performances…

Even though getting the exact seats we wanted in the lawn.. and then having assholes in front of us getting absolutely wasted and then deciding that this was the perfect time and place to make-out and dance… completely blocking at least my view due to me switching places with my girlfriend so she could get a clear view.. this having been the first Roger Waters’ concert she’d seen.. and my second…. and the guy’s tallness and his insistance on bobbing his head back in forth directly in front of me… and even though the people behind us decided this was the perfect time to get even more fucked up than the people in front of us.. and shout out their relationship problems.. disrupting the whole experience for all those around……. I thought this was the most amazing and wonderful show I’ve ever been to.

I thought it was really fitting… considering that apparently many of the people at the show were wishfully thinking they were going to see a Pink Floyd concert.. and most probably had no idea that there was an album by them called “The Final Cut”…let alone know any of the lyrics….and so… during the song “The Fletcher Memorial Home”… on the line… “Are you having a nice time?”… many in the audience gave a wonderful cheer… thinking that this was Pink Floyd actually asking them if they were having a good time at the show…. and then they all fell silent on the next line… “Now the final solution can be applied.”…… with an apparent wondering of “Huh?”… “there’s more to the song?….”

I thought the releasing of the pig during “Sheep” was absolutely wonderful..even if it was an accident… perhaps they should do it as a planned event… seems more powerful of a message that way…. 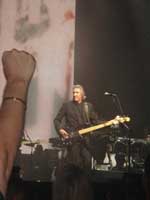 My point in sending this review was not exactly to say how great Roger Waters and his band were……. even though they were.. but more-so… to say that anyone going to these concerts should really reconsider getting drunk into oblivion at them…. these are NOT party shows…. and getting absolutely mindfucked with alcohol at them is simply ridiculous….

Show some respect…. Roger Waters and his band are trying to put out a message…. I don’t have a problem with people drinking at shows… I like alcohol as much as anyone…. but PLEASE… there is time and place for everything…. and getting so drunk as to where you’re incoherent to the message being presented is completely disrespectful..

This man and his band are one of the only forces fighting for sanity in this world….

Most anyone of any influence whom has ever attempted what Roger Waters and his band are doing right now are dead…. so you’d better listen up……… Lennon’s gone… Marley’s gone… “how long shall they kill our prophets while we stand aside and look”

Do not disrespect those whom have fought for your rights…..

Review thanks to Tim

I attended the Phoenix show last night, and although I thoroughly enjoyed it, I have to confess I found it all too clinical.

The performances were spot on, Roger was in fine form, but something was missing. What was missing IMO was ‘soul’. The show had no depth to it. It was as the band were just going through the motions.

Sure Roger was animated, and said we were a great crowd, but it was as if they had done this a hundred times before, and this was ‘just another show’.

Overall though, I would say if you get a chance to see it, go!

Review thanks to Adam J

I went to see Roger play at the concert last night in Phoenix. It was a stinking hot night, but the band put it all together quite nicely.

Traffic jams were terrible, and the show started waaaaaaaaay late, but we still managed to have a great time!

Review thanks to Will Butler 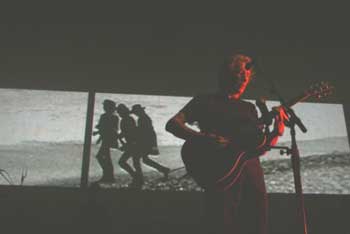 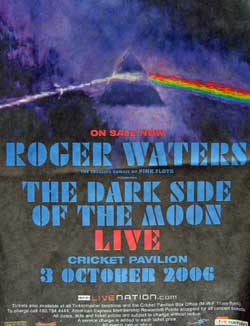 Ad from the Arizona Republic newspaper thanks to Jim Poulin