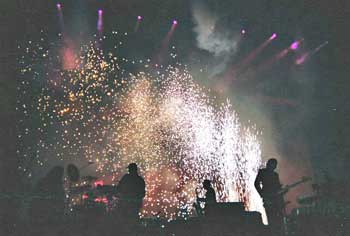 I was at the show and was thoroughly impressed with the total performance. The venue was sold out and there was a great energy. I was a little concerned about the amount of political commentary that might take away from the musical performance but felt that Roger expressed his opinion without detracting from the program. I am so happy that Roger brought his world class band to Indy. A show for the ages.

Thanks to Bryan Fuller 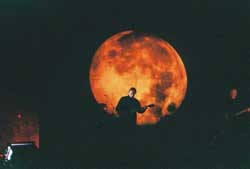 For all the mystery and mythology connected to Pink Floyd, Roger Waters shattered the hype Saturday night at Verizon Wireless Music Center.

Bottom line: The promise of pop music fulfilled. The former member of the English rock band transformed roughly two dozen staples of FM radio into rich personal experiences to be shared with his audience of 19,558.

The crowd nearly doubled the 10,212 who showed up when Waters played the same venue in 1999. This time, advertisements shrewdly referred to Waters as “the creative genius behind Pink Floyd.”

It’s true that songs extracted from Waters’ life story built the band’s golden era, and he offers something that David Gilmour, Nick Mason and Richard Wright can’t when that trio convenes to play oldies under the Pink banner: First-person perspective. 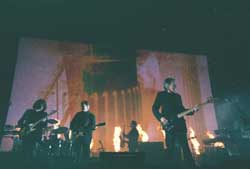 As presented in spectacular fashion at Verizon, the tunes revealed the 63-year-old to be alternately pained, bemused, confused and, yes, touched by genius.

It’s not that Waters’ biography is remarkably different from others who grew up during the second half of the 20th century. His vivid telling of the tale, however, places him in the neighborhood of Twain or Kubrick.

Teenage anxieties were detailed in “Mother,” the unplugged omen of “The Wall.” As a young man, Waters basked in the giddy afterglow of the British Invasion and crafted “Set the Controls for the Heart of the Sun,” a 1968 selection that foreshadowed any number of songs by Metallica and Queensryche. 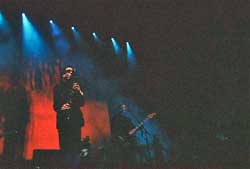 Waters happened to be a close friend of Syd Barrett, a founding member of Pink Floyd who tripped his way out of the band in the late 1960s. Barrett died earlier this year, but Waters immortalized him in the mid-1970s through the songs “Shine On You Crazy Diamond” and “Wish You Were Here.”

Of course, Waters would be overjoyed if his anti-war material would fall into irrelevance. But “Southampton Dock” and “The Fletcher Memorial Home” never go out of style, and he’s added “Leaving Beirut.”

The second half of Saturday’s show featured a verbatim performance of Pink Floyd’s “Dark Side of the Moon” album from 1973. Compared to the rest of the program’s private nature, hits such as “Time” and “Money” were populist statements doubling as thunderous rock spectacles.

All above pictures thanks to Jerry Wilson

Thanks to Chris Bruckner

Above pictures thanks to Larry

Dark Side Of The Womb! We have featured some strange pictures on this site over the years, but this one must be in the running for the most unusual. Erik & Melanie are both mad Floyd/Waters fans, and attended Roger’s show in Indianapolis. Melanie, who is VERY pregnant wanted to wear something a little different for the show, and so a spot of body paint was in order. We understand Melanie’s get up was a hit with the crowd!

Thanks to Matt Balzer 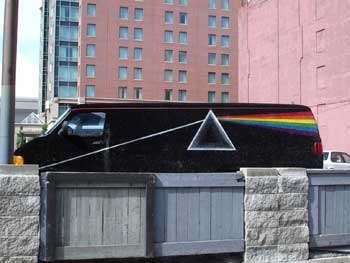 Spotted in Indianapolis the day after Roger’s concert. Pic thanks to David Malina