Is This Not What You Expected To See?
A Review/Rant of The Wall Performed at Wrigley Field

Having seen the show 3 times in 2010 gave me a good idea of what I should expect at last night’s show. I’ve also seen a few YouTube videos shot from the huge stadium venues and had a good idea how the show has evolved and expanded to accommodate the huge size of the crowds. Experiencing this in a stadium setting was both amazing and maddening but overall I had a great time.

Waters, along with his talented design team, did an admiral job of expanding the visuals to this new wide(r) screen format. The visuals from Bring the Boys Back Home through The Trial were astonishing as my peripheral vision got quite a workout, akin to looking into the Grand Canyon for the first time. The sound was loud and clear and I had to smile to think that everyone in my old Wrigleyville neighborhood got to enjoy the show too. The band was as tight as you’d expect after performing this piece over 100 times as was the entire show itself. Simply breathtaking! And maddening…

In order to be able to project images onto the wall in a stadium seating it was necessary to strategically place projection towers and scaffolding for some speakers on the field. It’s the nature of the beast, but an ugly and distracting beast. Both the projection and speaker towers’ scaffolding created a semi-obstructed view of the wall, like looking through a thick spider’s web. And even though the visuals that were partially blocked were mirrored on the opposite end of the wall, it still became an eyesore on a beautiful canvas.

Then there’s the nature of the stadium show itself, a far cry from what now seems the intimacy of a much smaller indoor venue. The mob mentality increases exponentially in a case like this, with far more people attending that could care less about the show and more interested in chatting and going for beer runs. The personal connection is lost and the crowd was a distraction.

The connection with the story of Pink is now a back story and almost completely lost in the global theme. I thought that I had pretty good seats last night, 45 degrees from the stage and 6 rows above the field which gave me the advantage of being above the heads of everyone on the field, plus I was able to sit for most of the show. But I was not able to see a single musician playing live last night… they were just too damn miniscule from where I was sitting and there were folks sitting much further back then I was. So it all became more about the giant spectacle leaving all personal connection behind. This in itself is an enormous hypocrisy for what this show was originally about.

In venues such as this, and even in smaller venues, many bands have historically presented a closer view of the performers by flanking the stage with huge video screens. This creates a bit more of an intimate experience for those who view the players on stage at insect size. You obviously can’t see anyone playing, or even singing, from that far back and those close ups are the only way to see what anyone is actually doing. Roger cleverly accomplished this by bookending the wall with close-ups of himself and the performers, but wasn’t satisfied with doing things the old fashion way. To add to the slickness of the overall production, rather than using a live camera to capture the intimacy of the live performance, ALL of the projected images of the band (with the exception of Nobody Home, Outside the Wall, and in-between song banter) were prerecorded. And this footage was used too often. I knew that he did this for Run Like Hell, where the graphic of “live” Roger seamlessly blends in with the rest of the animation used on the previous leg of the tour. But to use this throughout the show was extremely frustrating. I was distracted to the point of trying to figure out what was live and what wasn’t and soon realized that it was almost all “Memorex”. I pointed this out to Col who said that maybe it would be too difficult to do this live but it was done during the few parts I already mentioned. It was Roger’s choice to use the slicker pre-shot images, my guess from the recently footage shot in Greece and River Plate, which indeed looks amazing. How else could you get a shot looking down at the stage over the teacher’s shoulder? And the kids on the screen were obviously not the same ones on the stage. It all created a sense of falseness. Is this not what you expected to see? Yes, most in attendance expected these kinds of intimate close-ups so we could at least see the performers playing live. Most were tricked into thinking that these images were indeed live, including some of our other forum members like Chains (nice seeing you again, buddy!). So, is this just artistic license in the form of vocal assistance? Or is it the trick of a magician, the sleight of hand of a charlatan duping the masses. I’m so conflicted by this that I don’t know how to feel about it. The final product is amazing but leaves a very bad taste in my mouth. In regards to this pre-shot footage (whose choreography Roger has to match every night), Greg (Pantazm) remarked that this is what Roger will eventually be selling us. I just didn’t expect to buy it so soon, not at what was pretending to be a live performance.

And then that frustration melted away as the Pig settle down right behind us. Col and Greg involved in a giant tug-of-war that only ended when I pulled out my pocket knife. A good way to relieve some of the aggression I felt during the show which ultimately made for a nice souvenir.

I had a great time with my friends last night within the friendly confines of Wrigley field and the show was simply amazing even though it had a very false ring to it. I don’t know whether to say “Great job, Roger” or “You should be fucking ashamed of yourself!”

If I catch him before the Yankee stadium show in a few weeks perhaps I’ll simply spit on him… and then wipe it off of course. ; )

Review thanks to Ron Toon

Part of the AFG pre show meet up 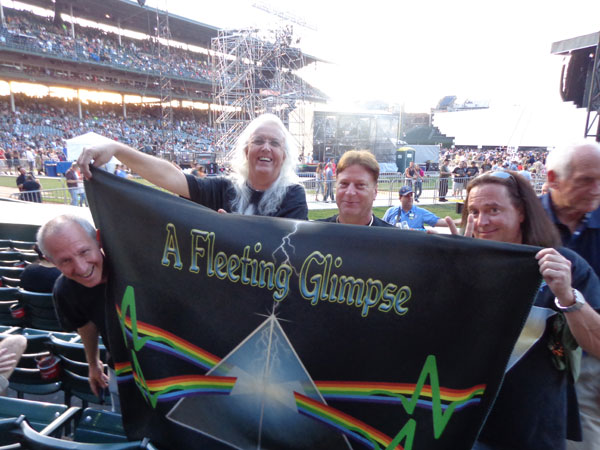 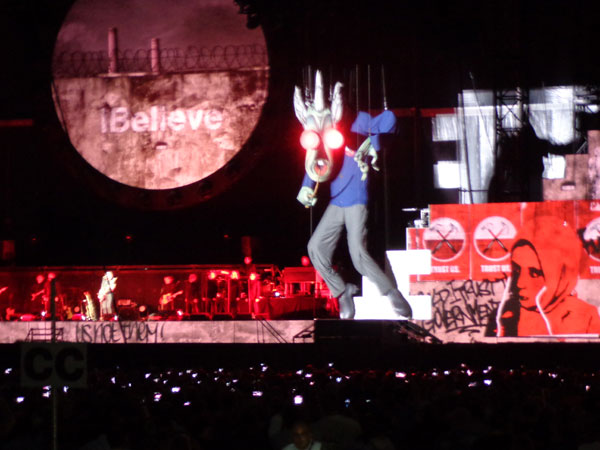 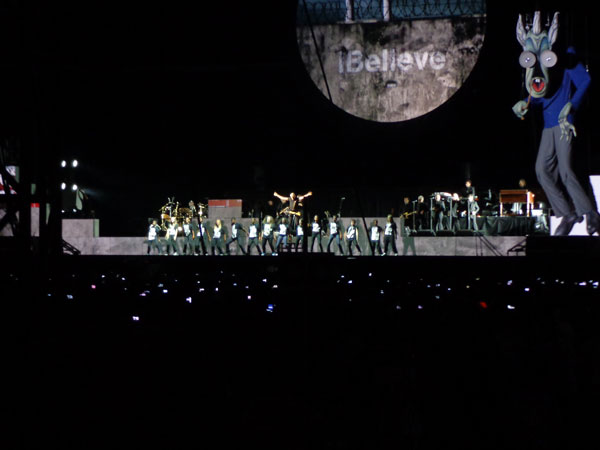 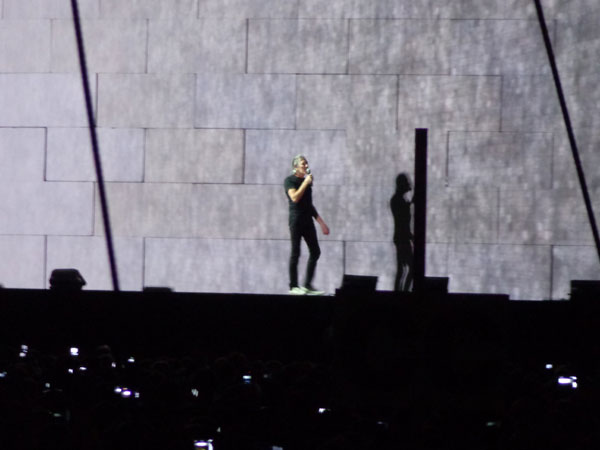 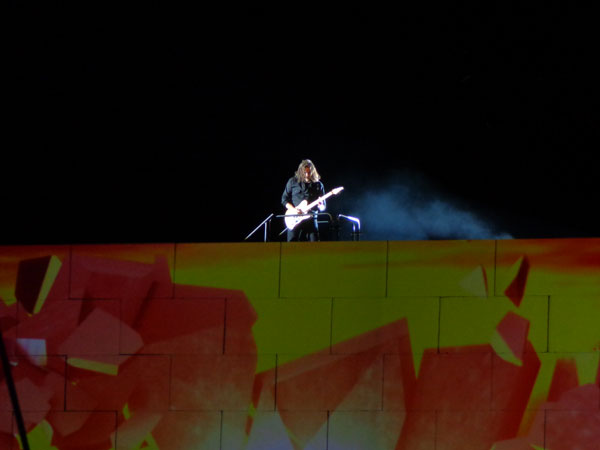 Above pics thanks to Col Turner 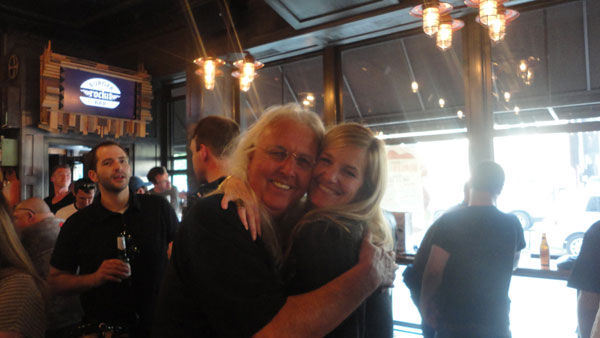 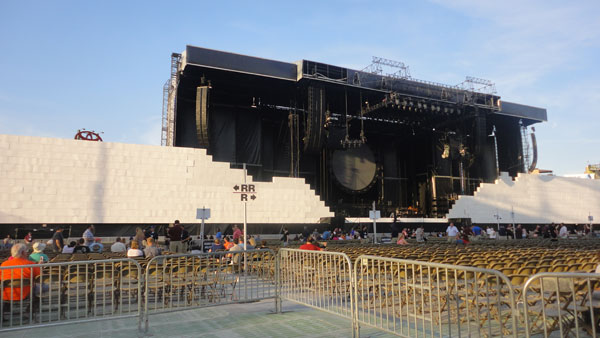 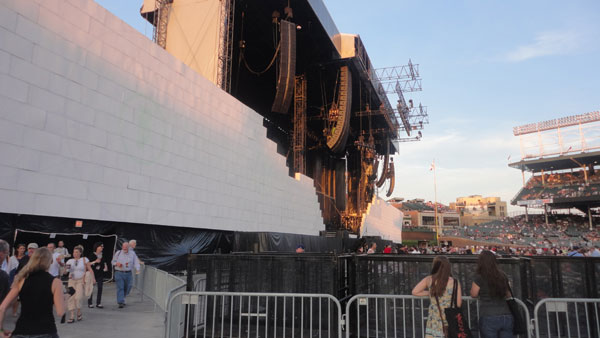 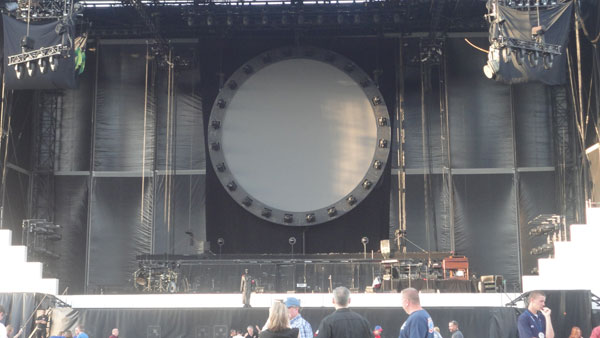 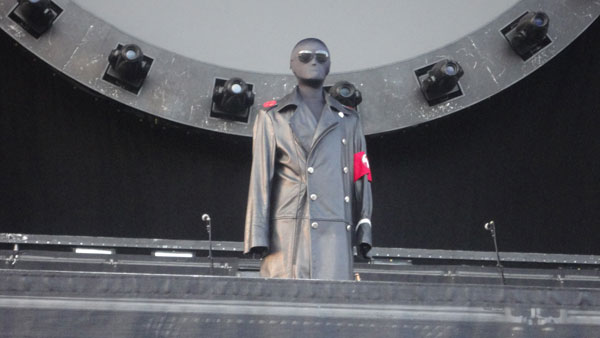 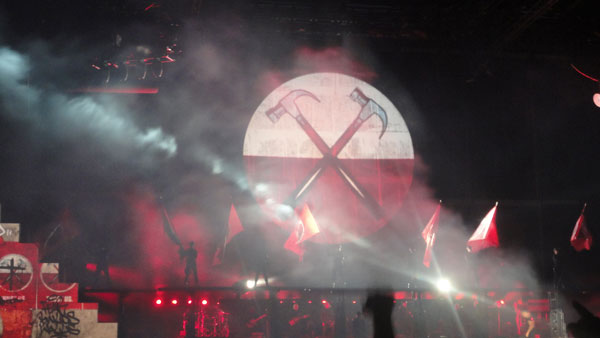 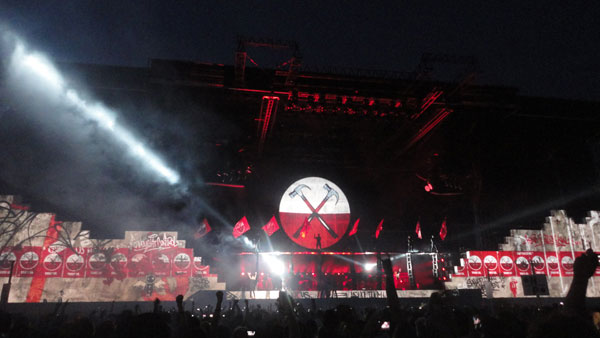 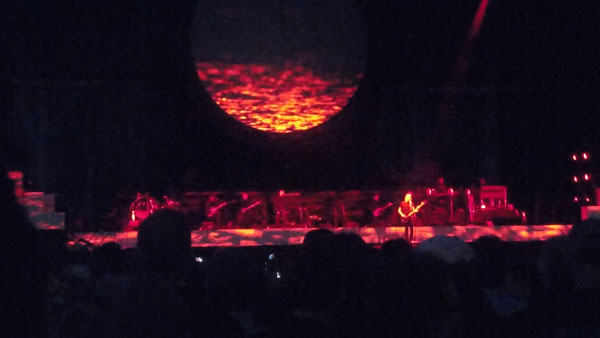 Above pics thanks to Robert Perry