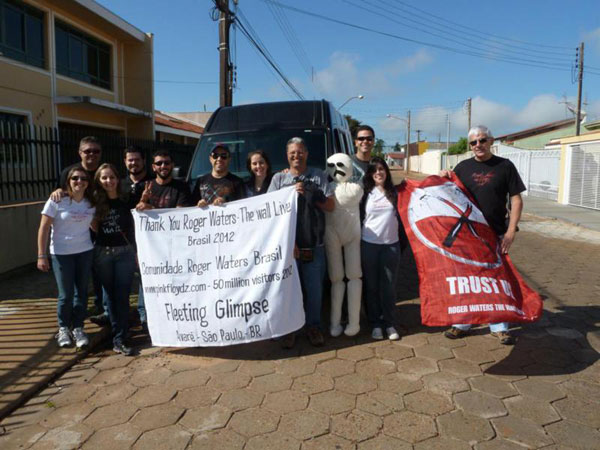 On Tuesday 3rd the expectation was big, because we would be in Prime sector in front of the stage, and for the first time I’d be taking a Pink for the stadium, he was ready for the show in Porto Alegre, but I had some problems then he doesn’t go, In Sao Paulo we were barred by the police they saw we couldn’t enter with the doll, but I had to come in with Pink,so I went to talk with the Commandante, the responsible for the security of the event, and after an hour of conversation, Pink was released to enter, also released by the promoter of the event. It was amazing to get with him on the stadium, many people knew what it was and wanted to take pictures with, they said it was an amazing idea, but many people don’t know that he is part of the show We realize the many people were there by curiosity of the show, but soon they would know.

This stadium configuration with chairs,let the people discourage, In Porto Alegre I had an opportunity to attend the show standing, it is so much better, the public vibrate all the time, and in Sao Paulo we couldn’t stand in Prime sector because some people asked to sit down again,but once again in Comfortably Numb, Roger asked the people to stand up, and as happened in Argentina, on track Run Like Hell he didn’t have to asked to stand up!

The messages on the pig that came in that night were heavy, but very real to the brazilian people “Brazil,Paradise of corruption and Impunity!” “People that accepts everything in silence!” “People who is accommodated and don’t claims.”

The messages were sensational!!

It was great to get the autographs of Robbie Wycroff, and Mark Lennon, they were very attentive with the fans.

In the end, Roger Waters, and the band were very applauded, with a legion of fans even more that the beginning.

The stadium which was the show in Sao Paulo calls Morumbi, by the way, the stadium of my team and our goalkeeper Rogerio Ceni is the best one in Brazil, he have 100 goals. 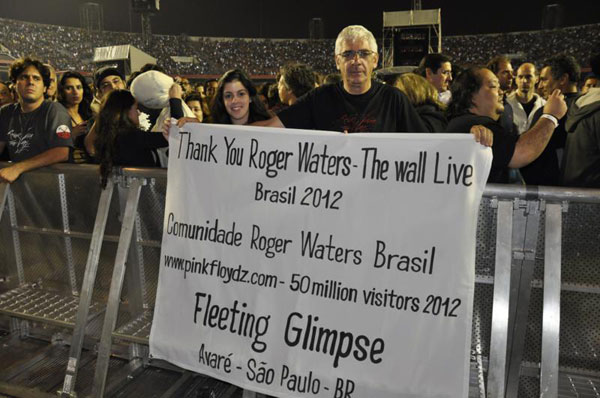 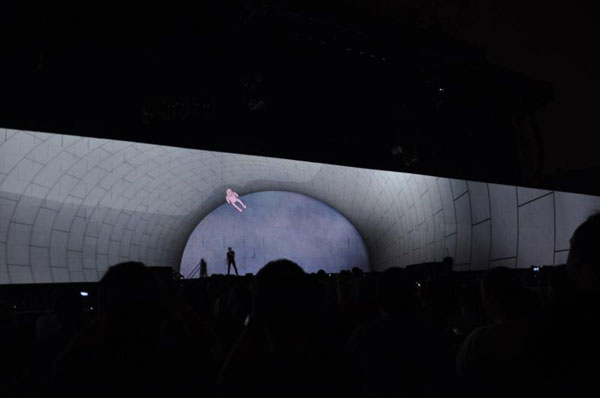 Watch out Pink doesn’t bonk you on the head Roger! 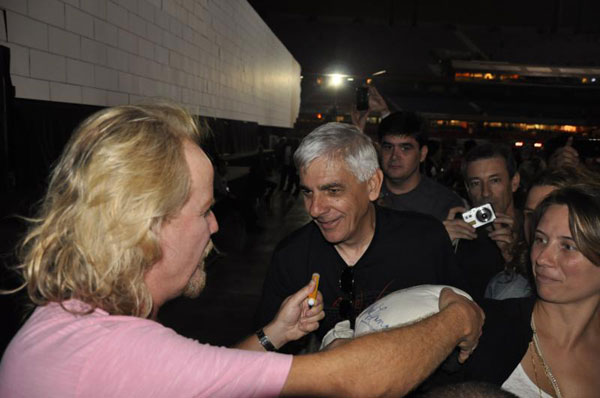 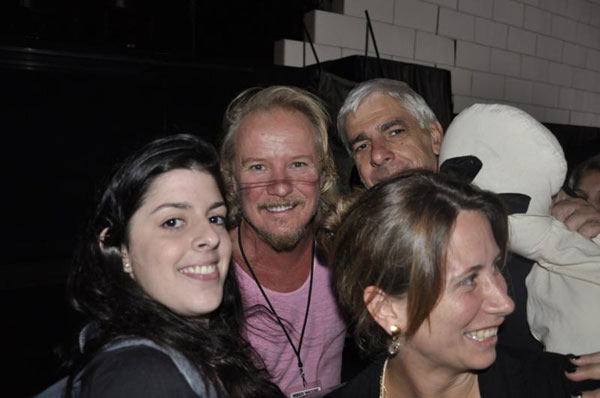 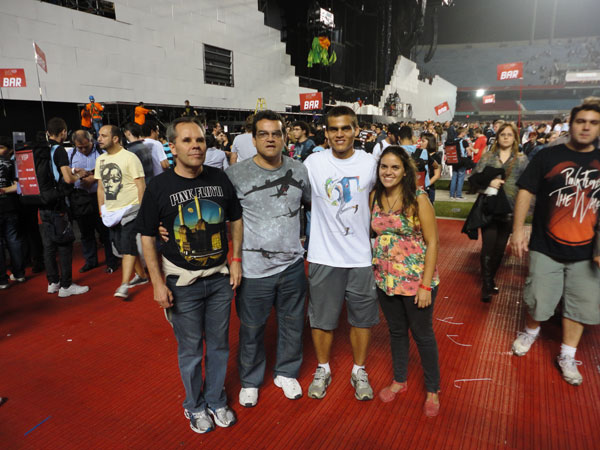 Here I am, once again, sending you my experiences with Roger Waters. This time, it was at Morumbi Stadium, in 03/04/2012:

I had been in Atlanta’s 2010 The Wall indoor show, and it was an unforgettable experience. The show was superb and I thought, at that moment, that Roger Waters had achieved the perfection, the highest point in the production of a spectacle. My mistake.

The new format of The Wall Live, for big stadiums, is absolutely fantastic. What I’ve seen in 03/04/2012 is for sure the most sensational and unbelievable presentation ever made.

In some moments of the gig we had the exact sensation that we were at a gigantic home theater, such was the quality of the sound and the images.

As always, the band played very well and Rog was impeccable and pleasant.

For those that haven’t seen The Wall Live yet, don’t miss the opportunity if the tour pass near you. And the people that were at the indoor presentations, go to the new gigs, because they are much more amazing. 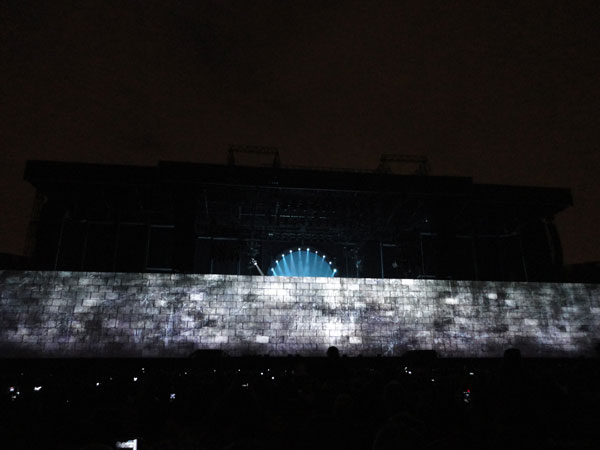 Above review & images thanks to Edison Vaz Melonio 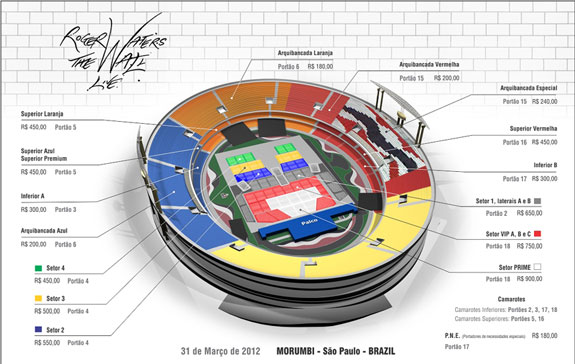