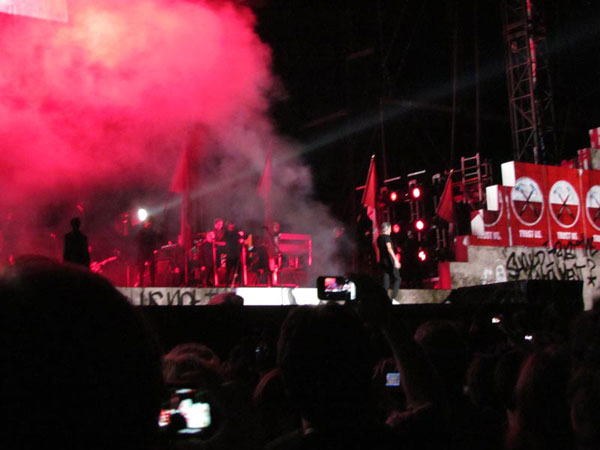 There were about 40,000 people, the show started 21:15, there was full moon that sometimes projected a shadow of the speakers at the wall. 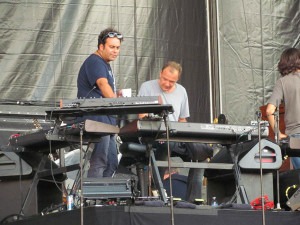 Roger’s not good at all speaking Spanish but he made a big effort to address his South American audience. He dedicated the show to the memory of the missing, tortured and murdered people, that’s what he said in Spanish: ” Buenas noches, Buenos Aires. Quiero dedicar este concierto a la memoria de los desaparecidos, de los muertos y los torturados. Los recordaremos”.

I saw The Wall six times back in 2010 and to be honest I have to say that I prefer the arena show. The size of the venue goes straight against the quality of the show. Roger had some difficulties to get the people connected to him, the crowd wasn’t warm enough, they stood seated almost the entire show, even during comfortably numb they remained in their seats until I jumped and moved my arms (I was 9th row a bit to the left of the center) just before Roger sang the line: “can you stand up?” and they stood up and Roger moved his lips to say “thank you” to where I was. 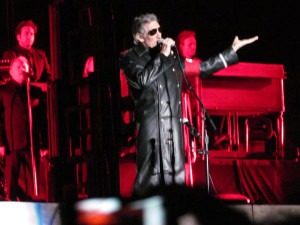 Obvious that I’m comparing the two types of shows, arena vs. stadium, but overall the show was fantastic, if you didn’t see it at an arena you wouldn’t feel disappointed at all.

I’m really looking forward for the ninth show that won’t be seats on the floor.

The highlights for me are basically the same show after show: In the flesh? is like a bomb. I broke up in tears during The thin ice. Good bye blue sky is a gem. Empty spaces/what shall we do now? are so powerful. Another brick in the wall pt.3 and The last few bricks hammer your head. But the second part is my favorite, since the first notes of Hey you till the wall falls down feels like you can’t breath.

Me and my wife always cry during Vera, watching Hannah Myers is so moving. I can’t say nothing about Comfortably Numb it was fantastic as always. 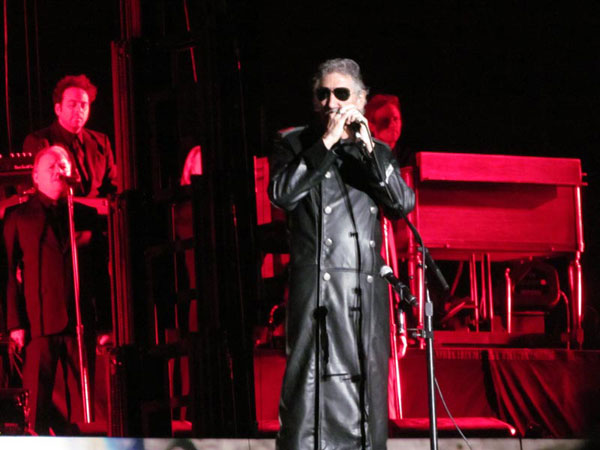 The Wall fell down all the way to the front almost in one entire piece. Two hours before the show started I saw Guy Pratt on stage with Jon Carin and a few minutes before the beginning he went to his seat near de soundboard. I’ve just noticed that he was in Montevideo, Uruguay (where I came from) last week and I missed him. I can’t say nothing but f… o… 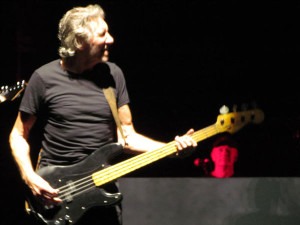 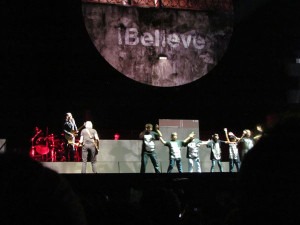 As we entered the stadium we saw the wall across one end and the crowds of fans all sat round the various tiers. Whilst the wall was a lot bigger than the US or European shows i have to admit i was a touch disappointed it wasn’t as big as at the show in Chile, had i know how big it was going to have been in Chile i would without a doubt have attended those shows before these.

I was surprised how much space was left on the floor of the stadium and was blocked off without any seats at all, i guess the majority of fans prefer the cheaper tickets even though they are further away.

We took our “seats” around 8pm, i say seats but this was nothing more that row after row of painted concrete! The show wasn’t due to start till 9pm but it was great to sit there for an hour before and take in the atmosphere.

The stuka plane that comes down at the end of In The Flesh was even further back than we were, seriously it must have been a quarter of a mile run down the cable till it hit the wall! Fortunately, it was an ideal evening for an outdoor show, it had been sunny all day, the rain had held off and the humidity had died down a bit as it was now dark and heading towards 9pm. Sure enough at about 8:45 the sound of the 1st track that we have now all become accustomed to as being the start of the show was heard through the PA and Kami and i knew we had about 20 minutes till show time.

There were a few things instantly visibly different from the indoor arena shows of the last couple of years. The main one being the three projector towers and the lighting towers that were even higher up above these. When Kami and i took our seats we had to keep moving around around and looking behind us to make sure the towers were not obstructing our view, this is gonna be a problem for people who don’t have general admission tickets at the outdoor shows and whom have assigned seats! We were lucky enough to be able to find a seat that we were able to see the whole of the stage where “the guys” were and the only area that was blocked was to the left of the wife and the right of the teacher puppets. It wasn’t till we really started to look that we realised just how much bigger the stage length was and how small everything on the stage actually looked! the bricks looked very small and the drum kit was hardly even visible! Obviously the guys selling binoculars outside (and inside) the stadium were aware of this before we were!

One thing that was VERY off putting he smell of Marijuana in the air and especially from the people around us, i hate the smell and I’m not sure if its legal here as we’ve even smelt it coming out of a few restaurants and bars as we’ve been walking around the city. 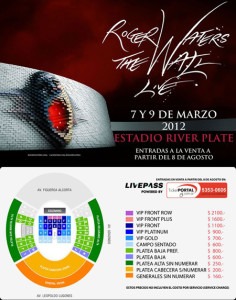 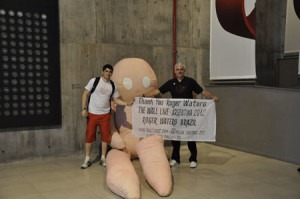 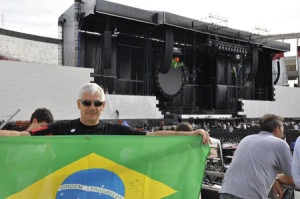 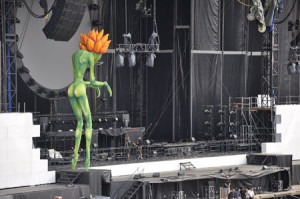 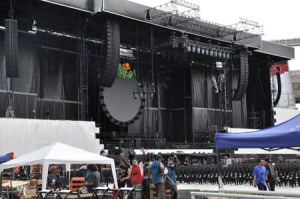 (Above) Our good friend Joaquim Arnes managed to gain access to the River Plate Stadium in Buenos Aires Argentina and sent us these pictures as a sneak peak.