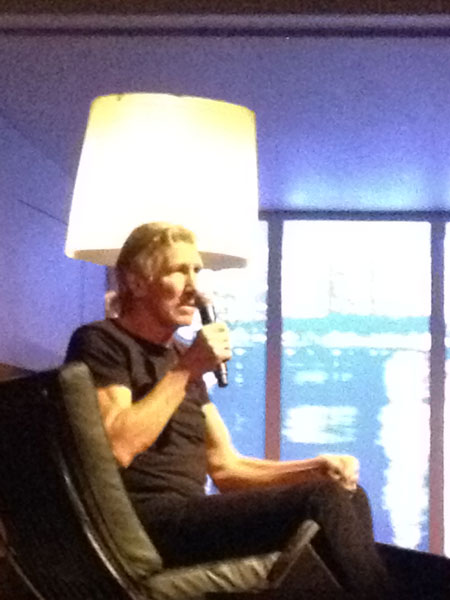 Last night was concert number two in Melbourne. Basically had the same seats as the night before, although was even closer to the living room where Roger pops out for Nobody Home

And saw some of the old familiar faces, in particular the wonderful Kevin, who is up to his 230th(ish) Waters/Gilmour/Floyd show, still selling T-Shirts and, amazingly, managing to get a seat in the Front Row!!

Won’t bore you with the details, but a couple of points of interest

So, I have tonight off, before another two gigs.

Above review & picture thanks to Tim 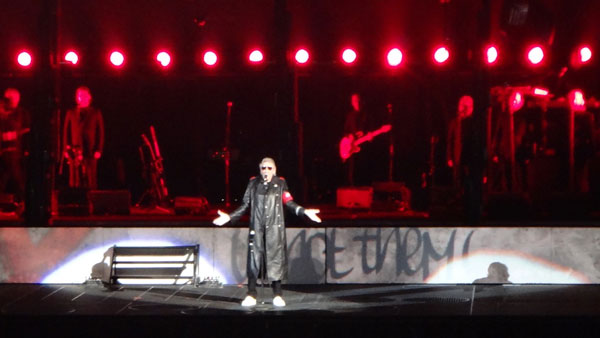 My last (for now) concert out of 4. Another great night, unfortunately I’ve found that the more you see the quicker the night goes. I can honestly say that the last two nights have shown to me that the band are enjoying the smaller venues more than the large ones, the intimacy of the Melbourne venue compared with Perths really showed during the last few songs, Roger and the band seemed more thankful and the audiences appreciation really shone through.

We got Waltzing Matilda tonight which was great, what a way finish my Roger Waters experience, this tour was officially announced the day my son was born on 11-4-10, (AFG announced it much earlier though) since that day I have been following every gig in this website and it is hard to believe that for me it’s over for now.

This is without doubt the best concert experience I’ve had, I’ve shared it with different family members and friends each night, each loving it in a different way. What an amazing journey. 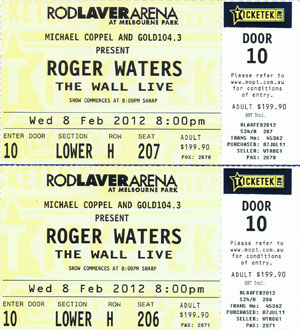 Above review, pictures & ticket scan thanks to Dean Anderson