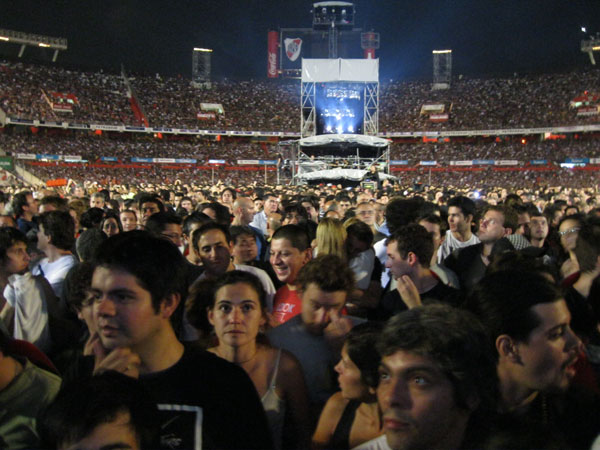 Today I went with my wife to the Four Seasons hotel where the band was staying about 2:00 pm.- Before we arrived we saw Graham Broad walking off the hotel and we intercepted him because we were looking him, Snowy and Jon to sign my Uruguayan flag that I can say it’s signed by all the band members including Roger. That flag was with me all 15 wall shows I’ve seen. 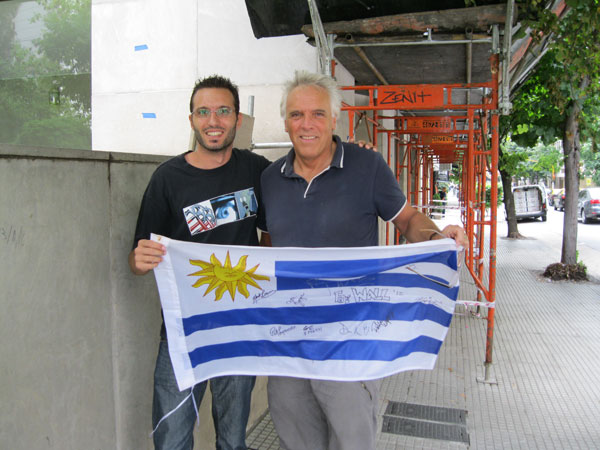 The band was doing the check out and left the hotel by 4:00 pm, we were chatting with Jon Carin for a while and he was so nice with us. When the vans left we waved them and headed to the train station to go to the stadium.

I arrived to River Plate Stadium about 5:30 pm and there were about 150 people in front of me waiting to go to the VIP field. Just before entering to the field the staff was giving masks for the show. I could easily reach the front row just right where Roger has his mic.

After that I saw Simon and Kamilla at the front row but a few meters to my right. Then Robbie Wycoff was on stage saying hello to us and then he went down to sign some autographs and take some pictures of and with the audience.- The staff was constructing the wall before the show, that was the first time I saw that. 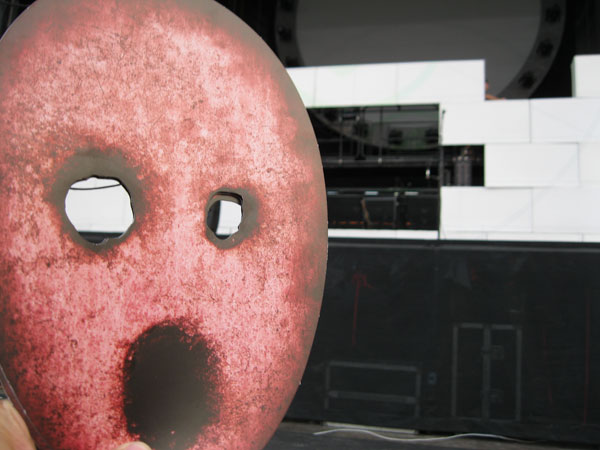 From the beginning I knew this was going to be a different type of show than the 8 before, there is nothing like the standing field.- About 30 minutes before the beginning of the show an Argentinian girl was on stage giving the audience directions for the filming. She asked us to put our masks and stand still, then she asked to look to our right and be still and then the same to the left. After that she encouraged the crowd to jump for about 30 seconds and then to move the masks up and under as if it was a sea of faces. Before leaving the stage she said that we have to put our masks at the beginning of Empty Spaces.- 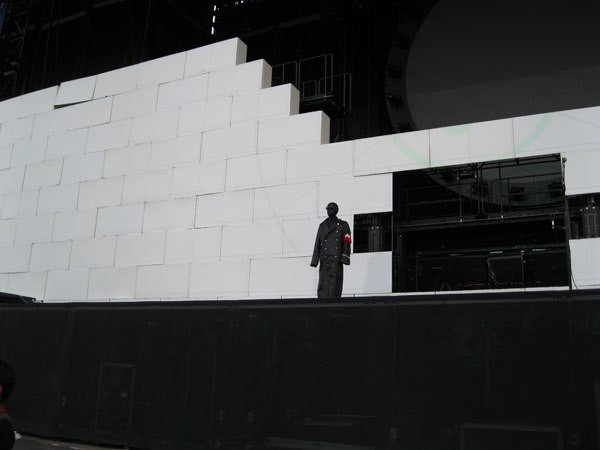 The crowd was amazing tonight, you could notice that easily, I have to say that the real fans were tonight at the stadium. When Roger came on stage there was a big ovation and the crowd was singing the guitar solo of In the Flesh like in Chile and singing all the songs along with Roger until the end of the show.- I could see the biggest smile ever on his face during a show. The band was fantastic like every night but it seemed like they were touched by the great response from the crowd. Early in the afternoon we discussed with Jon Carin how the people was quite cold during the other shows.

Another brick in the wall pt2 was fantastic, all the audience clapping along the kids… Before Mother Roger dedicated the concert to Madres de Plaza de Mayo and Ernesto Sabato like from 3rd show, and when he said “Nunca Mas” all the stadium repeated those words several times.

I put my mask during Empty Spaces and Backs to the wall.-

During intermission I saw something new to me, the staff was dismantling the teacher puppet and packaging it and then did the same with the wife. The second part of the show is the strongest as everybody knows by now. One of the highlights was Comfortably Numb when everybody was singing very loud along with Roger, everybody went crazy during Run like hell, clapping all the time.- After the wall came down the crowd was singing many “football” like chants, like “Ole ole ole, Ro—ger, Ro—-ger” and many others.-

Outside the wall was very moving and the band and Roger gave a big thank you to the crowd.- I can’t wait to see the dvd from this show.

All in all it was the best wall show ever for me, they must do the standing field many more times. During the last two weeks we met Simon, Kamilla, Georg, Martin, Elcira, Joaquim, Matheus, Mario, Alex, Christian, Angelica and many other fans from around the world thanks to A Fleeting Glimpse, that was the best part of these journey. 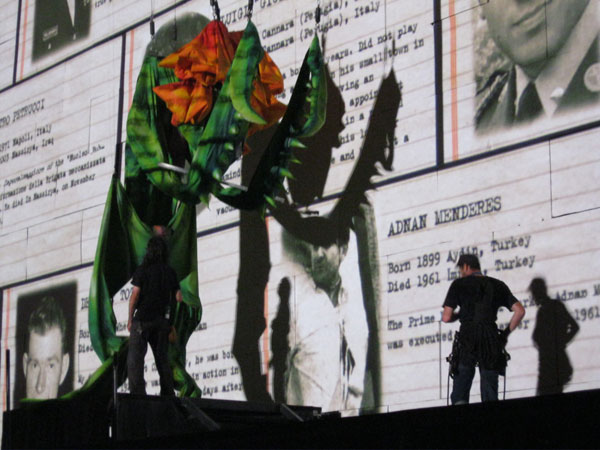 Amazing show tonight, best one of the nine by far.
Above pictures & comment thanks to Simon Wimpenny.