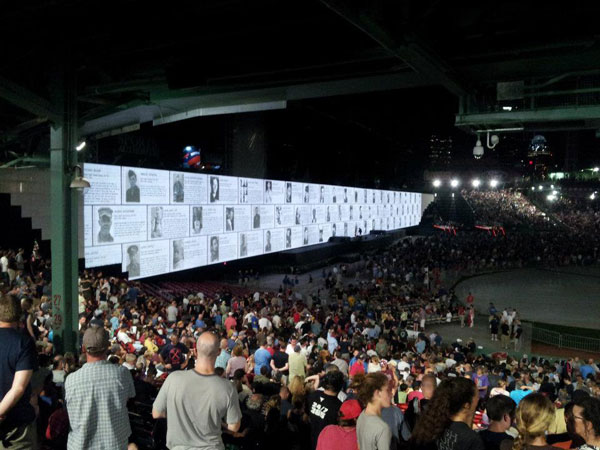 Having witnessed two of the three Boston shows in 2010, I attended the Boston Fenway show with a sort of smug, almost elitist attitude. As a lifelong fan of everything Floyd/related and having attended both the 1988 and 1994 PF shows, as well as Rog’s 1999 ITF tour and both the 2006 and 2007 DSOM tours…I felt there was little left in the Floyd universe to surprise me. But…this was not just simply my 3rd Wall concert, nor my 6th Roger Waters concert…the spectacle that Roger & Co. put on last night was literally a defining moment in one’s life.

The “wall” itself stretched from left field (obscuring the “green monstah”) to the bleachers in right field. I heard on the radio that the Fenway wall was nearly twice the size of the one at TD Garden in 2010. I had been warned by many people that the acoustics at Fenway were horrible…if that’s true (this being the only concert I’ve seen at Fenway) then another attribute to Roger’s sound crew should be given because this show sounded AMAZING. I did notice that there seemed to be an unintentional delay effect at times, but that was only during very quiet parts and for me only enhanced the experience.

As for the music…well we all know it inside and out (again…thinking no surprises were in store) but “Brick part 2” has had a sort segue written to it. This was not an entire surprise as I had heard the Santiago show and he played it there as well so I figured it was being performed that way at all the shows.

As for the Fenway Park experience…neither $9.50 for a beer (or water) nor seats which I believe are still the original 100 year-old ones could mar this experience. And God bless the girl at the beer counter…she actually carded me (being 42 with little hair left and titanium rods in my spine, being carded is something I’ve longed for for quite some time).

As he exited the stage at the end of “Outside The Wall”, choking back a tear I bid farewell to Rog as I have to assume that this was his swan song and that I will never again attend an RW show (though this was also my assumption in 2010 so who knows…). One thing is certain, he will never play The Wall at Fenway Park again…I feel truly blessed to have been a part of it. Thank you so much (again), Roger.

Above review & image thanks to Syd Bacon

Above pictures thanks to Jane & Franz Svoboda

Above pictures thanks to Richard Gastwirt 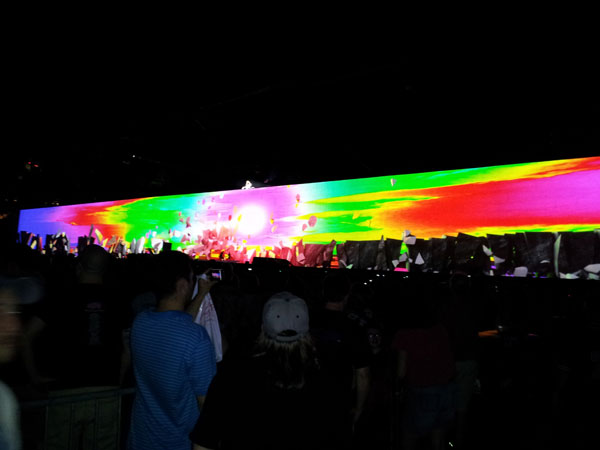 Above picture thanks to Ray Falcoa 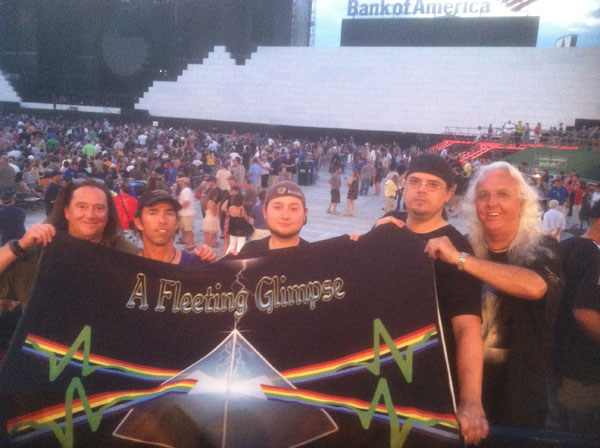 Greg, Bob, Drew, Matt & Col all from the AFG forum (Pic thanks to Drew Beale) 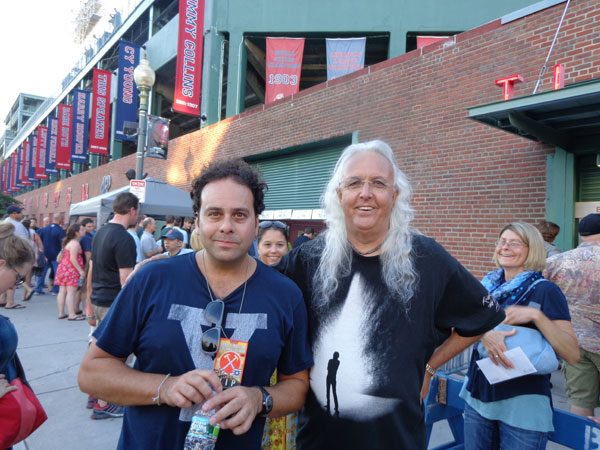 Jon Carin with Col from AFG

A Show In Two Halves

I know that many people are claiming that this was the best show ever but I have mixed emotions about it. Boston was the City that was selected to hold the 2012 AFG Forum Convocation, and I met with so many friends (both old & new) that it may have clouded my judgment about the show I guess.

The first half was enjoyable and it felt great to be seated with friends in the legendary Fenway Park. I kept looking around at the crowd in amazement and not believing I was really there! The band were tight and the projections just keep getting better & better. We were seated right of center just off the field and had a great view, even though we were a fair way back from the stage. There was a small synch problem, in that we could hear the sound coming from the stage and then about half a second later from the right speakers suspended from the roof. However it wasn’t too bad and I really enjoyed the first half.

But the second half was a nightmare for me. It started with somebody being run out of the stadium on a stretcher and it went downhill from there. About the second song in a disturbance broke out just to the right of me, directly across the aisle from where I was sitting. I won’t go into all the detail but it escalated and almost resulted in a brawl. Fortunately security finally got it sorted and ejected 4 of the women who were responsible for starting it. However it had gone on for about 3 or 4 songs and totally brought me down. Then to top things off, the sound was REALLY out of synch and sometimes it seemed as long as a 3 second delay. I really couldn’t settle down until the Trial started, so what was a really good first half was wrecked (for me anyway) by the problems in the second half.

I did start to think though that this was like watching a movie with a live band (A bloody brilliant one) playing along to the film being projected. Maybe I’m getting jaded, or maybe the show is now being over produced (With the HD projections on the side wings not being live shots, which results in you seeing a movie shot somewhere else. Even the kids on stage are not projected live, which is a real shame for the kids performing on any particular night).

I’m off to New York to see the first show there but then it’s back to Australia for me to look back on the most amazing time I have ever had in the USA. 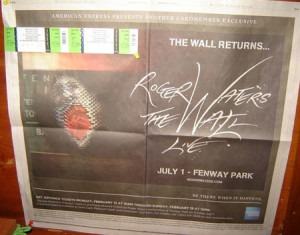 Above thanks to Dave Roiko 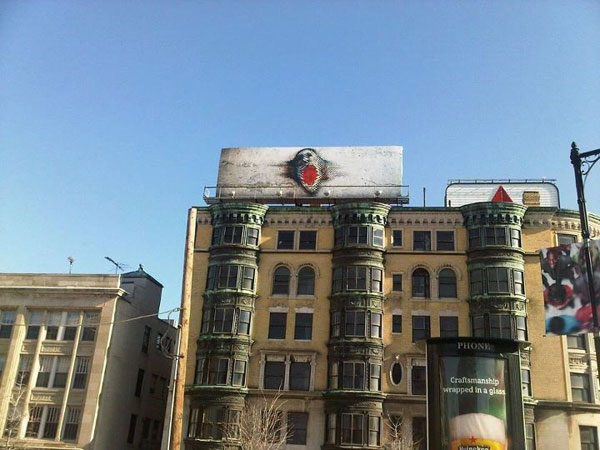 Pic taken on 1 Feb in Kenmore Square, around the corner from Fenway Park
(Thanks to Matt Leonard)

Ticket scan thanks to Syd Bacon

Ticket scan thanks to Mosha Yakov