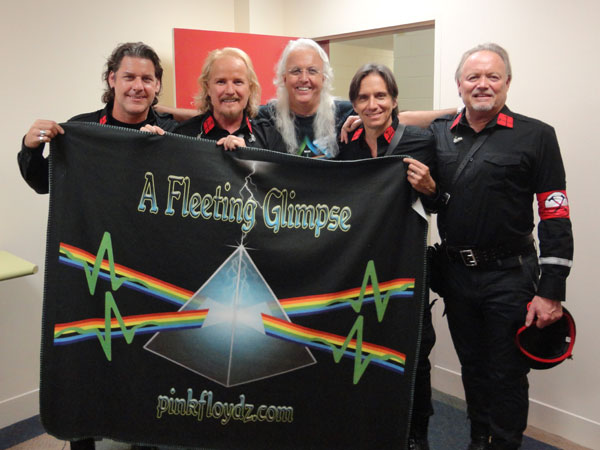 What a crazy night!

I had very little time for the pre-show meet up (so sorry if I missed you) but tonight was a bit special in that I had back stage passes and had to leave early (told you in yesterdays report I had a surprise).

Accompanied by my good mate Ben Day we trudged back stage and the first people we bumped into were Beth & Mark Gunzinger, who I have known for years and met in 3 different continents! We said a quick hello (we had met up with them the night before but had no idea they would be back stage). The Gunzingers were there as guests of Jon Joyce, who within seconds of us arriving in the hospitality room popped his head around the corner. 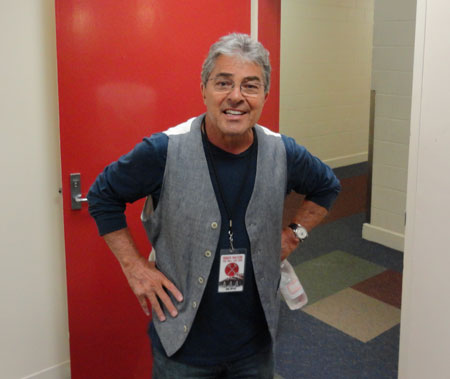 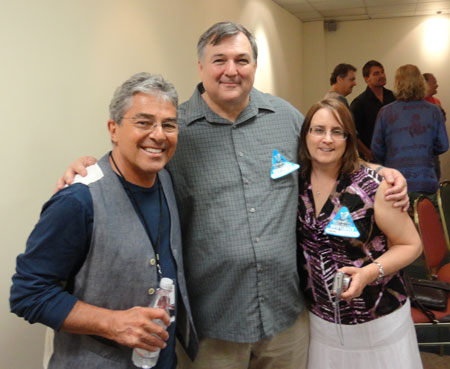 Jon Joyce with the Gunzingers

Next to arrive was Mark Lennon who recognised me when I called out to him (as you can see in the picture below). 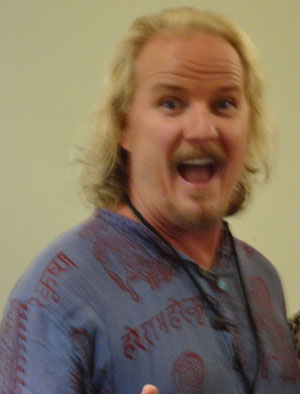 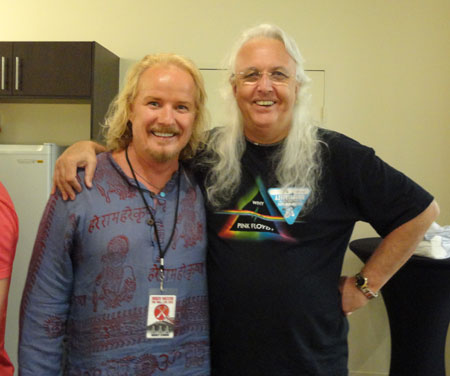 Next to arrive was Robbie Wyckoff, who greeted me with a loud “Col” and proceeded to rib me about my repartee with Roger the night before (Thank you, no thank you etc etc etc). 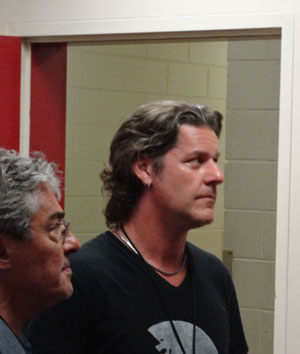 Then in walked Kipp & Pat Lennon 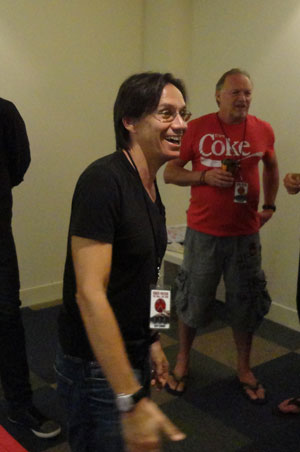 A lot of idle chit chat ensued and I have to tell you these guys rock! Not only do they all have wonderful voices but every one of them is down to earth, friendly and very likeable. Obviously I thanked them for the series of interviews that were done with them for AFG last year and they said they were delighted to do them. All are having a fantastic time in Australia and are absolutely loving where they are currently staying. (Can’t say where because at time of writing they are still there).

So, after getting to know them all a little better I managed to grab four of them for the picture below. (Note, at this stage they didn’t have their uniforms on). 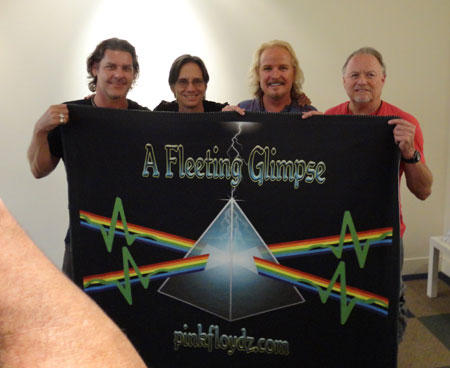 Time was marching on and we had to set out to look for our seats, which were in the absolute back row. (I want to see this show from as many angles as I can). So off we went to climb up about 1000 steps! Below is the view we got. 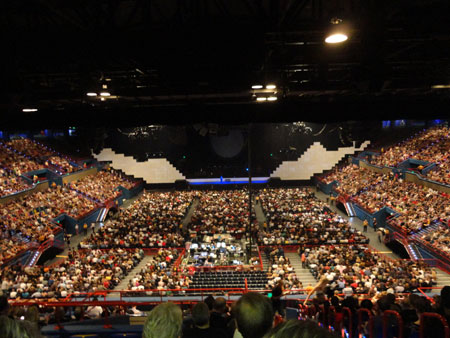 The show got underway and again there were no surprises although the crowd did seem more animated tonight with a massive mexican wave going around the arena.

Here’s a video of Mother I shot taken from the back row. ( A couple of idiots decided to get up and move half way though, so there is a slight loss of vision for a few seconds)

At interval, Ben & I went backstage again and had another quick chat to the guys. This time they were in uniform so I decided to grab another photo of them holding the AFG banner. (See picture at top of page).

As we were about to leave the back stage area I spotted tour manager Andrew Zweck and stopped for a quick chat. He remembered me from our meeting in Denver way back in 2008 (I had also met him in Sydney in 2002). We talked about the show and then got into a really interesting conversation about David Gilmour & Dave Kilminster. I can’t relate the story here (as it was personal) but can reveal it was very interesting! (Sorry to tease).

To get back to our seats we had to walk across the floor area. Ben was keen to tackle those 1000 steps again but I wasn’t, so decided to grab an empty floor seat, fairly close to the stage. Bad plan! I had only been sitting there a minute when the rightful seat owners turned up. I immediately moved to the row in front and started to settle down, when bugger me, the rightful seat owners for those seats turned up. So I seat hopped again, but made the mistake of moving across the aisle. That’s when security bagged me! Cutting a long story short, after telling security I had lost my ticket (big fib!) they told me to go and stand on the side for the rest of the show. I was happy about that, so proceeded to stand on the side. I think I had been there 10 seconds when another security guard (not as friendly as the first) told me I couldn’t stand there. I tried telling him that I had been told to stand there, but he was having none of it. So, I walked up 3 steps found a seat on the side and that’s where I remained for the second half!

Here’s a few pics taken from that seat. 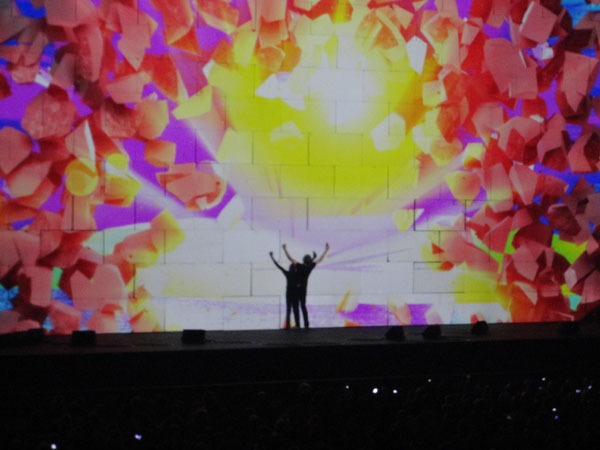 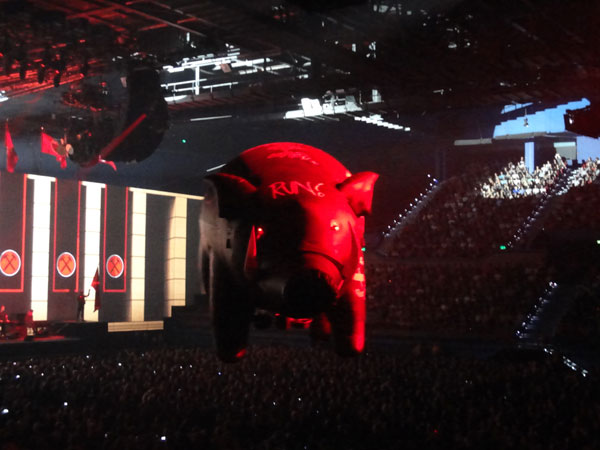 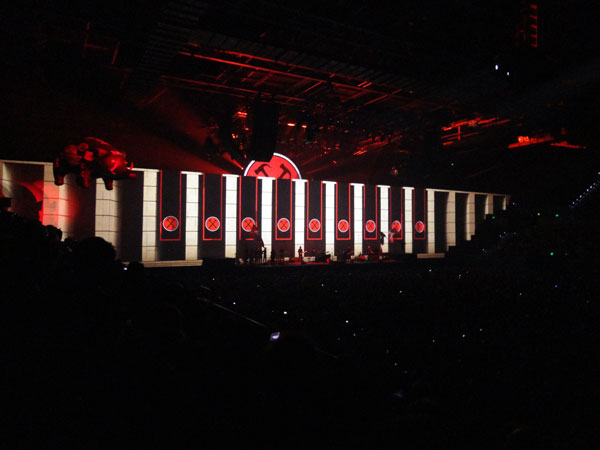 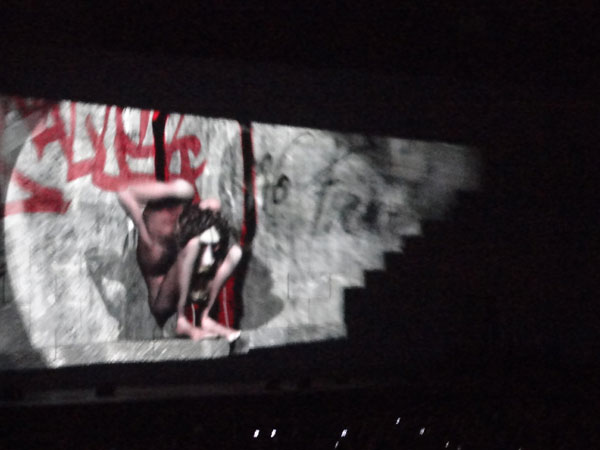 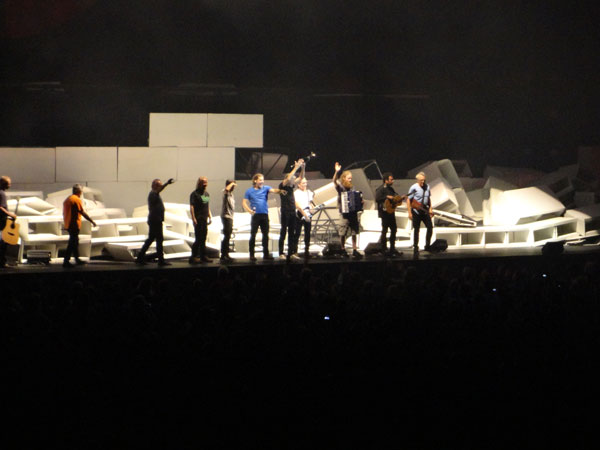 I will be back on Saturday night for the show then. Watch for the report.