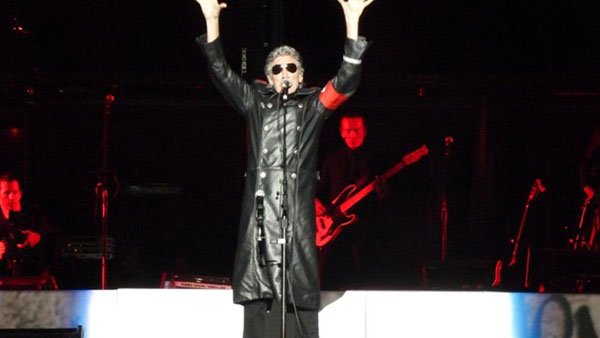 This was the first time we had seen the stadium show from close up, we were 16th row dead centre tonight. It was great to see all the crowd behind us and where our seats had been the night before!

I took a quick look at the merchandise stand and noticed the T shirts were only $25 each! these are the official ones that are $50 upwards normally, i guess due to the wages and economy here in BA they cant get away with the higher prices and selling some T shirts cheaper is better than selling none at all!

First thing i noticed about the wall was how big it really was, it was HUGE! as small as it had looked from the rear of the stadium the past two shows it certainly wasn’t and it was clearly nearly twice the length of the 2010/2011 arena shows. As we sat in our seats it totally filled our field of vision, kind of like an Imax theatre screen, even when you moved your head from side to side the wall was all you could see.

A lot of people seem to be worried about the size of these shows, however, when your seats are towards the front the only thing you notice is what’s in front of you, there could be 2000 or 200,000 people behind you, you just don’t know, thus the size of the venue and crowd really doesn’t affect this show if you’re in the front block.

Seeing the projected images and the video on the end of the walls from this close really does blow your mind! as anyone that has met me or seen me at shows will know, i really do like seeing the show from as close as possible but i really would suggest that anyone seeing the show only once see’s the stadium show from at least half way back to get a real feel and view of the complete thing. I don’t regret for one second seeing the first two shows from the very rear of the stadium, but being in that first 10 to 20 rows is my place of choice without a doubt. 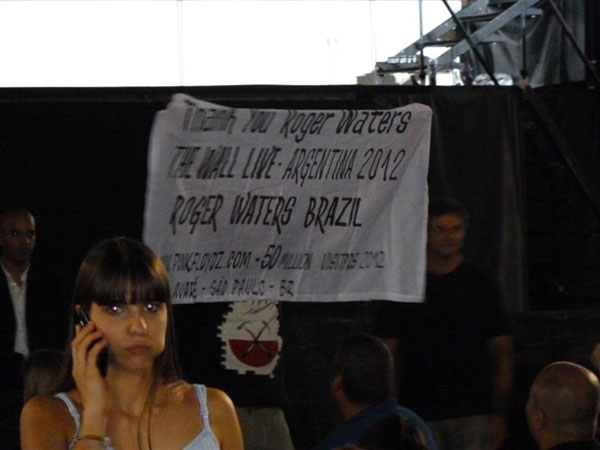 The show tonight was faultless, the video and audio was in perfect synch, the band were very tight and Roger was as happy as ever to be onstage. There was however one problem! The Gestapo style venue security! We had talked to a friend from Uruguay the day before and he was telling us how the Argentine authority and the venue people no longer allowed the huge shows like what you see on YouTube by AC/DC and a lot of other metal bands. The reason is because all the people on the floor are standing and jumping up and down at the same time and believe it or not local residents are finding cracks developing in their properties!!! the security now don’t allow you to stand up at all for the shows! the second your on your feet you find one of the “men in black” either coming over and telling you to sit or shining a green ser in your face to get your attention! kami had a chat to the one near us and he told us that Rogers security had told them that the crowd could only stand up during Another Brick and when Roger says the line “Can you stand up” during Comfy Numb, we both knew this was absolute rubbish as the band and Roger enjoy the shows so much more and feel the energy from the crowd a lot more when they are all standing. I had a chat to Rogers security guy Simon last night whom I’ve known for over 10 years, he said they are aware of the problem and is going to try rectify it for future shows however the language barrier appears to be a slight problem and the venue’s security like to think that THEY have control. 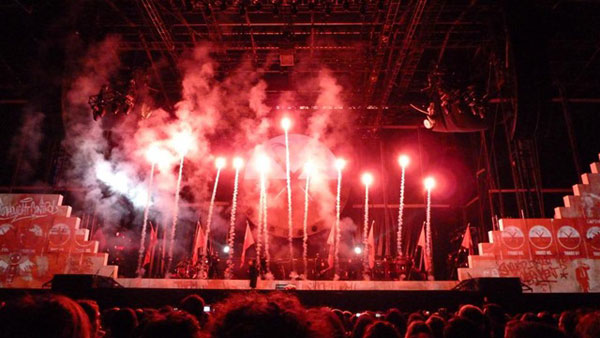 The final nights show here in BA will be all standing on the floor as its general admission, i wonder if we are all gonna be told we cant jump up and down and have to remain still! As a note too the last two nights here in BA are going to be professionally filmed!

The crowd did stand during Run Like Hell, i cant even imagine sitting down and listening to this track! The projections during this continue to blow me away, especially the 3D effect when the bricks come out at you, they’ve changed this quite a bit. For one its a lot faster, they come in and out faster than they did and the second thing is they’ve changed the texture of the bricks as they come out at you which makes it look even more 3D than it did! 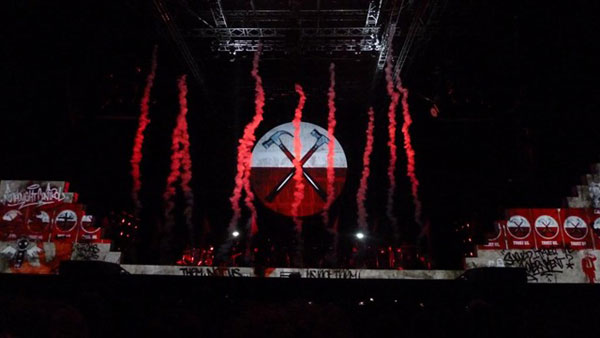