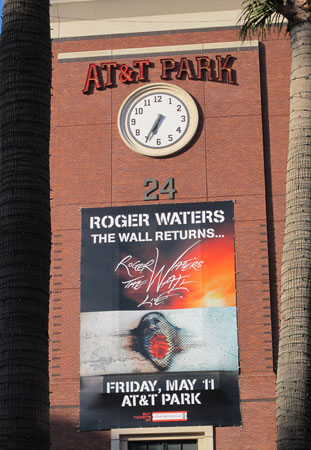 I attended the show early in the afternoon to walk around the beautiful ball park and take in the enormity of the stage and setup.

The roadies in the back were busy for 3 days setting everything up and when the show began it was a masterpiece of music, theater, and statesmanship.

It was an unusually warm day but the fog rolled in around show time and cooled everyone off including Roger who had to put on a black hoodie sweatshirt midway through the show to keep warm.

The sound was spectacular for those on the floor and speaking with a friend who was back in the stadium seats it was exceptional there as well. I liked the way he has tweaked the show since last time.

He has more live projections of the band members singing and playing and I noticed he had a shortened version of Another Brick in the Wall Part 2 which last time featured Harry Water’s doing a brief organ solo.

Most of the crowd was on their feet the whole time and the show stoppers of Run Like Hell and Comfortably Numb sent the crowd into a frenzy.

All in all only a few select artists can do a stadium show well and Roger the perfectionist has pulled off a piece of history. I only wish he isn’t finished playing after this tour………. 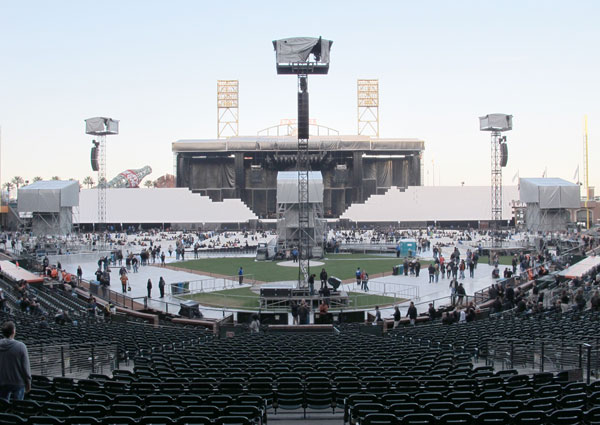 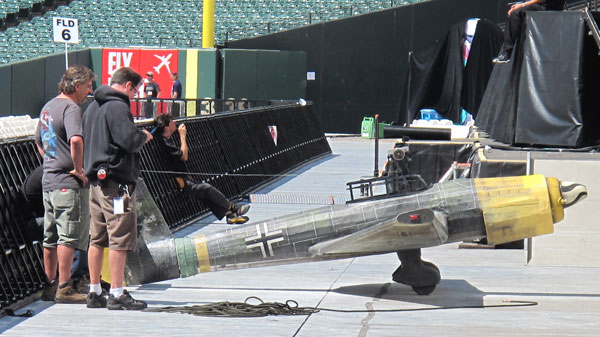 Review & above pictures thanks to Eric Meshel

IMO, I think this show is probably best viewed from the field.

I sat behind home plate for this show (or where the batter stands for those of you who understand cricket and not baseball). While the show it self was spectacular, I think for the people sitting far back, some if not most, would have felt left out or easily distracted.

Maybe it’s just me. Lucky for me, I had a pair of killer binoculars that put Roger and all very close up otherwise you could barely tell what was going on as far as roger and the band.

Those towers on the field don’t help either.

As for the show it self. I think the band sounded great! Placement of speakers were key to this and for us in the back, we could really hear that surround when it kicked in.

The one thing I didn’t like about the show dealt with the projection. On both sides, and I first noticed it during “What Shall We Do Now?”, they were projecting what was on Mr. Screen. And I understand that that is to the benefit of the people on the far left and right that can’t see Mr. Screen directly, it is placed right over the vine of the flowers and breaks up the continuity (not sure if that is the right word for it) of the animation. And in my opinion, it would be like putting a thumbnail picture of the Mona Lisa directly on the canvas of the Mona Lisa. But none the less, it was a great show, but I think I like the indoor show much better. So far any way.

I am on the field at Wrigley and may have a different opinion for that show.

The end of Roger Waters “The Wall” show at AT&T Park on 5/11/2012. The Wall came down then the inflatable pig, already wounded from the start, finally came down and crowd surfed for the last time.

It looked the pig tore a leg when it was pulled over the left side of the wall during the rally. Then the wind coming off the cove pushed it into the crowd where it got torn some more before finally set loose back into the air. Then this happened…(above)

I saw bits of the pig being waved about by people as they cheered and walked away. RIP Rally Pig!