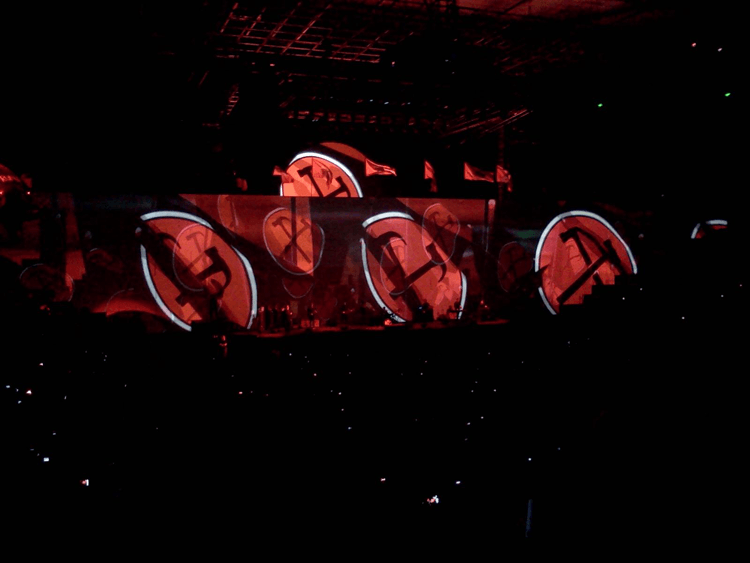 The concert itself was top notch, but I didn’t expect anything else, really. The audience was quiet throughout the show, and bursts of applause quickly subsided when the next song started, something I found very appropriate. I had the overall feeling that the crowd really knew and identified with the show and its message.

Roger’s ability to play emotions is incredibly precise. The show pulls all registers when it comes to moving people, but it never seems over the top or exaggerated. I felt this even more this time, where I knew what was coming. I believe this is rare, because I usually become more analytical and detached from a presentation with each time I watch it. Moments that stand out are the words “No Fucking Way” written on the wall after Roger asks “Mother should I trust the government?”, which always causes the audience to roar, the new animation to Goodbye Blue Sky and the film of children meeting their fathers who return from war during “Vera”. The climax in terms of emotions for me was the In The Flesh/Run Like Hell nazi rally, which always gives me the creeps. The audience is used mercilessly to show how easy it is to turn crowds into a mob, and one feels torn between the urge to participate and disgust. This is in my opinion the best executed political statement in rock history, if I may speak in absolutes.

It was great to hear the additional, acoustic verse of Another Brick In The Wall Part 2, which was not yet added in the Hamburg shows. As en encore, we were treated with a rendition of “Waltzing Matilda”, like the last show in Brisbane.

All in all it was a fantastic show, and maybe the last time I will see one of Roger’s concerts. If the chance arises, I will certainly come again! 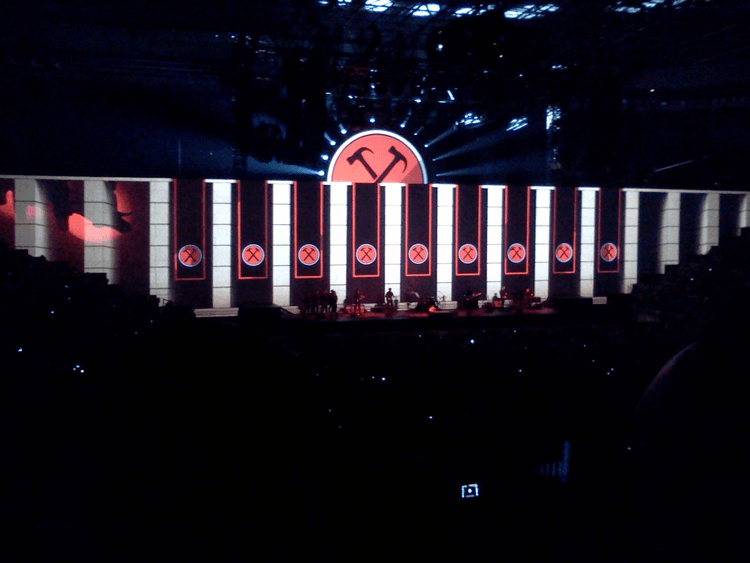 Review & pics thanks to Greg Garrett