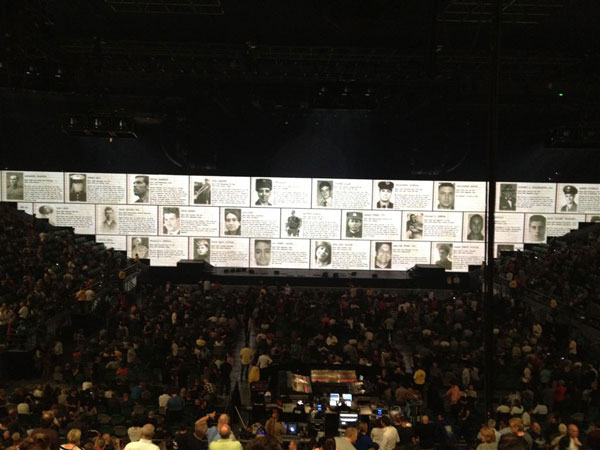 Last night I attended my fifth Roger Waters The Wall live show in Australia. Two in Perth, two in Brisbane and the first of four in Melbourne and two in Sydney. Call me an Australian Simon!

So I wont go into re-hashing old reviews of the show, but will make comment on the unique aspects of each show.

For the Melbourne show, I think I had the best seats I have had so far. In Perth I was way up the back, which gave me a great feel for everything, but removed a lot of the intimacy of the show. In Brisbane, front few rows, incredibly intimate (especially the Col / Roger Waters love fest) but was cranking my neck to see a lot of things particularly the musicians. For this concert I was just to the left of the stage in the first row off the floor, just in front of where the hotel room comes out for Nobody Home and under where the pig comes out.

This was great because I got a great view of the whole wall, and got to see the stage opening up as the gear was elevated to the stage at the end of comfortably numb. Only downsides where not seeing the mother inflatable properly (why is it behind the wall?) and the bricks obstructing my view of the fucking flowers on the circular screen in What shall we do now. And of course felt like I was with Roger in his hotel room in Nobody Home.

Musically, the performance was spot on, and a far more animated and appreciative crowd than Brisbane, which Roger clearly appreciated. The Wall still has a special place in my heart, it is the only album I still put on often and listen to from start to finish, and is first on my list of desert island discs.

So I can sit there every night, sing away to my heart’s content, and lap up every bit of it. And dare I say it for fear of starting a flame war, I didn’t really miss Gilmour. Because it is really Roger’s album. I was a harsh critic of the DSOTM tour. For mine it was ‘in the flesh’ re-visited, and Rog really didn’t do much in the second half of that show. But the Wall Live is all Roger. The only bit where Robbie annoyed was in The Show must Go On, where he puts all that American/Australian idol vibrato in the song, and it just doesn’t do anything positive to the song. Maybe it is because this song is out there alone, unlike other songs (hey you, the thin ice etc) where Robbie starts but Rog comes in with the stronger closing sections.

And again, not wanting to continue the flame war, close your eyes and Dave K could pass for Gilmour.

So, what were the unique things about this show

Above review & images thanks to Tim

Last night was great, the venue was fantastic and compared to Perth, the sound was better. It was great to see the bigger wall in Perth but I think the standard sized one last night showed the effects of the wall better.

I am definitely noticing more now after a few concerts, like when Roger ducks a section of the rotating wall during the trial.

No changes or extra songs last night, but no complaints, the band were perfect. The wall came down the best I’ve seen so far, not one brick fell backwards and when it came forwards, it nearly hit the first row. 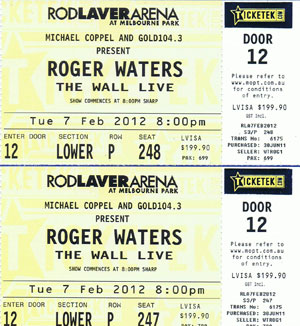 Above review, pictures & ticket scans thanks to Dean Anderson 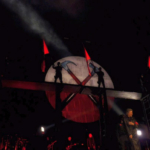 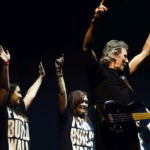 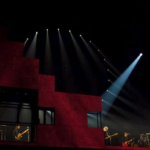 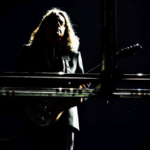 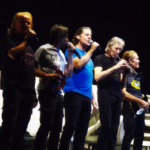 Above pictures with thanks to Stuart Ilsley