We took our seats at around 8:30 and watched the crowd and the guys onstage with towels mopping up any remaining water from the earlier rain. The instruments and front stage was covered in plastic sheeting that was only removed 10 minutes before show time. The extensions to the wall at either side are not actually bricks, nor are they sheeting painted to look like bricks like was used on the few extended walls in Europe. Its actually made by erecting scaffolding at the rear and then sheets of car the exact same shape size and colour of bricks are stapled on at the front! I’ll try take a picture of this at the next show to show what i mean. What the earlier rain had done is warped a few of these and until the projections were shone on the wall you could see that each sides of the wall looked warped and out of shape a little.

The show started at 9:15 and the launching of the pyros and shining of spotlights showed a few spots of rain up but not many. 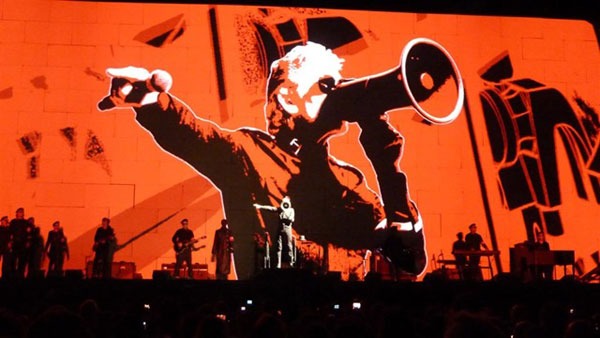 It was during Another Brick part 3 when the heavens opened up and my wish came true, we got rain! It hadn’t been as humid here tonight and even though the weather was warm when it rained it turned ever so cold and the rain itself was freezing when it hit you! Everyone opened their ponchos and put up there umbrellas and Kami and i just huddled down a bit and sat there and got a little wet!

Of course a little rain wasn’t going to stop the show and it carried on regardless.it didn’t last long, maybe 10 minutes at the most before everyone started taking off their ponchos again.

Roger did his usual speech in Spanish at the beginning of Mother but tonight he read it all off a screen in front of him on the floor below the stage. Just before he did his “it was 30 years ago that we played the wall….” part he started to strum Wish You Were Here on his acoustic guitar, I’ve heard him do this at a couple of shows before however he really got distracted by this, took a second to compose himself and then said “ok where was i”.

The band were faultless again tonight and the huge roof that’s being built over the stage at these Stadium shows obviously did its job holding the rain off the equipment. There’s actually two roofing and scaffolding structures being toured at the stadium shows, they are “leap frogging” the roof meaning there is already one being set up in Brazil now so when the shows finish here only the actual wall, front stage and equipment need to be sent to Brazil, expensive way of doing things but so much quicker!

Roger is still spitting on the stage during One Of My Turns, one day I’ll ask him what the relevance is as it surely cant just be coincidence that he does it at the exact same part of the show every night! 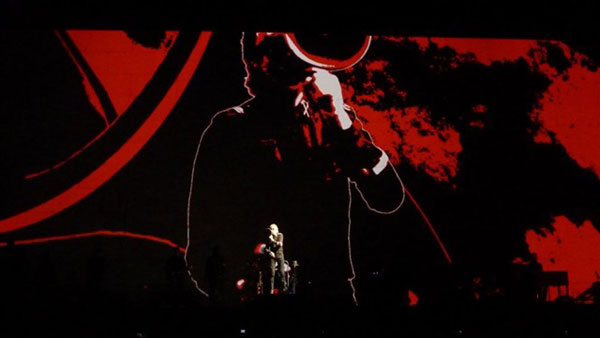 We were sat directly in front of the VET that Roger invites to each show tonight ( and the last show) at intermission they are taken to meet Roger and get a signed picture and a t shirt.

The rain had more or less stopped as the 2nd set started and due to the rain it was no where near as humid as it had been at the first few shows.

Run Like Hell got the people to their feet even though it was starting to rain a bit again, just wish we had brought a towel to wipe the seats off after the rain! Not sure what happened to the pig last night and tonight as we were too far forward to see but I’m guessing its now a regular occurrence that it gets brought down and ripped to shreds by the crowd. 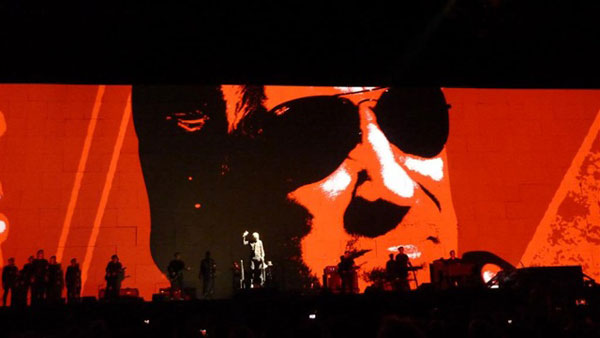 Above images & review thanks to Simon Wimpenny. 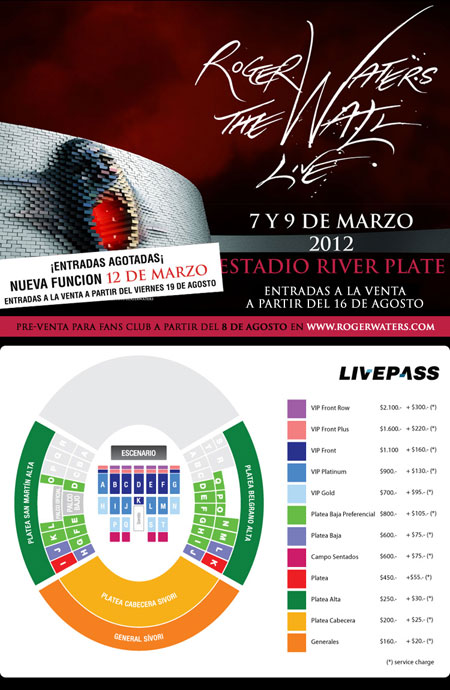