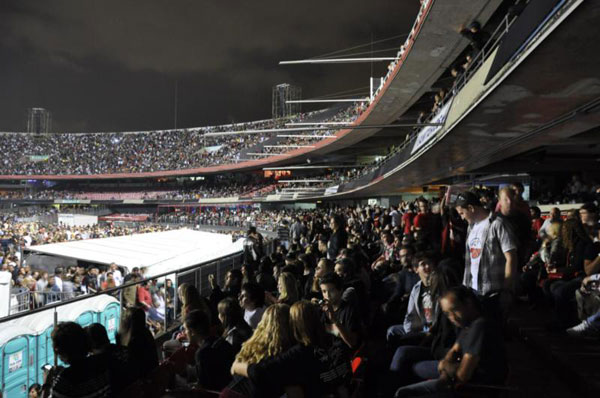 Roger Waters, was in South America with The Wall as a machine, snatching new fans, and letting those who already knew his work completely raving.

In Brazil, we realized this fact because many people who had planned to go just for one show, went once more.
We was in bleachers, we had a good view angle of the stage and we saw the field so crowded, all standing on that day, everybody standing, the whole Morumbi Stadium crowded, more than 65000 spectators attended the show, an audience that sang and applauded Roger Waters so much, it was fantastic. The sound, as always, clean, with a great quality. At the beginning of the afternoon, a bit of wind crook some bricks of the wall but that and we were afraid but in a short time the bricks were repaired, and a few time before the show starts the wind completely stopped, and the night was perfect, as we say here in Brazil “his saint is strong.”

The scenery was ready, approximately 19:35 pm, lights went off and Pink comes escorted on stage, In The Flesh begins and let the fans raving when the Stuka airplane hits the wall. The show follows perfectly, the tribute to Jean Charles, let everybody emotional, Roger was applauded so much.

Comes the intermission, and the images of people who were killed in wars and conflicts are stamped in the wall, and one thing that many people don’t understand, is that the songs that are played in the range, are dirge, from all over the world, we talk to some people around us to explain what was going on, but this is still unknown by many many fans, even those who know the work.

The second part starts, which in my opinion is the most complex.

On track In The Flesh part 2, the big pig comes on, with messages to brazilian people as: Brazil is secular!

The pig din’t went up so much and passing by the front of the stage he not resisted, was pulled by fans in an impressive scene, the pig trembled with people trying to rip and grab a piece and in a few minutes no longer existed, was wrecked. The show follow incredible until the end. Roger was so happy, he shows it, and he was thankful too, Roger offered the show to Jean Charles de Menezes.

The conversation after the show is that many people would be back on Tuesday 3rd, and of course we will be back too! 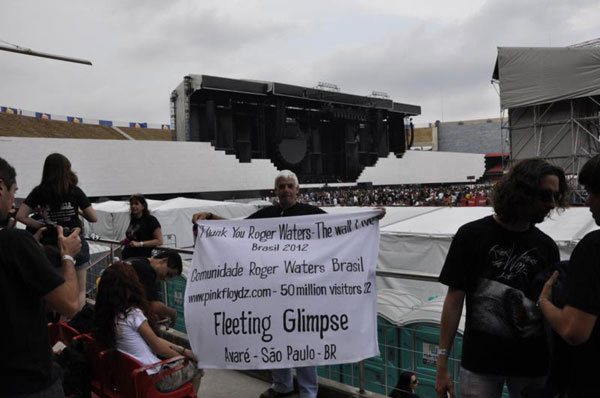 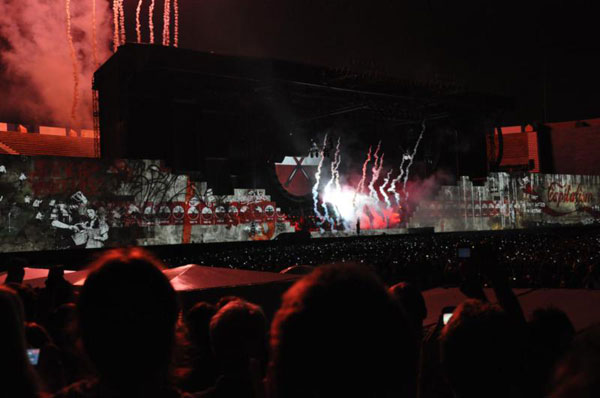 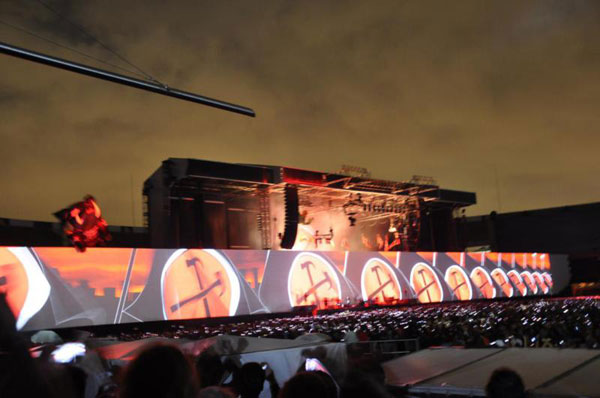 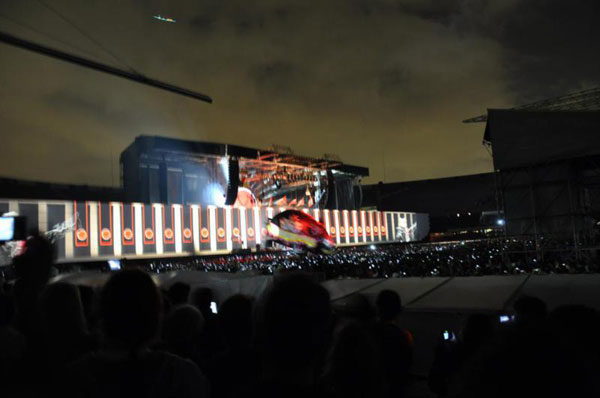 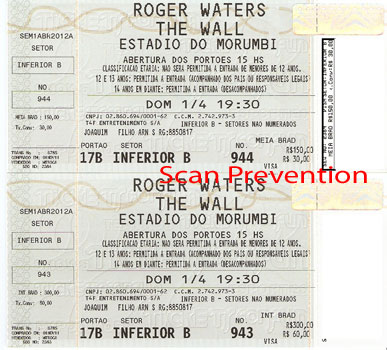