David Gilmour took Us in a fantastic Time-Machine

The Venue was awesome. The acoustics were out of this world and the light show was like seeing Floyd Pre Dark Side Era. The audience – mainly Italian, though there were at least seventy Maltese in the audience, some Americans and also some Croatians – were all Floyd fanatics as it reflected in the way they sang, cheered and shouted through the gig.

First part of the show was On an Island in full. I have played the album at least fifty times before the concert and still I think it was done exceptionally professional live on stage. The improvisations, the solos, the way it was heard… On an Island showed if there was a need of confirmation, that Gilmour is a unique musician. 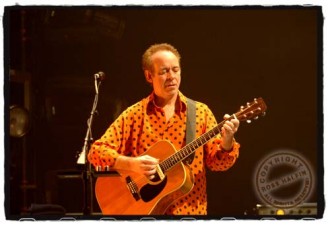 Thanks to Ross Halfin

Stand out tracks in the first part were the title track, This Heaven and Take A Breath which is surely becoming one of the favourites of all Pink Floyd Fans. A surprise for me was when David played the sax on Red Sky at Night, thought it was Dick Parry who was doing that part in the live shows. David played the sax with passion as if he was playing one of his guitars.

Second part obviously brought more enthusiasm from the 2400 people packed into the theatre. All the Floyd songs were being met with cheers but the stand out track was surely the 21 minute version of Echoes which for me, and most of those present, were taken into a time machine back to the Pompeii days.

And what a version it was! David and Rick were really synchronized and they played it from the heart. Hope it will be on DVD soon as I want to see and listen over and over again. A pleasant surprise for the night was Coming Back To Life as knowing the set lists of the other gigs I never thought it would make it to Milan. But it did and it was done in an excellent way.

Before the encore I decided to start cheering the Italian chant Ooo eee Ooo Ooo or something like that as it is on the Pulse album and all of a sudden the whole audience joined in the singing, then came wish You Were Here and Comfortably Numb.

I saw people wiping tears from their eyes, and others sobbing at the end of the concert. It was surely a night to remember!!! David, Rick and the other guys in the band managed to take us all to a fantastic time machine that all present will surely never forget…

Thanks to Charles Marsh

PART 1:
Castellorizon, On An Island, The Blue, Red Sky At Night, This Heaven, Then I Close My Eyes, Take A Breath, Smile, A Pocketful Of Stones, Where We Start.

PART 2:
Shine On You Crazy Diamond (parts 1-5), Wot’s… Uh The Deal, Wearing The Inside Out, Coming Back To Life, Speak To Me, Breathe, Time/Breathe reprise, High Hopes, Echoes, Wish You Were Here, Comfortably Numb.