Welcome to the On An Island Tour Main Page. Please use the links on the left to visit any Tour Room 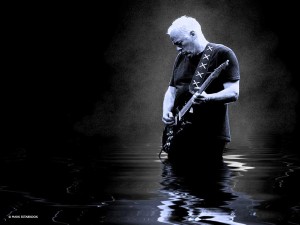 Back in May, David gave a very personal interview to the German magazine Süddeutsche Zeitung. There are many interviews around at the moment, but this one touches on the more personal aspects of David’s life, and is worthy of your attention. It was translated from German into English by PF Junkie (Jens) who just happens to be Dutch! Thanks Jens. READ ME (doc) 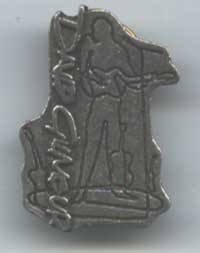 Official On An Island badge sent in by Alex from Moscow

Our friend Randy over at Outside The Wall, managed to score a short interview with Guy Pratt recently.

Interviewer: David has said in the past that he did not enjoy playing echoes without Roger as much, but it has become a staple and fan favorite on the tour. Any idea what changed his mind, and do you enjoy playing it as much as we enjoy hearing it?

Guy Pratt: I still can’t believe we play it!! I LOVE IT!!! YOU HEAR ME!!!! We tried Echoes on the 87 tour, but some of the younger players (mentioning no names) couldn’t get their heads around the free form nature of it, so we had to give it up, I don’t really think it was lack of Roger that put David off. I would like to go on record as saying I think this band plays the best live Echoes that’s ever been.

Another David Gilmour Date Added As had been widely expected, David has added another concert to his tour. His Management have advised that David will now perform in Poland in front of an estimated crowd of 100,000! The concert, to be held on 26 August, will be at the Gdansk Shipyard, and and marks the 26th anniversary of Poland’s 1980 revolution, where nation-wide strikes led to the eventual fall of communism. Ticketing information will be available soon. TOUR ROOM

By popular demand Judging by the amount of emails, many of you really enjoyed Mark Estabrook’s images of David Gilmour in action at the Radio City Music Hall on 4 April  Mark has now kindly provided us with another couple of very special images, that make outstanding wallpaper, or can be added to your collections. Please remember, the images are for personal use only.

Simply Stunning Check out these beautiful professionally shot images of David Gilmour performing at the Radio City Music Hall on 4 April. They were provided to us by documentary film maker Mark Estabrook, and make magnificent wallpaper for your computer. Click on each image for the full stunning view. All images are copyright. Mark has no problem with you using them for your personal use, but please do not use them on web pages and the like.

New David Gilmour Dates Announced We have had official advice direct from David’s Manager that additional dates have been added to David’s tour. Curently confirmed are:

There are additional dates on the way.

David Gilmour Rehearsals Gossip. Guy Pratt made another entry in the David Gilmour Blog where he states “Another long and fruitful day… Looks like we’ve got the set closer, and it’s a beauty….. ” (Tease!) We also know (a little birdy told us) that the following song was rehearsed……….. Wearing The Inside Out

Dick Parry Added To David Gilmour’s Lineup! We have had official notification from David’s Management that Dick Parry will now be joining David on tour. Dick, who is a Pink Floyd regular musician, will be playing the saxophone parts that David plays on the album.

Nick Mason will be at Royal Albert Hall! Sadly, not performing with David & Rick, but a whisper has it that Nick has booked a ‘Box’, and we understand it’s for the final performance of David’s tour on the 31st May, although that date is not definite. (Thanks Werner)

Busted! Ticket Agency Getmetickets.com have been shut down by the Government. These are the charming people who were asking £777 for a standard David Gilmour seat at the Royal Albert Hall! Good riddance to bad rubbish is our opinion. Read the story HERE (Thanks to Matt for the heads up). 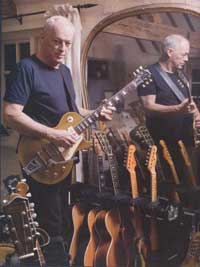 You can order the On An Island CD by using the following links. US | UK

I’m very much looking forward to this tour and making music with the great musicians in the band. I’ve had a fantastic time making ‘On An Island’ and really want to perform tracks from it, along with my more familiar repertoire. I’m rather hoping that with this tour announcement people will believe me when I say, honestly, this is the only band I plan to tour with!” – David Gilmour