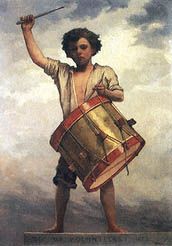 Adding to the disappointment of having my name removed from Albert’s Psychedelic Breakfast, I was also to miss out on my only drumming opportunity with the Floyd.

David Gilmour had come into the studio with Fat Old Sun almost complete. He just needed the drums. Nick was away showing off a few of his cars at a motor show. So Dave, eager to get his song finished, asked if I’d be able to play the drums on it. He explained that for contractual reasons I wouldn’t be credited on the album, but I didn’t care. I just thought it’d be brilliant in years to come being able to tell my grandchildren that I played drums on a Pink Floyd album.

So I went in and layed down the drum tracks, and I don’t mind saying I did a fabulous job.

But when the album came out my drumming was nowhere to be heard. Dave had decided he could do a better job of it, and ended up playing the drums on it himself.

That hurt. A drummer out-drummed by a strummer. What a bummer!