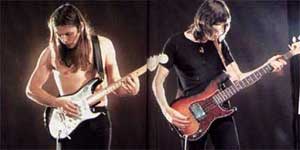 As I’ve mentioned, I did cause a few stuff-ups in the early days, but generally speaking the first few years went by without too much incident. There was great excitement in and around the band as they became more successful and sought after. But as far as my relationship with Pink Floyd was concerned, when they entered the studio in 1970 to record Atom Heart Mother the first serious seeds of change were planted.

Tension had been building for a while as the band worked on the title track. Their music had mostly been recorded, and Ron Geesin was brought in to oversee the addition of the orchestrated stuff.

Some of the brass players were clearly not happy about working with some dumb rock band.

They were far superior musicians, of course, having attained such elite status as playing in a brass band. How degrading it must have been for them to have to condescend to working with men of such questionable credentials.

So there was attitude, bucket loads of it. They’d pick on anything and everything the band had put down, and Ron copped the brunt of it.

Their biggest beef was the fluctuations in timing. As a drummer I was sympathetic to the difficulties of keeping perfect time, but I couldn’t really see what the heck all the fuss was about. I thought, so what if the music speeds up a bit? Just speed up with it! Are these brass players all robots? For goodness sake, people, go with the flow!

They really started to get up my goat. Firstly because they were carrying on like they’d rolled straight off the production line at a jackass factory, and secondly because they were sending poor old Ron Geesin around the twist. There was one guy in particular who was being such a pain that I just had to get ‘im!

During one rehearsal session I slipped a whoopee cushion* onto his seat. (What can I say? I have a weakness for the classics) The moron sat down and the cushion let rip. Everyone cracked up in hysterics. Except for him, of course. Once the laughter had subsided, Ron said “That’s the best wind I’ve heard from you since you’ve been here!”

Unfortunately that was Ron’s only moment of levity through the whole sorry process. The entire band continued to give him one heck of a hard time. So I decided to make one last “statement” to these cretins. I went out and bought a long strip of red carpet, and made up a sign saying “Brass Band Members This Way”. Just before everyone arrived on the final morning I rolled out the red carpet and put up the sign. The Floyd guys, particularly Nick, thought it was a crack-up, although I could tell Roger was a bit edgy about it. Unfortunately it went down like a lead balloon with the brass players, and they gave Ron what was probably his most difficult day of all.

In the end my pranks probably did get me offside a bit with Roger, which was a bad move at that point because I’d already got him annoyed earlier on while Floyd were laying down the instrumental parts of Atom Heart Mother.

The guys were deep in concentration doing stuff at the mixing desk. So while I thought nothing much was going on, I went up to a microphone behind the glass, and in a nasally voice said “Here is an important announcement”.

They all looked up in horror! The mike was on and my voice got recorded. Roger made a beehive for the door, and as he approached I shouted, “Silence in the studio!”, then ran like hell! 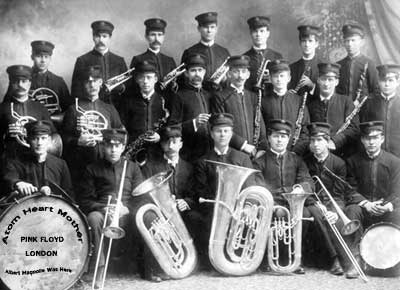 So Nick called out, “Mind your throat, Magoolie!” as Dave and Rick, realising no real harm had been done, just shook their heads and had a bit of a chuckle.

So as you can see I did a couple of dumb things which really got Roger peeved, but things got even worse a short time later in the studio’s cafeteria. ( Will I ever learn? )

There was a rather heated discussion going on about the band members’ songwriting abilities. Roger had made a few snide remarks about lyrics that Dave and Rick had written, and I felt he was being a bit unfair. So I chipped in with, “What about this, Roger? ‘If I were a swan I’d be gone’. What’s that all about?”

( Don’t get me wrong, If is one of my all-time favourite songs, and it has provided me with three of my best newspaper pseudonyms, F.I.Werra-Swann, F.I. Werra-Goodman and F.I. Gohin-Seine. But it’s not going to solve Third World poverty is it? It’s not going to reconcile the Jews and the Arabs, or rid the world of weapons of mass destruction. Not like Roger’s later work.)

The look I got from Roger suggested I’d gone way too far. And as he got up and left the table I’m sure I heard him mutter, “If I had a gun…..” Nick leant forward, chuckling, and said “One of these days he’s going to cut you into little pieces.”

You can do what you like to Roger, but never – EVER bag his lyrics! This ended up costing me a song-title credit.

*Ron Geesin referred to the whoopee cushion as a “wind pillow”. I have a feeling that’s where the title of the second song on Meddle, called A Pillow Of Winds originated.